Taylor Sheridan is expanding his Yellowstone universe to his home state of Texas. Thanks to the massive success of his western series on Paramount, the creator has signed a massive deal with CBSViacom to produce more content for their new streamer Paramount+.

Sheridan currently has the prequel Y:1883 in the works. As well as the spinoff 6666, which is based on a real-life Texas ranch. 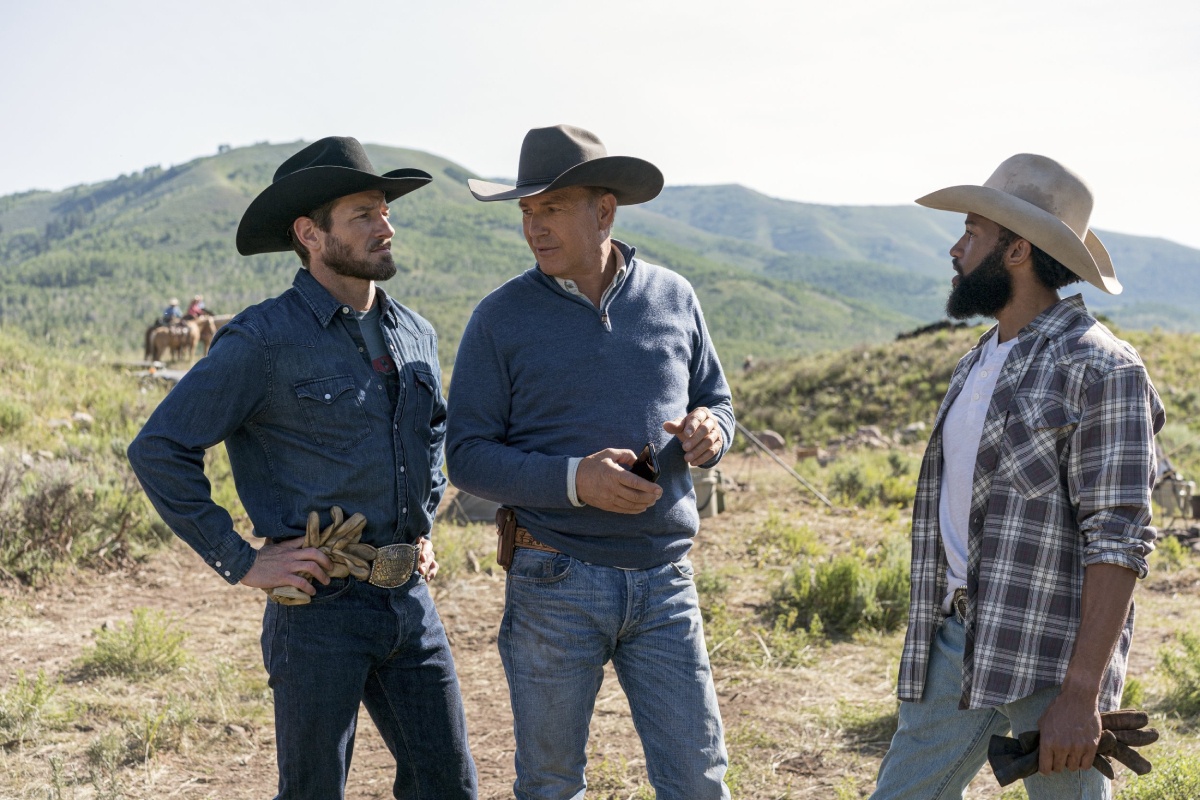 As fans know, Sheridan’s Yellowstone series is set at the fictitious Dutton Ranch in Montana. As the story goes, the Dutton Ranch is the largest contiguous ranch in the United States. At the helm is John Dutton (Kevin Costner), a sixth-generation patriarch of the Dutton family. He is constantly fighting off those who want his land.

The Yellowstone spinoff 6666 will be based on the legendary Four Sixes Ranch in Texas. This massive property actually is the largest ranch in the United States. It spans 260,000 acres, the size and scope of an entire county.

Texas is the heart of America’s ranch history. It’s where American cattle branding was born, as well as modern ranching itself.

According to the Four Sixes website, the famous ranch is located near Guthrie, Texas, in the western part of the state. The Four Sixes is dedicated to “the production of the finest American Quarter Horses and Angus cattle in the country.” It also provides “state-of-the-art veterinary and reproductive services.”

“The ranch consistently produces and develops some of the most highly recognized Quarter Horses by matching proven maternal genetics with the industry’s leading racing, cutting, cowhorse, ranch, and all-around performance sires,” the website states.

The Yellowstone prequel Y:1883 will introduce fans to the history of the Dutton ranch in Montana. At the Four Sixes, they still do things the same way they did when Captain Samuel “Burk” Burnett founded the ranch in 1870. He purchased 100 head of cattle wearing the “6666” brand from Frank Crowley of Denton, Texas.

The official synopsis of the 6666 series explains that Captain Burnett founded the ranch when the Comanches still ruled West Texas.

“Still operating as it did two centuries before, and encompassing an entire county, the 6666 is where the rule of law and the laws of nature merge in a place where the most dangerous thing one does is the next thing,” the 6666 series description reads.

The famous Texas ranch is “synonymous with the merciless endeavor to raise the finest horses and livestock in the world, and ultimately where world-class cowboys are made.”

It’s not clear exactly how the Duttons of Yellowstone will connect to the story of 6666. But, Sheridan says he had a strong need to tell current Texas stories.

“Being a Texan today and what it means to live in Texas — there’s a responsibility that comes with it, in that you really do represent the entire state,” he explained. “Everybody in Texas always represents the state. And so, there’s a sense of class and confidence that I think every Texan seems to embody.”

Sheridan says that Texas culture is about respect for others, regardless of whether or not they agree with you. He explained that Texans respect everyone’s ability to disagree or agree.

When will the ‘Yellowstone’ spinoff premiere?

The Yellowstone spinoff 6666 is still in the early stages of development. In fact, it’s not a guarantee that the series will have that name. As of now, that’s just the working title. There is no release window set just yet.

However, we do know that when it does premiere, 6666 will be on the new Paramount+ streaming service. As will the prequel Y:1883.

Seasons 1 through 3 of Yellowstone are available on Peacock. Season 4 is expected to premiere in June on Paramount Network.