It’s been a long road for Yorick and the rest of the characters in Brian K. Vaughan and Pia Guerra’s graphic novel “Y: The Last Man.” Initially planned as a feature film in the 2010s, the source material pivoted to a television adaptation that is now airing at a freakishly prescient time. There’s much to admire with showrunner Eliza Clark’s series, from the numerous stellar acting turns to a fantastic group of directors and the compelling action they craft. But it’s obvious there’s also dueling desires to please not just newcomers, but fans of Vaughan and Guerra’s text, which makes for an unbalanced beginning.

The audience is first introduced to Yorick Brown (Ben Schnetzer) as he’s walking the empty streets of a city with his capuchin monkey, Ampersand. Based on the gnarled cars sitting motionless in the street, it’s obvious the world has gone through Apocalypse 101. We cut to three weeks prior, before everything went pear-shaped. If you were one of the unfortunate few who endured the adaptation of “The Stand” all of this might give you traumatic flashbacks. Thankfully, the treatment of an “event” that kills off everyone with a Y chromosome is far more respectful and quick than anything in the Paramount+ series.

The mass extinction of those with a Y opens up crucial gaps in our infrastructure. Planes fall out of the sky, while our power grid and water systems are left defenseless. As Clark herself said during a recent TCA panel, the show illustrates how often men are encouraged to fill high-power jobs while women aren’t. There’s a great monologue by Diane Lane, who plays newly minted President Jennifer Brown, speaking to the one woman with the ability to fix the power grid. Brown emphasizes how it’s a job where this woman was the only female in the room. I know the adage is “behind every man is a woman,” but “Y: The Last Man” illustrates that men have often refused to put a woman behind them at all.

The first two episodes are predominately exposition-based, introducing both the characters and multiple arcs that will sustain the season. Some of these are more interesting than others. Lane carries this show, and the series’ best parts are focused on her as well as the numerous women in her cabinet. Episode 3, beautifully directed by Daisy von Scherler Mayer is enough to make you wonder why we’re looking anywhere else. Lane’s Brown isn’t just trying to run a country but also trying to find her children: Yorick and Hero (Olivia Thirlby). Lane’s performance is restrained, unable to reveal an ounce of emotion for her missing children because she knows the fate of the country must take priority. 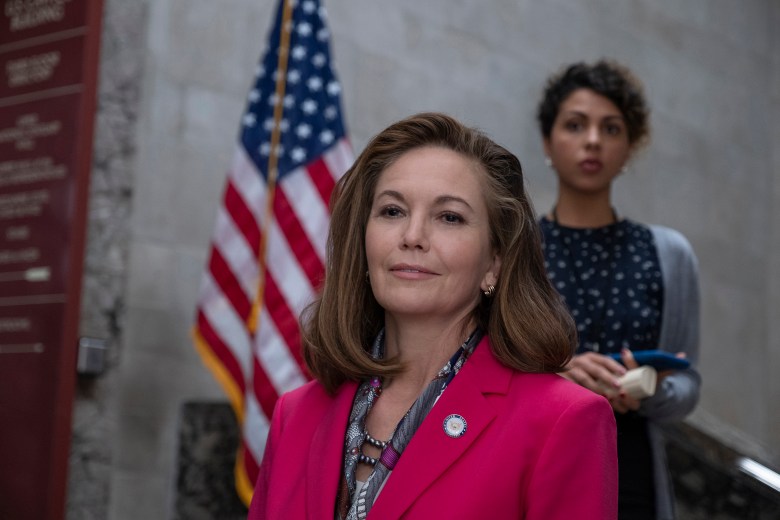 Surrounding her are numerous other women, including a possible Constitutional crisis with another woman who might actually have a stronger claim to the Presidency. It’s in these moments that the series’ true horrors feel keenly like our own. Graffiti litters the streets calling Brown a “liar,” and people wonder what they aren’t being told. It’s difficult not to see elements of “Y: The Last Man” as a more heightened example of what would happen in a disaster just a teeny bit bigger than what we’re currently going through.

Running parallel to that story is that of Kimberly Campbell (Amber Tamblyn), a conservative author whose father (the former President), husband, and three young sons all died in the event. Tamblyn is just as great as Lane and the two are strong foils. Where Jennifer can’t show her emotion, Kimberly uses emotions to get what she needs, and it’s unclear where the line between genuine compassion and manipulative maneuvering ends. For her, the loss of men means utter extinction, while President Brown is focused on the here and now. Their long-game doesn’t feel nearly as developed as it should, but it makes for the most compelling moments yet.

You might be wondering where Yorick, the protagonist of the graphic novels, fits into all this. Yorick does feel like a character from a different land, that being of the novel itself. Yorick starts out as aimless; a young man borrowing money off his sister for cheese with the hopes of proposing to his girlfriend. He spends his days teaching magic for a living — one of those charming layabouts that only exists in TV. When the event happens, Yorick doesn’t really think about why he was spared; he’s more concerned with finding the woman who he believes, now, will definitely marry him. It isn’t until he’s drawn back to his mother that Yorick is placed into the role of valuable object, something he doesn’t necessarily want. 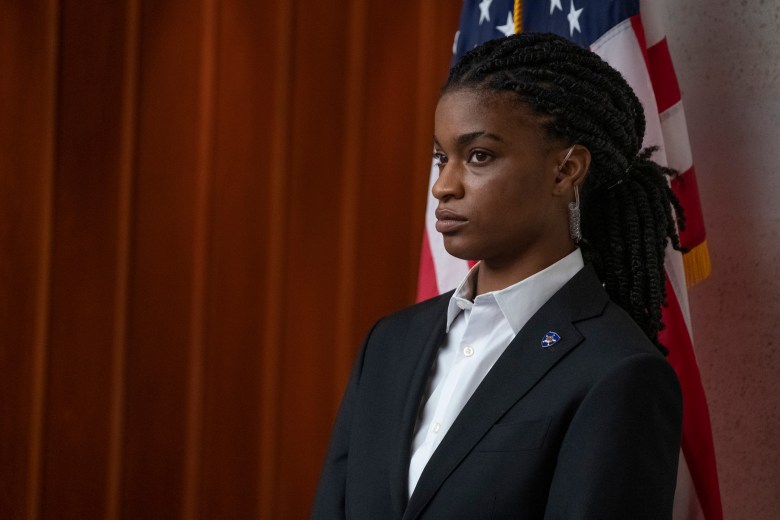 Yorick’s arc is where the series believes the plot needs to be, but because of how convoluted it feels — he and a shadowy secret agent known as 355 (Ashley Romans) travel to Boston to find a geneticist who might know what happened to the men — it comes off as too far-fetched compared to the more haunting stories elsewhere. Romans and Schnetzer have a fantastic chemistry, but the emphasis on gunplay and motorcycles feels ripped from a different show. (Not to mention Yorick’s tendency to wander off like a small child chasing something shiny gets old quick.) Romans is far more interesting, but even then her background as a secret agent feels like a rip-off episode of “Alias.”

If that’s not enough plot, there’s the addition of Olivia Thirlby as Hero. After accidentally killing the married man she was sleeping with moments before the event, Hero wanders aimlessly through the city, teaming up with Sam (Elliot Fletcher). Fletcher is a fantastic addition as Sam opens up the conversation to how trans men fit into this world. Eliza Clark has talked about the graphic novel not having the most nuanced portrayal of trans characters when it came out, and seeing Sam and Hero team up is a thrill. But the pair’s distance from Jennifer and Yorick’s plotline makes them feel the most tangentially connected to the plot. Now that everything is set in motion it’ll be interesting to see how their plotline integrates in with everything else.

“Y: The Last Man” works in pieces and with the establishment of its first season it’s easy to see where things could be stronger as it goes on. Episode 3 is a great piece of television. Lane, Tamblyn, and Romans are stellar and worthy of anchoring this show on their own. If only there could be a stronger balance between the authenticity and the action, then we’d really be cooking.

“Y: The Last Man” premieres Monday, September 13 via FX on Hulu. New episodes will be available to stream weekly.