A WIDOW who was conned out of £500k fought back tears on Good Morning Britain today as she defended being tricked TWICE by fraudsters.

Ex-police officer Anne Larkin, 55, was drowning in grief when she was preyed upon by crooks. 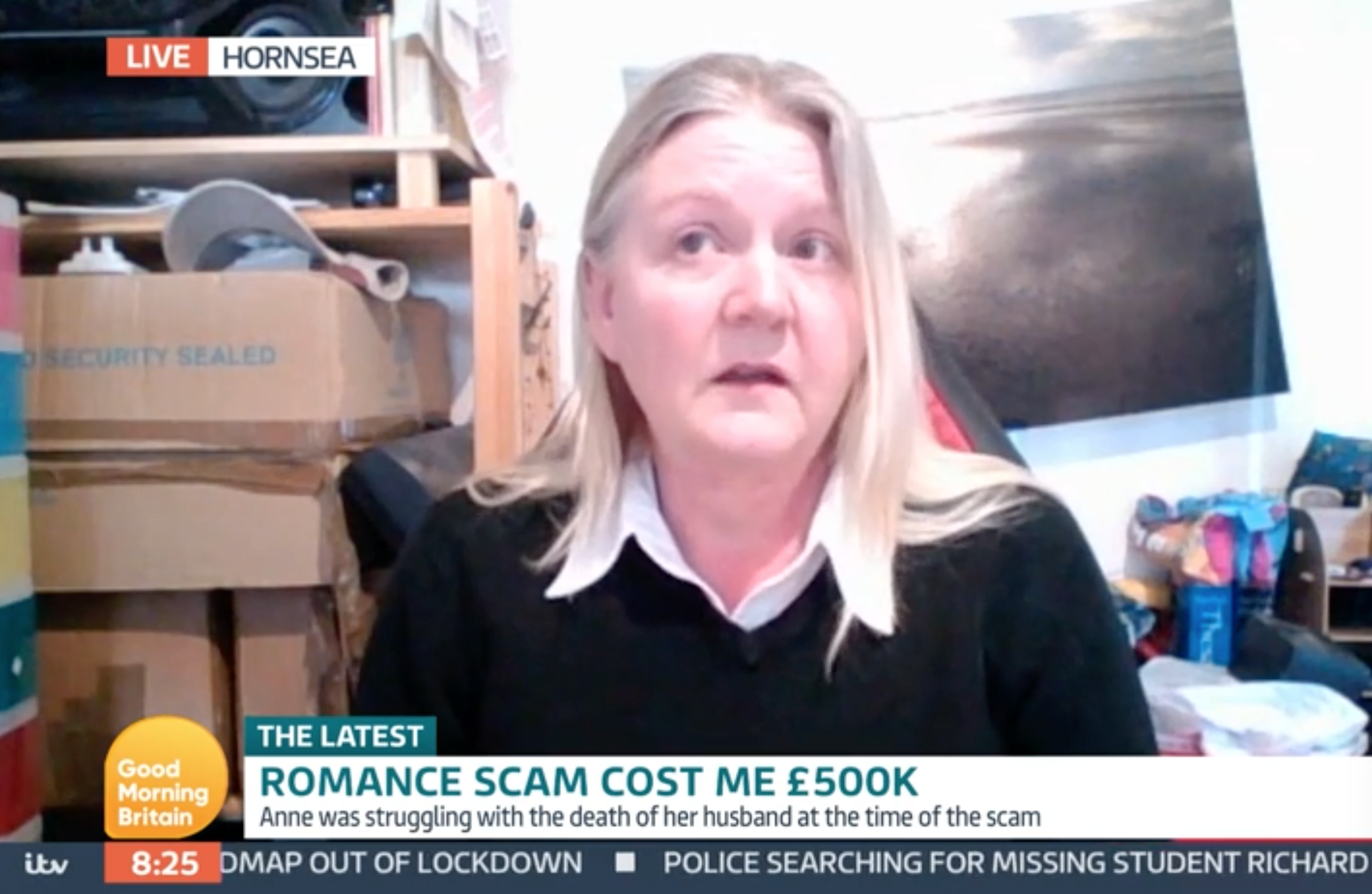 Host Adil Ray said on the ITV breakfast show: "The thing that I get really alarmed by is that this happened once with a guy claiming to be a soldier. I can imagine you thinking he was quite heroic and genuine, then months later you fell for a second scam.

"How did that even happen? Having been scammed the first time around, surely you would be on your guard a little bit more, but no? They manipulated you again."

Anne replied: "Yes I understand where you're coming from. When you are going through grief of a love one, with a wife, husband or partner in that sense, the grief is completely different.

"It turns your world completely upside down…." 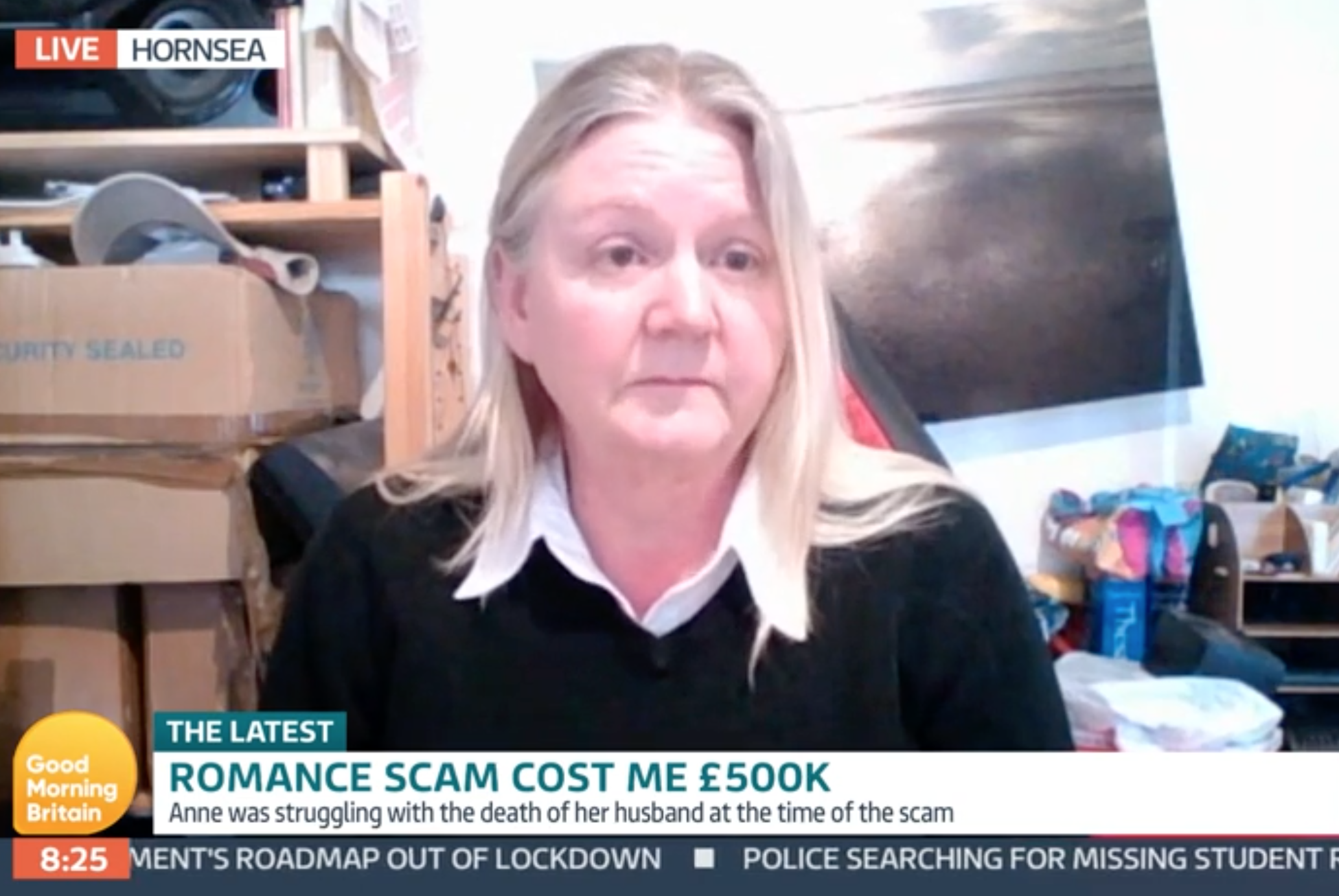 Anne broke off as she became overwhelmed by grief.

She continued: "It was easy in that sense for them to manipulate me that way.

"With both I never had a thought or hint in my head that I was being scammed."

Anne was left devastated when her husband of 34 years, Graham, tragically passed away in November 2019 from liver and kidney failure. 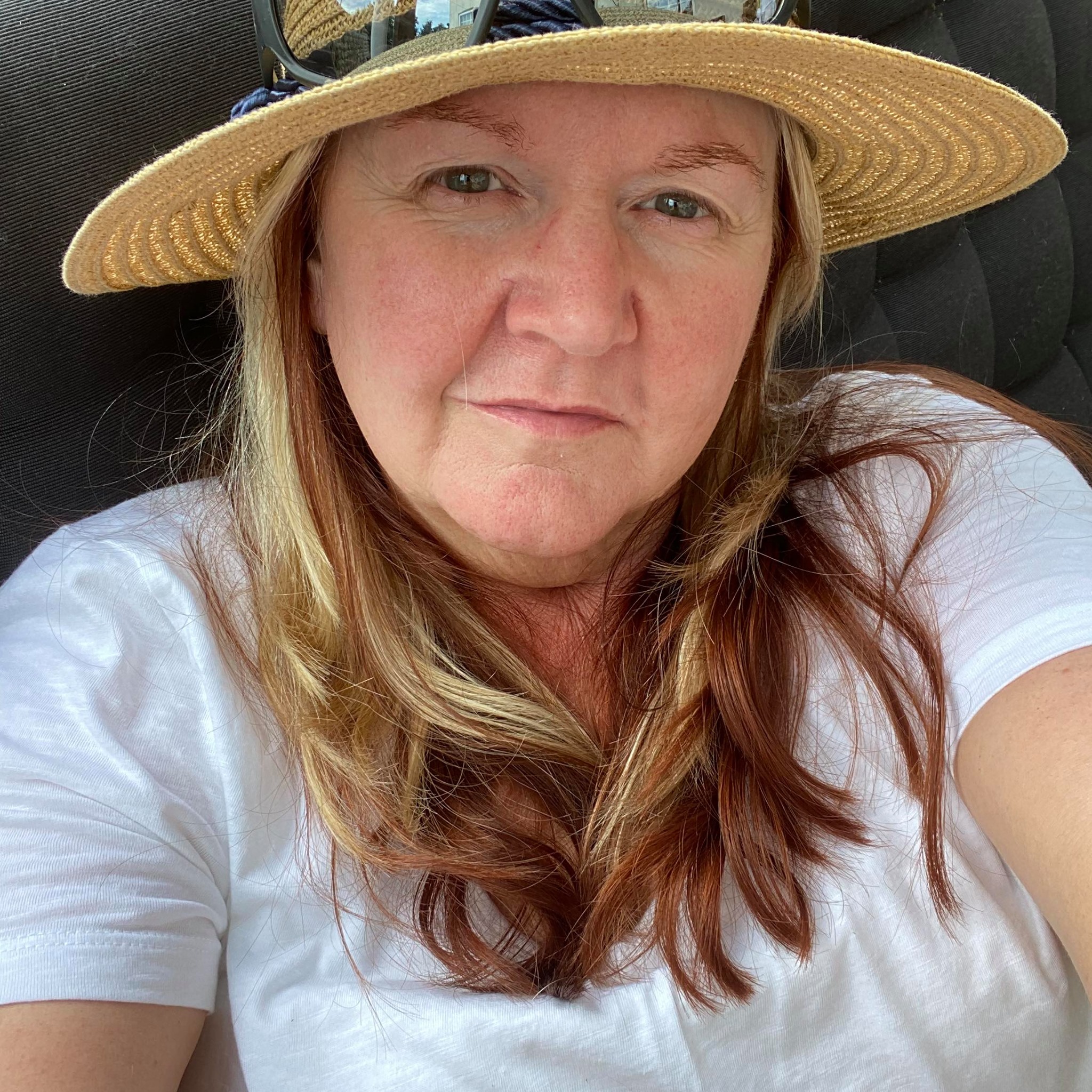 It was at her lowest point that she first heard from conman Clinton, who told her he was a US Army medic from New Jersey serving in Yemen.

It was around this time that lonely Anne was also targeted by a second fraudster, who claimed to be an actor who wanted to help poverty-stricken children.

Clouded by her own grief and loneliness, it was too late when Anne realised she had sent the scammers hundreds of thousands of pounds.