If you like gossip surrounding present and former co-hosts at The View, 2019 has been a very good year. Things really picked up steam in April with the publication of Ramin Setoodeh’s Ladies Who Punch.

In that book, you’ll read about Barbara Walters ripping into Jenny McCarthy, Elisabeth Hasselbeck getting dumped and deposited at Fox News, and Rosie O’Donnell burning bridges with just about everyone in sight.

But the drama hasn’t stopped there. The Daily Mail, the UK tabloid with a small army of employees deployed in New York, has kept gossip about Meghan McCain — who isn’t featured much in her friend Setoodeh’s book — coming at a steady clip all year.

Apparently, the rumors coming from the Mail’s “inside sources” have been accurate. In a July 3 piece in The Daily Beast, you get something close to confirmation about leaks from View producers and unnamed friends of McCain.

And the bottom line is, McCain probably won’t return to the show in September.

McCain is as angry and isolated as she appears on ‘The View.’ 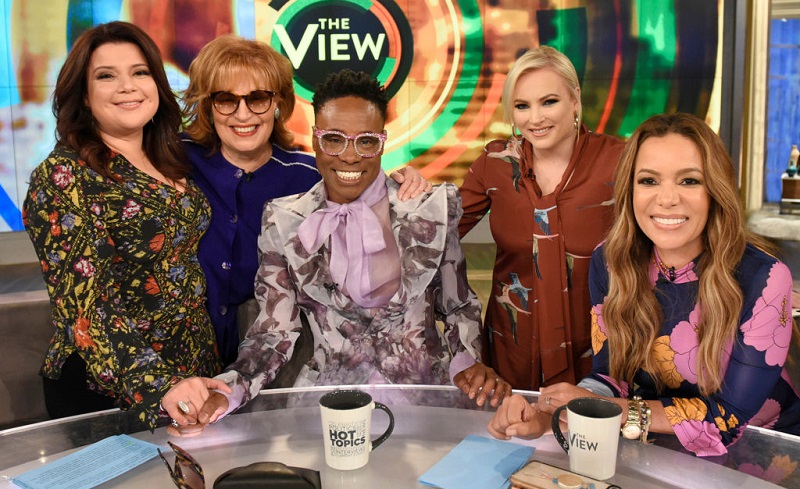 Fans of The View can probably think of four or five reasons off the top their head why McCain wouldn’t return to the show for the new season starting in September. The list includes her hostile presence on the air and her incredibly thin skin off the air.

Both of those things have attracted a number of blind items in the Daily Mail. Over the course of the past two years, all the negative press has clearly affected her. According to sources speaking to the Daily Beast, McCain now feels “like a caged animal,” someone who’s “exhausted and defeated.”

A friend of McCain’s told the website that the emotional toll on McCain has drained her to the point she can’t handle it on a weekly basis. (For those who say McCain loves playing the victim, you’ll have a lot to work with in the Daily Beast article.)

Meanwhile, another part of the problem seems to be McCain’s scrutiny of the social media accounts of others employed at The View. On several occasions, McCain has objected to “likes” and “follows” of others who work on the show with her. 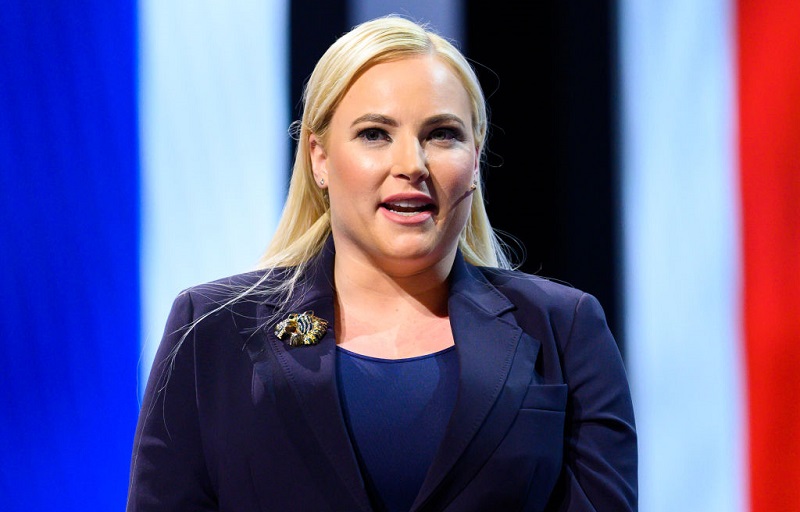 On top of McCain’s frequent on-air unhappiness, sources close to the View co-host described her issues with social media activity by her colleague Sunny Hostin and a makeup artist who works at the show.

In Sunny’s case, McCain and her “team” raised an eyebrow at Sunny following Eli Valley, the Jewish cartoonist McCain called “anti-semitic” on Twitter. That followed Valley torching McCain with one of his potent satirical cartoons.

As for the show’s veteran makeup artist, problems arose over a Twitter “like” of an anti-McCain video. According to the Daily Beast, rumors that McCain asked for the makeup artist to be fired could not be confirmed. (However, ABC executives apparently discussed the matter with both.)

In short, Meghan McCain is about as unhappy as she looks at The View. If she moved on, she’d probably do herself a favor — and make legions of the show’s fans happy at the same time.

Also see: Who ‘The View’ Producers Wanted to Hire Instead of Abby Huntsman