Jonah Hill was finishing up “Stutz,” an intimate and touching documentary about his longtime therapist, when the actor and filmmaker decided he was done talking about himself in public.

Citing the realization that he had suffered anxiety attacks for years, Hill said in a public statement over the summer that he would no longer promote any of his work, including “Stutz.” For now, at least, the Netflix release is the last time he’ll appear in front of the camera without putting on a performance.

It was an extraordinary move by a movie star in an era defined by self-promotion. Publicity has been part of Hill’s job since “Superbad” put him on the map over 15 years ago and the decision to evade the spotlight comes with immediate consequences: “Stutz” lost a high-profile slot at the Telluride Film Festival, which has a hard line about in-person appearances, and launched on Netflix in the past week with a considerably lower profile than other fall titles. (It did, however, receive an awards-qualifying run.) That’s an unfortunate setback for one of the more innovative and risky non-fiction experiments this year.

However, for Phil Stutz, the 75-year-old therapist-to-the-stars in question, Hill’s decision was a new opportunity for both of them. “The good news is that I can say whatever the fuck I want about him,” Stutz said in an interview over Zoom, chuckling with the same wry, no-nonsense demeanor he projects in the movie. “He’s not here to defend himself!”

Stutz helped Hill come to terms with his anxiety around the promotional process. “I applaud the decision,” he said. “I thought it was appropriate.” In the documentary, Stutz often talks about “The Tools,” his set of principles that guide people toward recognizing that they always fall short of their perfect ideals.

In Hill’s case, that obstacle was exacerbated by his relationship to public perceptions of his work. “Here’s the thing,” Stutz said. “He’s trying to connect all these issues and problems he’s having, and the idea of how he’s perceived by other people and how that makes him feel is a key thing in his life — probably in everybody’s life. The way I try to guide people with this is to have them ask themselves, ‘If this particular thing doesn’t come out great, would you regret having done it?’”

In Hill’s case, the answer was yes. Still, Stutz said he was taken aback by the finality of the decision. “To be honest, it made me smile,” he said. “In one way, it was so ridiculous. You know, the guy’s peaking. I said to myself, ‘Is he serious?’”

With time, Stutz said he realized that Hill’s choice fell into a familiar pattern he had seen with other famous patients. “There’s this kind of person who wants the exposure and doesn’t want to admit it,” Stutz said. “They come out of a wrestling night and blame the paparazzi for taking their picture. But when they come out of wrestling night and nobody’s taking their picture, it’s worse. That’s the dilemma I try to get people through.” 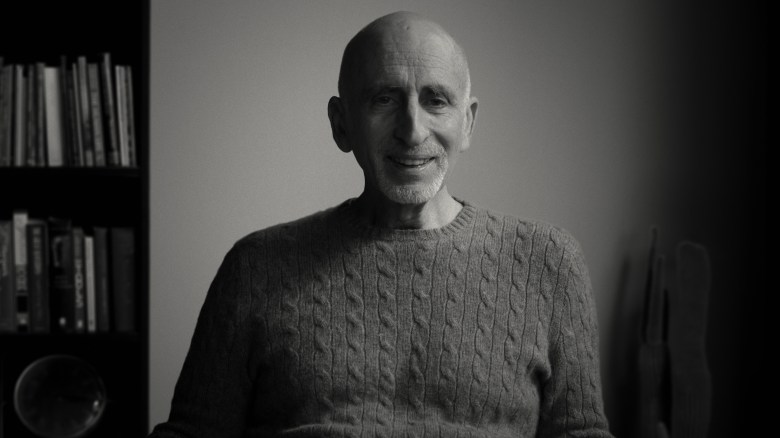 Stutz is a fascinating centerpiece to Hill’s movie, as he pushes Hill beyond his attempts to profile the doctor’s process and probe his own emotional hurdles. With time, Hill addresses his longstanding body image problems, the vanity of his success, and the sudden death of his brother in 2019 with striking clarity.

On that last count, Stutz has plenty of experience to relate his own sibling died during his childhood, and he counts among his patients “Stutz” co-producer Joaquin Phoenix, whose brother river famously passed away in the 90s. Stutz said he hoped Phoenix through his own crisis of confidence that led Phoenix to make his own documentary experiment, “I’m Still Here,” in which he tricked the public into thinking he had retired from the movie business altogether — and rediscovered his love of acting in the process.

Stutz said that Hill suffered from a disconnect from gaining fame in public while experiencing dissatisfaction in his private life. “When people think they succeed, they think the hardest part of life is past them and life’s going to be really easy,” he said. “But there are certain things in life you can’t avoid. Every lifetime’s going to have pain. Every lifetime’s going to have uncertainty. And constant work. Those are the three things every human being must confront. I don’t care who you are. You’re still going to have the same three things. I think he worked really hard to accept that.”

Alison Goodwin, Hill’s producing partner of eight years, said she supported Hill’s decision to step out of the public eye despite the ramifications for the movie. “It was a personal decision for him,” she said. “I want the best for him and I want the best for the film. I don’t think those things have to be mutually exclusive.”

Still, few name actors would put as much of their personal hangups into a movie the way that Hill does here. Much of “Stutz” keeps you guessing about his agenda. Shot mostly in black-and-white with a clever meta quality, “Stutz” unfolds as two-hander that finds Hill and Stutz (with a brief cameo by Hill’s mother) wrestling for control over the premise: Is “Stutz” about Hill’s therapist and his techniques, or can the doctor find a way to make his patient talk about himself as well?

Ultimately, the movie ends up capturing Hill’s catharsis as well as his resistance to exposing his deepest feelings. Stutz himself fights off pressure to discuss his private life, including a mysterious romantic entanglement that goes back many years.

“We’re both good emotional avoiders, I’d say,” Stutz said. The back-and-forth made it difficult for Hill to find the balance he needed for the movie as the production dragged on. Eventually, he retooled it completely with a surprise twist that arrives a third of the way in.

“About halfway through this thing, we both realized that it was shit,” Stutz said. “It was like an advertisement. The structure of it meant that we both had to be embarrassed and that’s not what we wanted.” After two years of gathering material, they felt more comfortable with an outcome that went beyond simply explaining Stutz’s techniques.

“Phil and Jonah found the movie together and it required real generosity from both of them,” Goodwin said. “That was the thing that unlocked the movie. That’s a hard thing to do in daily life, let alone on camera with a bunch of people around.”

When Hill first showed up in Stutz’s office, the therapist said he recognized the actor from “Superbad” and “Get Him to the Greek,” but hadn’t seen any of his other performances. “I didn’t really know who he was, and believe it or not, I’m not interested in that unless I have to be,” he said. “The rules of human development are the same whether you’re in the higher income bracket or have no money.”

In that respect, he added, he hoped that “Stutz” provided a platform for his therapeutic process, which includes complex drawings to represent various neuroses and detailed map for the kind of progress he strives to achieve with his patients. “If we can enfranchise more people, it could help a lot of people who don’t realize they need it,” he said. “They might think they have to go through a certain thing that’s tedious and expensive with a shrink saying, ‘I don’t know. What do you think?’ Fuck that. Things are too urgent right now.”

Hill, meanwhile, continues to see Stutz on a regular basis. The therapist said their documentary project hasn’t been a subject of discussion. “He doesn’t talk about it all that much,” Stutz said. “He’s going in a different direction that will give him satisfaction. I think he’s doing fairly well.”

Recent reports suggest Hill already has a new directing project in the works with Keanu Reeves, though sources tell IndieWire that hasn’t been finalized yet. Pressed to consider Hill’s next moves, Goodwin smiled. “Maybe we can do ‘Stutz 2,’” she said.

“Stutz” is now streaming on Netflix.

11/17/2022 TV & Movies Comments Off on Why Jonah Hill Stopped Promoting His Movies, According to His Therapist
Recent Posts