Fans grew to know and love Jennifer Aniston when she played the part of Rachel Green in the iconic ’90s sitcom “Friends.” Her status as a Hollywood A-lister quickly skyrocketed after joining the show and she soon became a household name around the world.

Throughout her successful career, the “Bounty Hunter” actor has had her fair share of high-profile relationships with other recognizable faces. As reported by Cosmopolitan, one of Aniston’s most notable flames was fellow actor Brad Pitt, whom she married in July 2000. The duo began dating in 1998 and called it quits when they divorced in 2005. Three years later, Aniston formed a relationship with musician John Mayer, which was short-lived as they split the following year. In August 2015, Aniston got married for the second time, this time to actor and producer Justin Theroux after hitting it off in 2011. However, their marriage did not last either, as they announced their divorce in February 2018.

Aniston’s love life continues to be a hot topic, despite not being publicly romantically linked to anyone in recent years. During a new interview, the award-winning star opened up about the type of man she hopes to date next. Keep reading to find out more. 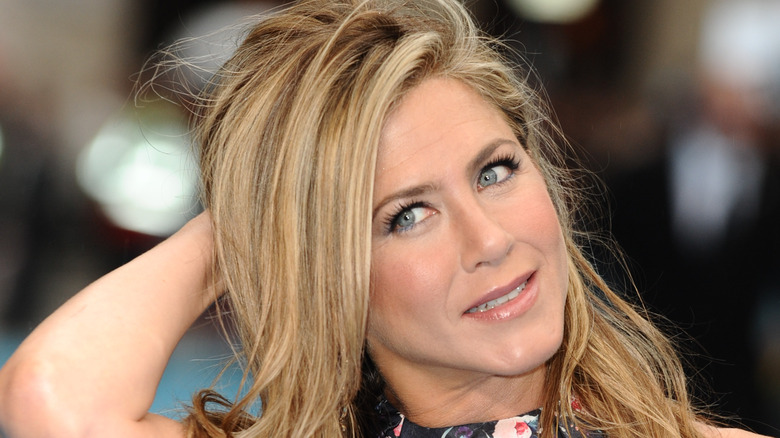 While promoting the second season of her Apple TV+ series, “The Morning Show,” Jennifer Aniston sat down with People for an interview. When asked whether she believes relationships between public figures and non-public figures could work, she said, “Of course,” before stating it’s worked for other people in the spotlight. “Absolutely. I mean, it’s happened. That’s what I’m sort of hoping for is not necessarily somebody in the industry itself,” she continued, adding, “That’d be nice.”

While Aniston hopes to find a man who isn’t a public figure, she and her “Friends” co-star David Schwimmer recently made headlines after it was rumored that the co-stars were an item. However, Aniston previously told Entertainment Tonight that this was not the case and admitted it was “bizarre” to hear those rumors. “I could not believe that, actually. Like, really? That’s my brother! But I understand it, though,” the “He’s Just Not Into You” actor expressed. “It just shows you how hopeful people are for fantasies for dreams to come true.”

09/14/2021 TV & Movies Comments Off on Who Does Jennifer Aniston Want Her Next Relationship To Be With?
Recent Posts