He also added that in the story, without this kiss Snow White would never awaken.

He said: “Now let me stick with issues of gender and sexism and lunacy, I suppose.

“In the US they are upgrading a Disneyland display about Snow White, turning an old twist on the theme that was a little bit scary to one that is traditional and uplifting.

“Now Disney are in trouble from the feminist warriors because they want to leave in the crucial element of the story. 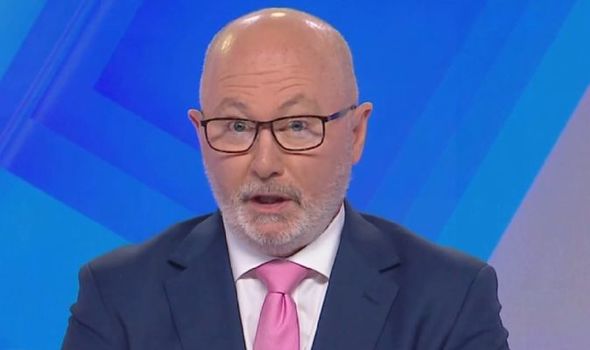 “You know, the Prince and the kiss and all of thast.”

Mr Jones then played the historic moment where Prince Charming kisses Snow White to raise her from her spell enchanted slumber.

Snow White then awakes, hugs the Prince and smiles as the seven dwarves dance.

“The seven dwarves seemed kind of happy but the soulless woke warriors complain that Snow White was kissed without her consent.”

He then began laughing as he struggled to hide his shock at the outrage.

He said: “Really? It is make-believe you know.

“In this make-believe, Snow White would have been left to die less the kiss of death been given without her consent.

“This is so nutty, if you can’t kiss lovingly without consent then I am busted every night kissing my little boys before I turn in myself.

“Who are these people?”