Virgin River fans are looking forward to the series returning to Netflix for a third season in the near future. The show is based on the books of the same name by Robyn Carr. Express.co.uk has all you need to know about the main filming locations.

Where was Virgin River filmed in British Columbia?

Virgin River has been airing since 2019 and the show continues to provide the perfect sense of escapism during the coronavirus pandemic.

However, just after they had revealed their true feelings, Jack was shot at his bar and fans have been left wondering who fired the gun.

Ahead of the release of the 10-episode third season, fans are keen to find out more about the show’s main filming locations.

The series is set in the picturesque Northern California town of Virgin River, which is a fictional town. 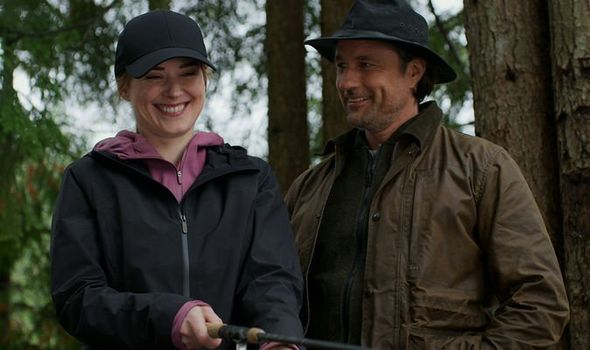 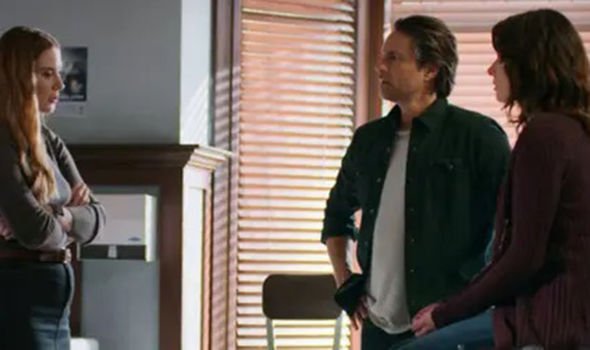 Filming for the series takes place in Vancouver, in British Columbia, and there are plenty of other locations shown.

Snug Cove was used as a backdrop, as well as New Westminster, Squamish, Agassiz and Port Coquitlam.

The heart of the Virgin River community is based at Snug Cove on Bowen Island, and shots include the area’s library and Artisan Lane.

The area is a tourist hotspot and there are plenty of opportunities for fans to stay close by.

The Watershed Grill in Brackendale was used to represent Jack’s Grill in the series. 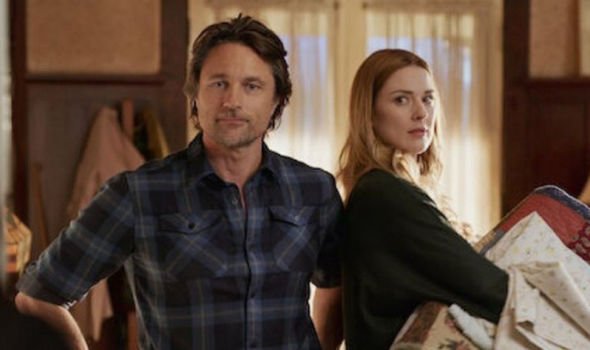 Meanwhile, some of Mel and Jack’s most romantic riverside scenes were filmed in Squamish – a town north of Vancouver.

Other outdoor shots were recorded at the Shannon Falls Provincial Park and Fraser Foreshore Park.

Mel’s iconic log cabin in the series is in fact the caretaker’s house at Murdo Frazer Park in North Vancouver. The site is renowned for being used as a stunning filming location.

Fans have taken to social media to share their thoughts on the picture-perfect locations in the series. 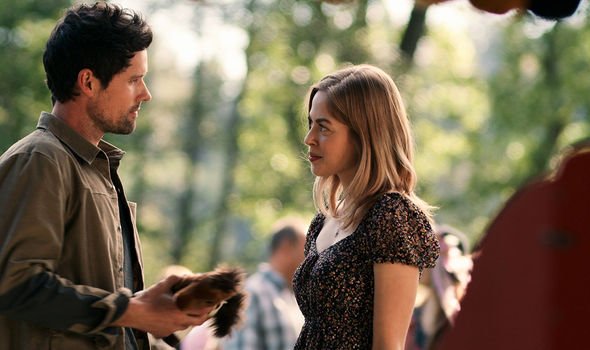 One said on Twitter: “Like the only tv show location that has ever seen appealing to me is the town from Virgin River and it’s cause like no one lives there and it looks so peaceful.

“If I leave my house it’s going to move to a cottage at the top of a mountain surrounded by a dense forest, not a bigger city lol.” [Sic]

Another added: “Virgin River must have the most stunning set location of any series.”

The series is renowned for its beautiful locations and fans cannot wait to venture out and visit.

Another viewer said: “I’m more obsessed with the filming locations in Virgin River rather than the actual storyline.

“It makes me wanna spend a summer away in the woods. Also, I couldn’t help but notice the landscape looked familiar… and apparently I’ve been to that region before.”

Fans feel transported to a place of peace and tranquility when they watch this series, which is why it remains so popular.

Hopefully, a season three release date will be announced soon so viewers can look forward to seeing more of the titular town.

05/05/2021 TV & Movies Comments Off on Where was Virgin River filmed in British Columbia?
Recent Posts