In a gaffe that we’re frankly surprised hadn’t happened in all of Pat Sajak’s years on “Wheel of Fortune,” the game show host mistakenly gave away the final answer to a puzzle — during a bonus round, no less.

On a recent episode, Sajak was watching as Vanna White revealed the letters left in a puzzle, which read, “_ _ _ TE _ RAN_L_Y.”

“Yikes,” Sajak said after only six of the 12 letters were unveiled. “Well, I’d rather be standing here than there, quite frankly.”

The answer to the puzzle ended up being those exact words: “quite frankly.” We’re not sure if it’s good news or bad news that the contestant didn’t pick up on Sajak’s comment, as he failed to solve the puzzle in time. But at least Sajak didn’t have to be blamed for letting someone walk away with a free bonus prize.

In a post-episode clip — which you can view up top — White didn’t hesitate to call out Sajak on his blunder, and the veteran host fully owned up to his mistake. When White asked him, “Did you hear what you said?” Sajak answered with a laugh.

“I wonder how many people at home caught it,” he said, before explaining what happened for viewers. “There weren’t many letters up there and I said, ‘I’d rather be here than up there, quite frankly’ — which was the puzzle.” 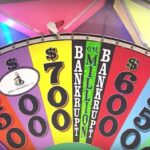 “But it goes to show you that people are concentrating and they’re not paying any attention to me,” he continued. “And [the contestant] didn’t get it. … It’s funny what your mouth will say that your brain says you shouldn’t do that.”

That last comment is a bit ironic coming from Sajak, who a few months ago was blasted for mocking a contestant with a speech impediment, and previously snapped at another contestant for interrupting him during a sponsor ad.

Sajak cheekily closed the show by announcing, “Quite frankly, we’ll see you next time.”