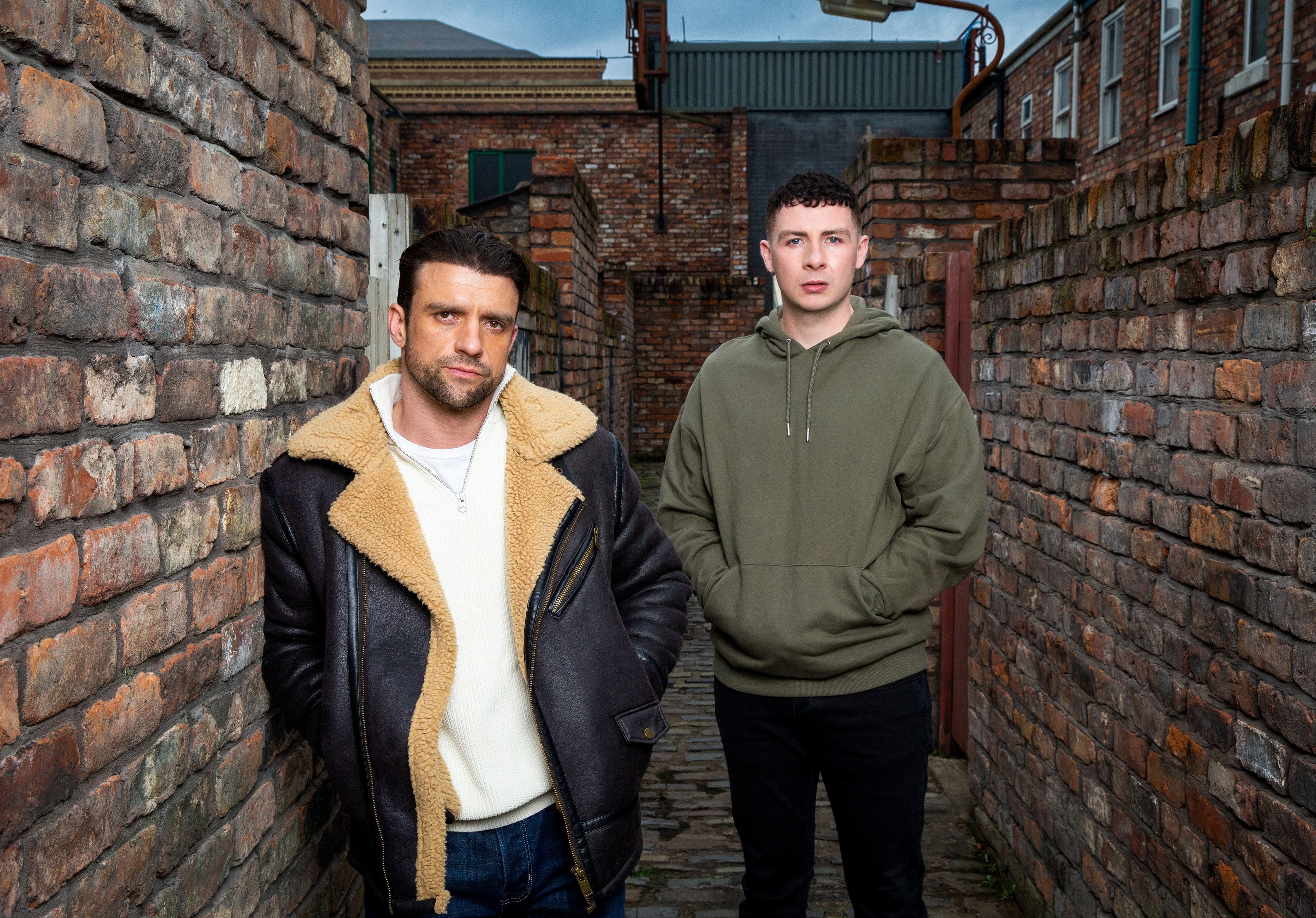 Despite the fact Jacob Hay (Jack James Ryan) has been in Coronation Street for well over a year, we don’t actually know a great deal about him. However, that’s all set to change as his troubled father Damon – played by Waterloo Road’s Ciaran Griffiths – makes his arrival.

We first met Jacob at the start of a drug dealing storyline. He was working alongside Simon (Alex Bain) at the chippy and eventually manipulated him into dealing.

When Harvey (Will Mellor) headed to the cobbles, Jacob disappeared and has since cleaned up his act, now living with Summer (Harriet Bibby), Amy (Elle Mulvaney) and Aaron (James Craven).

His life may be happier now but when Damon comes looking for his son, Jacob is set to do whatever he can to get rid of his father.

But why is Jacob so intent on having nothing to do with him?

What exactly is Damon’s background and why has he suddenly appeared in Weatherfield?

Damon’s quick to make out he’s here to put things right with Jacob and make up for lost time but is there more to it than that as Damon starts pushing for a business opportunity at the Bistro?

Should Nick (Ben Price) and Leanne (Jane Danson) also be watching their backs once more?

Ciaran’s first scenes as Damon will air this December.

Discussing his new role, he said:

‘I’m happy to be back in Manchester to see my family and friends after being away in Australia for the last 3 years. The city has changed so much! And what better way to tie it in with a stint on the Cobbles. I watched Corrie as a kid and it’s great to be back with some old friends both cast and crew. I’m loving having the opportunity to work with some quality Northern actors whose work I have long admired, particularly on such a complex character like Damon.’

Coronation Street Producer Iain MacLeod added: ‘Having Ciaran on board is so exciting and especially because the character he is playing is so interesting. Damon is charming and likeable on the surface but we will soon see he is much more complicated than that as he goes on to have an explosive impact, both in Jacob’s life and beyond.’

Ciaran is most known for his role as Dylan Hodge in BBC One’s Waterloo Road. He also has credits in The Bay and Shameless.