Tom Gleeson's Gold Logie acceptance speech last Sunday got plenty of attention, but for many in the industry it wasn't so much his “disrespect” for TV’s so-called night of nights that caught their eye.

It was the way he addressed the great, big elephant in the room – the question mark over broadcast TV's relevance in the age of streaming. 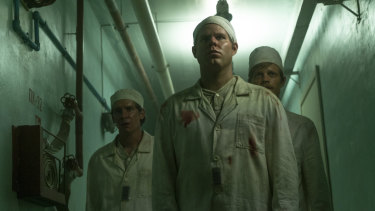 Sitting through the speech was a deeply uncomfortable experience for Nine's programming director Hamish Turner, who was in the room on the Gold Coast as Gleeson tormented his peers.

"I felt anxiety about it," he admits. "I didn't know where his speech was going to go. But watching it back later I thought it was great live TV. He was playing the role of the acerbic comedian, and he stayed in character."

The one point on which Turner unreservedly agreed: "He's absolutely right – everyone needs to lighten the f— up."

There's no denying the television industry has changed massively in the past decade. First came the creation of digital multi-channels, which now account for around one-third of the commercial networks' audience share. Then came streaming – and the field is becoming increasingly crowded.

Netflix has been here officially since March 2015, though it had been available via VPN for several years prior. The Nine-owned Stan launched in January 2015. Network 10's All Access launched last December. The Seven-Foxtel joint venture Presto has been and gone.

Amazon Prime arrived in December 2016, and soon we can expect Disney+ to enter the fray. And there's a good chance that Hulu (also owned by Disney) and WarnerMedia's stand-alone service (which is likely to include its HBO content) could be here before long, too.

But there's a third factor drawing eyeballs away from TV as we used to watch it – together, in front of the box, when the networks deemed we should – and that's the growing popularity of catch-up TV. Otherwise known as broadcast video on demand (BVOD), it's aided by the rise of handheld screens (iPads, smartphones, etc) and computers as legitimate viewing platforms.

All of these factors have contributed massively to the fracturing of the television audience. But is Gleeson right to suggest that "we don't watch each other's shows anymore"? Is he right to say the industry is "dying"?

Well, yes and no. 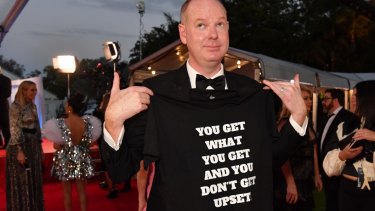 Tom Gleeson on the red carpet at the Logie Awards at The Star Casino on the Gold Coast.Credit:Darren England/AAP

"Streaming services have obviously taken eyeballs away from free-to-air and Foxtel, and changed the way we watch," says one industry source who prefers to remain nameless. "And the introduction of Smart TV has changed the way even households that aren't particularly tech-savvy are watching."

In essence, that change could be boiled down to one thing: we are no longer at the mercy of the TV schedule.

These days, it is possible to miss your favourite show and yet not miss it at all. You can record it on your personal video recorder (PVR) or iQ set-top box (if you're a hard-wired Foxtel customer) and watch it later. You can stream it on your handset and watch it on public transport. You can watch it the following day at work, or the next week on your desktop computer – purely for research purposes, naturally, in case the boss is wondering.

The point is, people are still watching. Just not together, at the one time.

"TV isn't dying, it's having babies," says Kim Portrate, CEO of ThinkTV, the marketing association for the commercial broadcasters.

"The idea of the whole family sitting around watching the Disney channel at the same time – has that changed? Absolutely. If you're a 28-year-old woman still living at home do you want to watch the same program with your parents? Absolutely not. And the industry has adapted to that, as you would expect.

"We don't think of TV as just that black box in the corner of the living room anymore."

Portrate says that while audience numbers as measured by OzTam's overnight ratings figures have declined, "the amount of time spent with content is growing exponentially". She claims that last year the total time spent watching content via BVOD grew by 42 per cent.

Industry sources say, quietly, that this is a shift the commercial networks are more than happy with, because advertising in BVOD is tailored to the individual consumer, and so can be sold at a much higher price. And it is an increasingly substantial chunk of the audience, too.

Married at First Sight was snubbed at the Logies on Sunday night (other than as a frequent punchline), but by most other measures the reality show has been the success story of the year. But even here, the overnight ratings figures tell only a fraction of the story.

The series averaged 1.79 million viewers overnight. Factor in those who watched within 28 days of initial broadcast (on time-shifting) and it rises to 2.21 million per episode. Add in the BVOD audience, and it's a whopping 2.6 million viewers.

"People get too caught up on linear broadcast, which TV was for a long time," says Brook Hall, director of content scheduling at Seven. "But we're not just a linear broadcaster – we're a streaming service as well, and we're a producer. 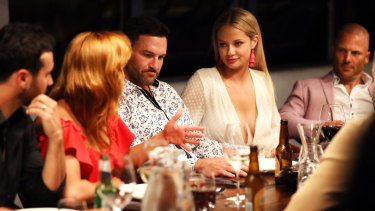 No love at the Logies for Married at First Sight, and not much on the show either for that matter.Credit:Nine

"Traditional linear broadcast television is still the biggest mode of delivery to audiences in any medium," he adds. "But we're in that pool of expansion too. Ultimately, it doesn't come down to how you deliver it – it comes down to having the best content."

For the free-to-air broadcasters, that increasingly means having the best reality content. As one insider says, "it's all about creating family-friendly appointment viewing" – think The Block, MKR, MasterChef, shows that everyone can watch together with a fairly low risk of anyone being offended or alienated by the content.

"The reason reality is so important to the networks is that it's like sport," says one producer. "You want to watch it to know the result. Only the real diehards will watch it three days later."

For fans of scripted content, that means the streaming and cable services increasingly have the edge. But research released by Nielsen in the United States this week claims that audiences on those platforms are beginning to suffer from the "paradox of choice" – in other words, when confronted by the vast array of offerings on a streaming platform, they simply choose nothing.

"With so much choice available," Nielsen's research claims, "streaming users tend to gravitate back toward their traditional TV preferences when they're not sure what to watch". 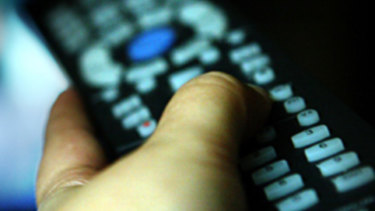 With so much on offer, viewer paralysis is increasingly common.

For Nine's Turner, this presents a great opportunity for traditional broadcasters. "What the SVOD services want is more time on platform, and you get that through a linear [traditional scheduled broadcast] model," he says.

"Anecdotally, people are suffering from choice fatigue, and where free-to-air television has always been good is that we aggregate and provide a stream of content that has been selected for an audience."

Is the industry dying? Probably not. But it might if it simply stands still while viewing habits and tastes continue to evolve so rapidly.

"It's about understanding the audience and what they want," says Turner. "[But] you've just got to sail your own path, because if you think it's just Seven and 10 that are the competition you've lost the game already."

07/05/2019 TV & Movies Comments Off on Tom Gleeson called TV ‘a dying industry’ at the Logies. Was he right?
Recent Posts