Tim Gunn and Heidi Klum are making their return to the world of televised fashion design competitions after two years away with the premiere of Making the Cut, an original series from Amazon Prime.

Gunn and Klum were the OGs of Project Runway before they left for something new when the program went from Lifetime back to Bravo, its original home. Project Runway has had two seasons since Klum and Gunn left. The most recent, Season 18, ended on March 12, 2020. Meanwhile, Klum and Gunn had been working with Amazon to bring their own fashion competition series to audiences.

What is ‘Making the Cut’?

Like Project Runway there will be a group of talented fashion designers competing for one big prize on Making the Cut. The series will follow 12 designers from across the globe as they compete for the grand prize of $1 million to help fund their business. The winner will also receive a spot in a mentorship program with Amazon Fashion.

Each week, designers will create 1-3 looks. One has to be for the masses, ready to be sold on Amazon because the winner will have that particular piece available on the show’s Amazon store for less than $100 immediately after the episode airs.

Designers will also have seamstresses to help them create their looks and will have to have to work together with their competitors to simulate the real-life collaborative nature of the fashion industry. Making the designs more inclusive, contestants must be prepared to dress for any size or body type.

For anyone who has watched Project Runway since Gunn and Klum left, the description is largely the same. But, according to Gunn, where Making the Cut differs is in the limits, or lack thereof, it puts on the designers.

The 66-year-old who served as a mentor on Project Runway spoke with Variety in March 2020 about the new show.

“One of the major differences is that [Project Runway] was intent upon limitations, intent upon saying, ‘We’re going to give you parameters that are so constrained that it’s going to test your creativity in ways that no one can anticipate,’” Gunn said.

He continued, saying he enjoyed the strict limitations but that this an entirely new ball game, err, fashion show. 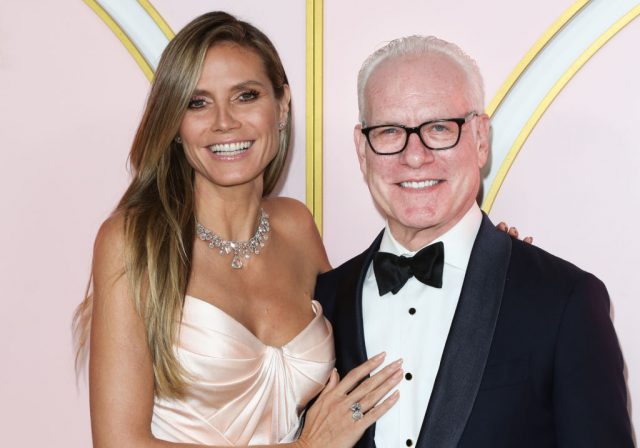 “As a teacher, I loved that aspect. But Making the Cut is very different. We want to give you all the resources that we believe are important for you to succeed, and then it’s all up to you,” he said.

Similarities and differences aside, the designers on Making the Cut must still impress the judges; Naomi Campbell, Nicole Richie, Carine Roitfeld, Joseph Altuzarra, and Chiara Ferragni as well as Gunn and Klum.

Making the Cut premieres on March 27, 2020, when the first two episodes of 10 are released on Amazon Prime Video.

Related posts:
03/26/2020 TV & Movies Comments Off on Tim Gunn Says Amazon's 'Making the Cut' Is 'Very Different' From 'Project Runway'
Recent Posts
We and our partners use cookies on this site to improve our service, perform analytics, personalize advertising, measure advertising performance, and remember website preferences.Ok