Thyra (played by Julia Bache-Wiig) starred in the first three seasons of The Last Kingdom on Netflix. The series, based on The Saxon Stories by Bernard Cornwell, follows protagonist Uhtred of Bebbanburg (Alexander Dreymon). Thyra was the foster sister of Uhtred, and she suffered a terrible fate in the series, but her real death was very different.

How did Thyra really die?

Thyra was one of the main characters in both the TV adaptation and Cornwell’s original Saxon Stories.

She was Earl Ragnar’s (Peter Gantzler) daughter, and he had adopted Uhtred as a son after his village was raided and he was separated from his family.

In the first season of The Last Kingdom, she was captured by Sven (Ole Christoffer Ertvaag) and was held hostage until the second season.

She managed to escape with the help of Uhtred and her other brother, Ragnar (Tobias Santelmann), and she managed to kill Sven.

The reunion between the siblings was not a warm one, as Thyra was angry with her brothers for not coming to her rescue earlier. 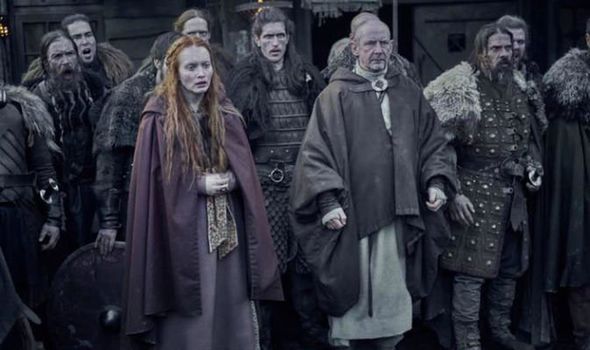 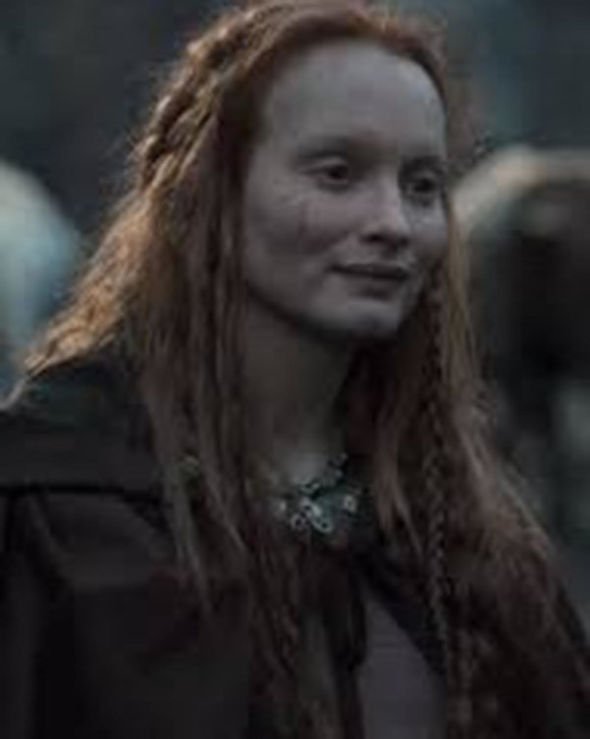 Father Beocca (Ian Hart) was able to intervene and calm her down, and the pair developed a strong bond.

Beocca became one of the only people she was able to trust, and she ended up marrying him.

By season three Thyra had made many friends, but there were still a few people who looked down on her.

Tidman (Ciarán Owens) continued to belittle her, referring to her as a Dane, and Thrya said she was not looking for any trouble before walking away.

Tidman followed her home and Thrya quickly locked herself in the house, arming herself with a knife. 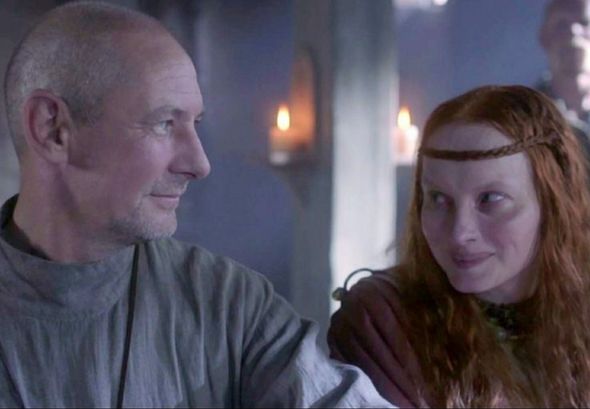 She was able to hide under the floorboards before Tidman broke in, but he spotted her and set her house on fire.

Thyra stabbed Tidman and killed him, but as he was blocking her under the floorboards, she was unable to escape the fire.

Realising she is going to die, she stabbed herself with her own blade and fans were heartbroken to see her die such a tragic death.

Thyra’s death in the books is very different, as she simply dies of old age, and fans are wondering why there was such a huge plot twist.

She appeared in three of Cornwell’s novels and her character is last mentioned in Sword Song. 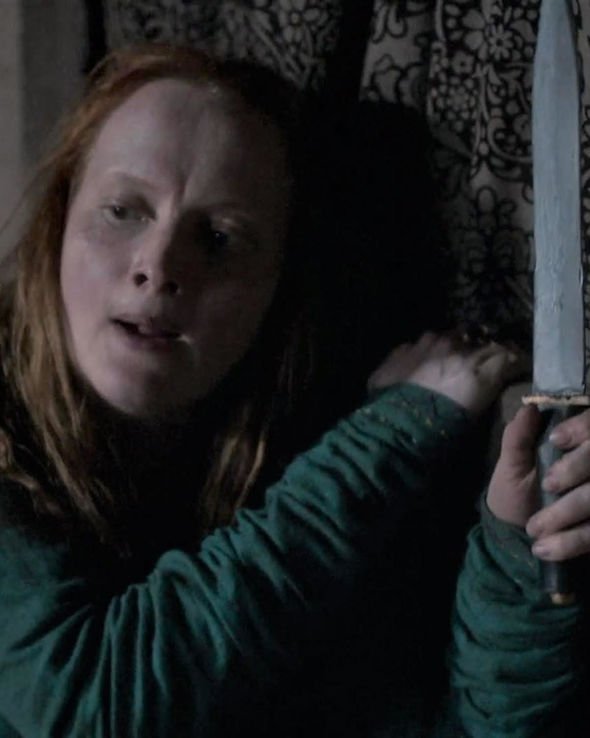 Fans have taken to Reddit to discuss Thyra’s terrible fate, with Nina-the-Dreamer saying: “Are u freaking kidding me??

“This woman has been through sooo much, only to die in this awful manner! This is the death that probably saddens me the most so far… the way she screamed for Beocca to help her… I can’t. Ughhhh [sic].”

Others went on to call her death in the series “horrifying” and “painful to watch”.

Muddgutts said: “This is another change from the books that I didn’t care for. Yes it was more dramatic but much like the OP it was shocking and was a sad end for a character that had already been through so much.

“I’ve said it before and once again. If you truly like the story and characters of TLK you really should read the books. IMO it’s SO much better.”

Some fans have suggested Thyra was killed off dramatically so there was a definitive end to her character, rather than just having her fade into the background.

Although she was an important part of the series, she was never intended to be one of the main characters.

The most likely reason for the plot change is to simply add dramatic effect, but not everyone agreed with the idea.

TheCleanWook said: “If I remember correctly, her death isn’t even mentioned in the books… and if it is, it’s brushed off in a sentence or two.

“Also, Beocca is definitely dead before her. So maybe you can feel better about her death being fictionalized?”

The Last Kingdom is on Netflix now

01/14/2021 TV & Movies Comments Off on Thyra The Last Kingdom: How did Thyra really die? Major plot twist revealed
Recent Posts
We and our partners use cookies on this site to improve our service, perform analytics, personalize advertising, measure advertising performance, and remember website preferences.Ok