THIS Morning was thrown into chaos today as guest Barry Humphries congratulated Dermot O'Leary for "bravely" coming out as gay last year after confusing him for Phillip Schofield.

Dermot, 48, was visibly confused when the 87-year-old comic began his sweet message of support – and politely tried to correct him when the penny dropped. 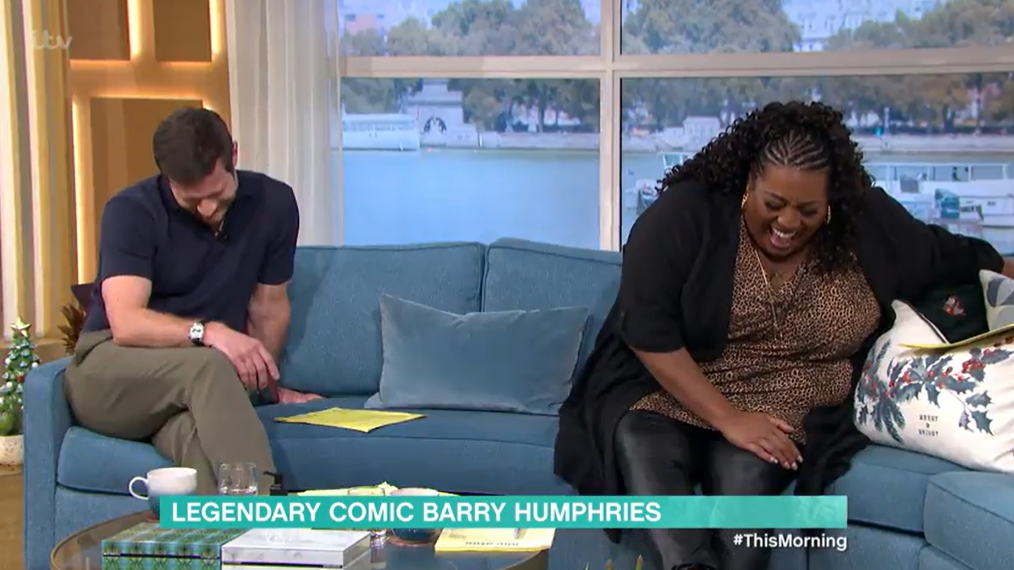 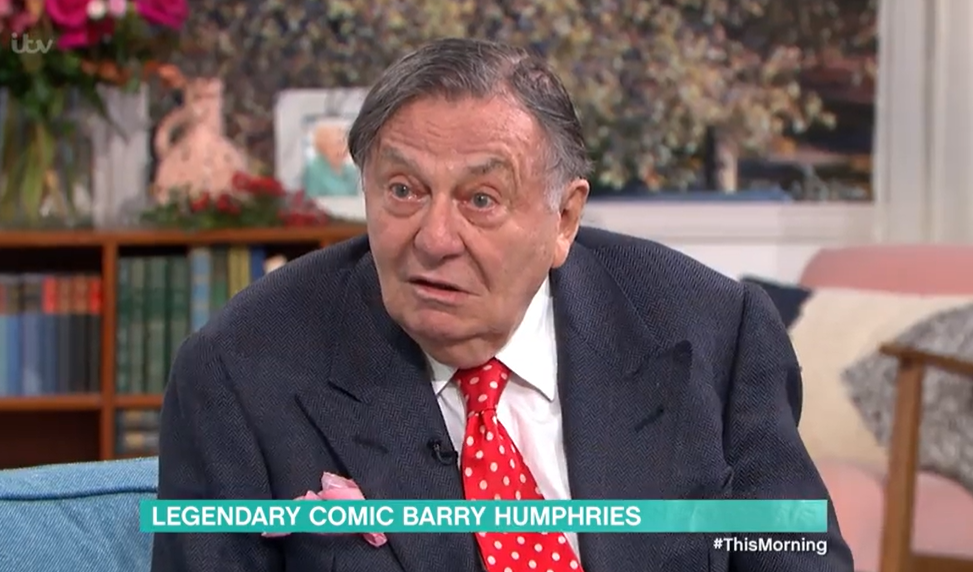 But Barry didn't seem to understand, and once again called Dermot "brave" for being so open, while Alison Hammond giggled uncontrollably between them.

Ironically beginning the compliment by boasting about what a "good memory" he has, Barry said: "Incidentally, Dermot, I want to congratulate you by the way – seriously, on your courage."

Giving Alison a look as she laughed loudly having alreadyclocked where this was going, Barry went on: "Last year, no no, when he came out and told us about his sexuality…"

Alison's laughter interrupted him again, with Dermot chuckling himself as he desperately tried to regain enough composure to correct the guest.

He said: "Thank you, I will pass that on to the gentleman who is here from Monday to Thursday… Don't you worry!"

Barry looked genuinely confused, causing Alison to giggle even more, with the guest then adding: "No, your bravery was a marvel – and by the way, we're all in showbusiness."

Between howls of laughter, the pair attempted to get the interview back on track – but they were still visibly tickled by it all for the remainder of the segment.

This Morning viewers at home also saw the funny side, taking to Twitter to share their reaction to the gaffe.

One wrote: "Possibly the best interview I've seen in a while, Barry confusing Dermot with Phil."

Another added: "Never known Dermot to be lost for words before!"

I want to congratulate you by the way – seriously, on your courage last year.

A third said: "OMG I am in tears, I dont think I could have carried on the interview after that."

Others speculated whether Barry made the mistake on purpose as a joke, with one skeptical viewer writing: "As if he thinks Dermot is Phil … all for the laughs folks!"

Phillip came out as gay live on This Morning last year, bravely speaking out about his sexuality after keeping it a secret for years.

He was supported heavily by his co-stars and famous pals, with Eamonn and Ruth interviewing him on their Friday show as Holly Willoughby offered comfort. 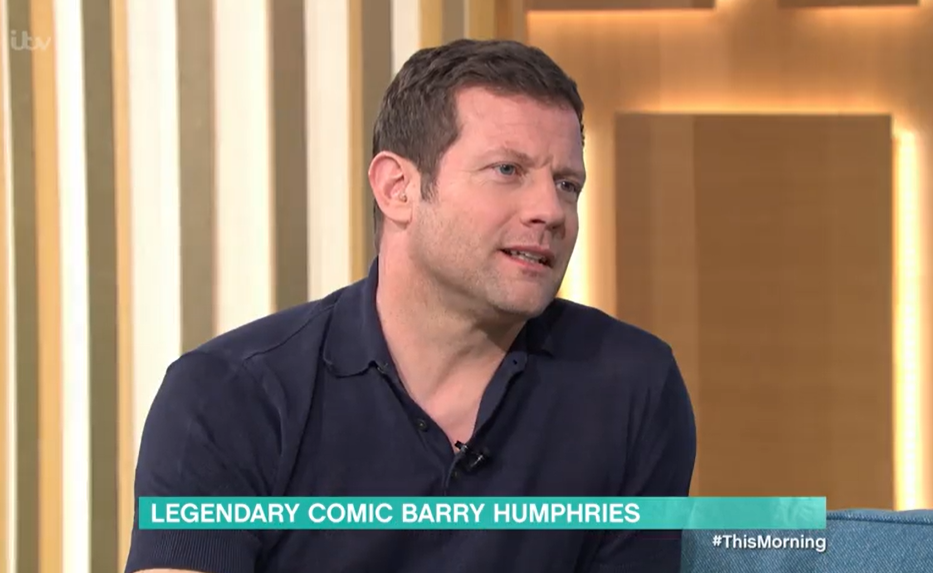 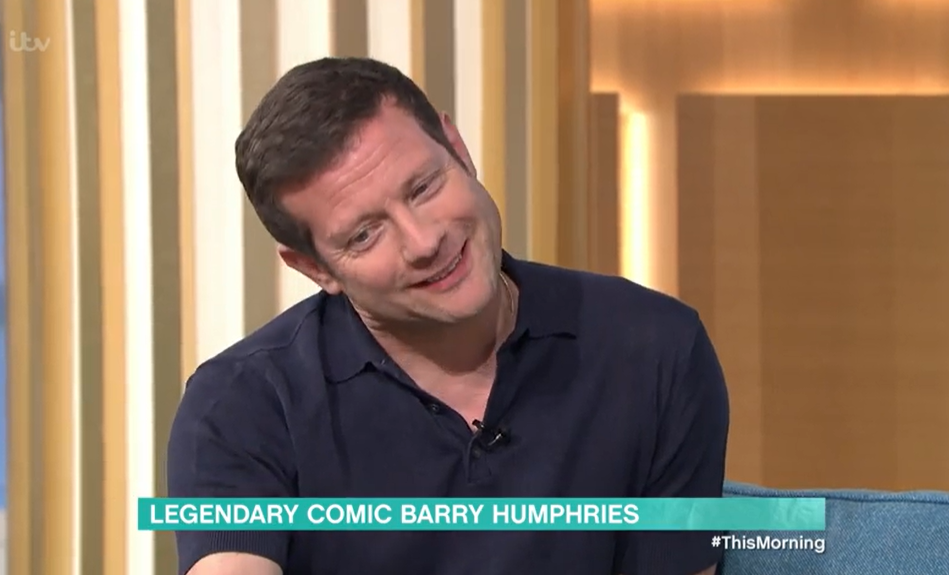 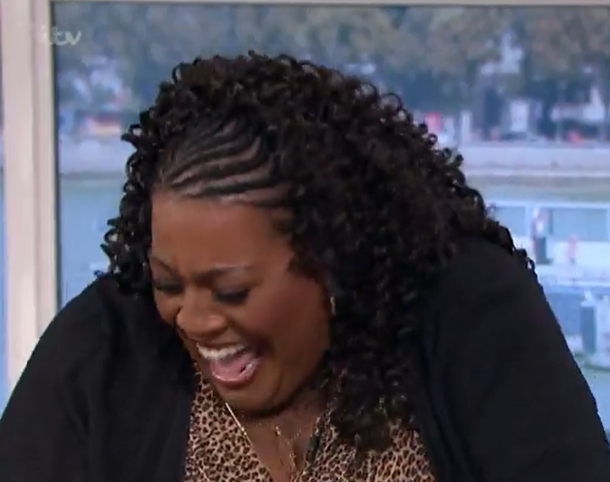 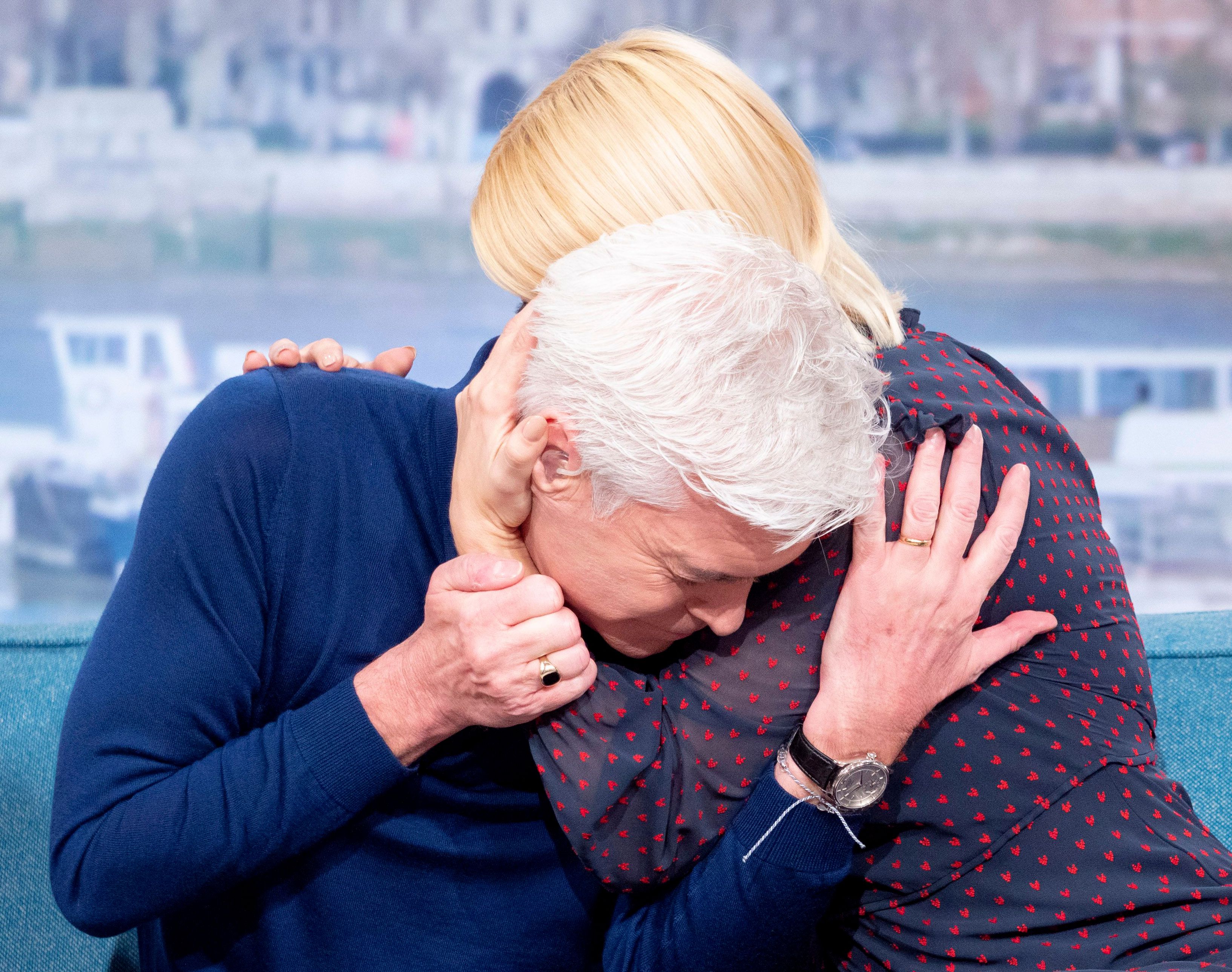