But when it came to contestant and finalist Gracie-Jayne’s turn to kick off the performances, everything went wrong on the ITV show before she’d even begun to sing.

Met with silence, viewers wondered what was going on as the stage was in darkness and Gracie-Jayne appeared to forget her words.

In fact, the show had suffered a technical gaffe and the finalist couldn’t hear the music and thereby her cue to come in.

Stepping in to help Gracie-Jayne, presenter Emma Willis was forced to explain to viewers what was going on.

“OK so sometimes with live shows we have technical difficulties,” she shared slowly.

“So what we’ve got right now is that Gracie-Jayne can’t hear the music, that’s what’s happening.”

Luckily, the sound was fixed and Gracie-Jayne came out onto the stage with a grin on her face and began belting out her impressive tune. 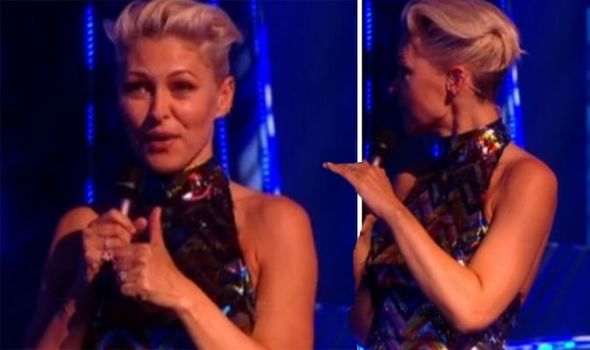 07/27/2019 TV & Movies Comments Off on The Voice Kids: ‘What do I do?’ Emma Willis stumbles as show suffers HUGE technical gaffe
Recent Posts