Fans of the BBC One show will know how some of the items which appear on The Repair Shop are of emotional significance to the guests, who often struggle to hold back tears after Jay Blades and his team have worked their magic resorting them. Tonight, Peter Mason from Herefordshire, had a kitchen curiosity from a bygone age for the team to tackle.

The item in question was quite the curious one: the ice-cream maker was a bucket in which a tin sat. This is where the sweet mixture to make ice-cream went and the crank mechanism churned it while the ice in between the layers cooled it down.

Jay himself was quite baffled by the odd item: “And that just makes ice cream?” He asked.

“My grandma and I used to spend each summer making ice-cream in this thing,” described Pete.

“She used to say ‘Peter do you want ice cream?’ and I would say ‘Yes please granny’ and she would go in the kitchen, make up the mix, she would come in with it in the tin, stick the ice in it and we would sit in the front room and I would turn this for about 20 minutes, half an hour. 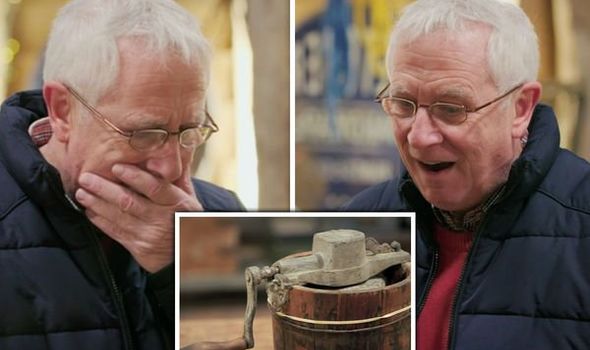 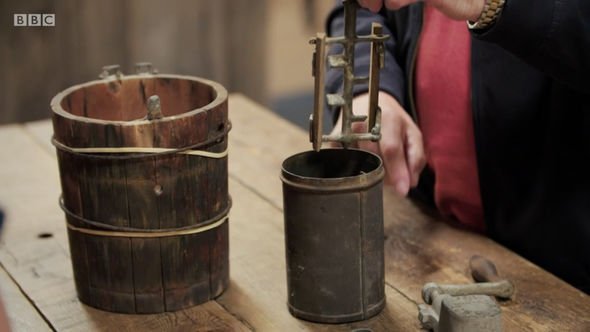 “The top would come off and there would be the ice cream and it was always vanilla,” he recalled.

Peter also mentioned how his grandmother Ethel was given the item when she left her job at the Big House, which again threw Jay for a loop.

“Hold on, what’s the Big House?” Asked the presenter before his guest explained it was how in the family they used to refer to the “grand houses, upstairs-downstairs” where his grandmother worked.

Before he left Domenic Chinea to tackle the restoration project, Jay reiterated: “It’s a bucket that makes ice cream, imagine that? You have definitely made my day!” 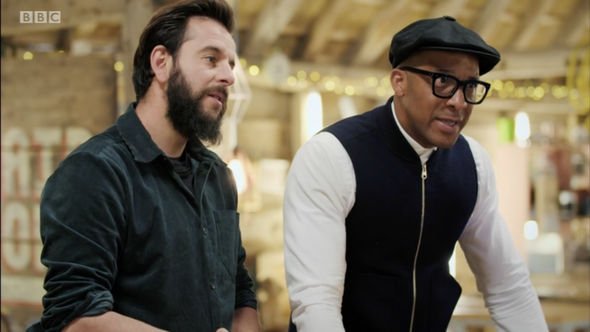 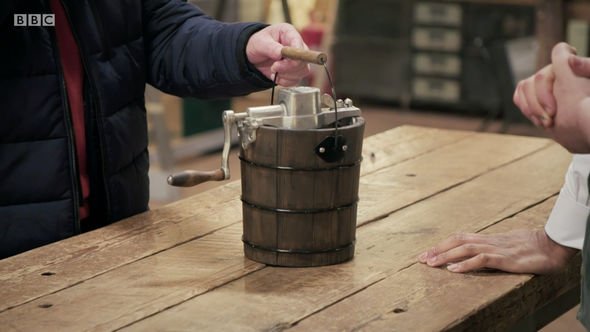 Despite the novelty of the item itself, Peter had quite an emotional attachment to it, saying it “is the one thing I have to remind me of my grandmother and the wonderful legacy she left us: it was love. We were very close”.

“When I look at the ice-cream maker now I see it less than it was and I feel she and the ice cream maker deserve more than that,” he added.

Domenic had to take the entire bucket apart but was able to fully refurbish the ice-cream maker and make it food-safe and functional again.

When he returned to the Repair Shop to collect his restored ice-cream bucket, Peter was excited to see the machine unveiled from underneath the plaid blanket.

He gasped when he saw the beautifully repaired machine, bringing a hand to his face: “It’s beautiful,” he said. “Actually I wasn’t going to cry.

“I’m shaking. I can’t tell you what this means to me, it’s beautiful,” he continued and then thanked the team.

Those watching at home saw Peter explore all of the changes made and when he opened the lid, he found a pleasant surprise.

The team had already churned a batch of fresh ice cream for him.

Jay then asked if they could share the ice-cream with the rest of the team who were already on the sidelines waiting: “I thought you were never going to ask,” remarked one crew member.

As he left the Repair Shop, Peter noted how “the last time I saw the ice cream maker working I was about 4 or 5, so quite a few years ago now”.

“It brings her back to life to me, I am there beside the fireplace with my grandma, that’s why it’s important to me.”

The Repair Shop continues Wednesday at 8pm on BBC One.