June (played by Elisabeth Moss) enlisted the help of Commander Lawrence (Bradley Whitford) to get several children and Marthas on a plane out of Gilead and into Canada. While the handmaid appears to be able to trust the Commander, actor Bradley has hinted he is in fact “testing” June to find out if she is worth of his help. Could season four of The Handmaid’s Tale lead to Commander Lawrence turning on June and betraying her?

There have been several occasions when viewers have been left worried Commander Lawrence is not trustworthy and will turn on June at any point.

It feels more likely this could happen once he realises the role she played in his wife Eleanor’s (Julie Dretzin) death.

Commander Lawrence was devastated when Eleanor overdosed on her medication and felt awful about how he had helped come to fruition – something his wife despised.

If he were to find out June left Eleanor to die and didn’t call for help, he could turn her in to the Gilead authorities. 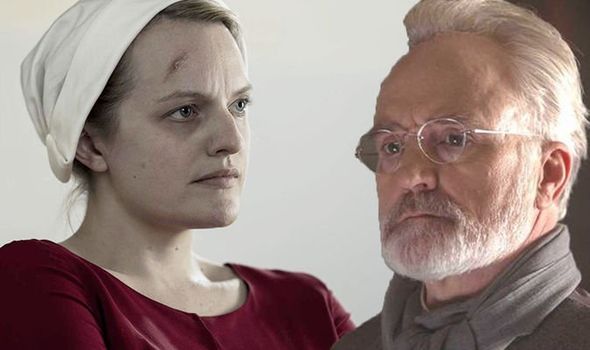 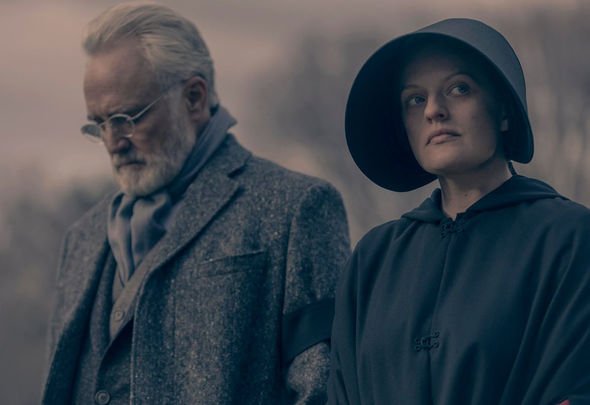 Talking about Commander Lawrence and June’s relationship, Bradley explained how he has been testing June.

He explained: “The way this character is written is phenomenal to me.

“There’s a scene where I, all the commanders are there and they’re fighting and June is there and I stop, I interrupt the fight and I make June parade in front of the men.

“I force her to choose, to get a book for me. 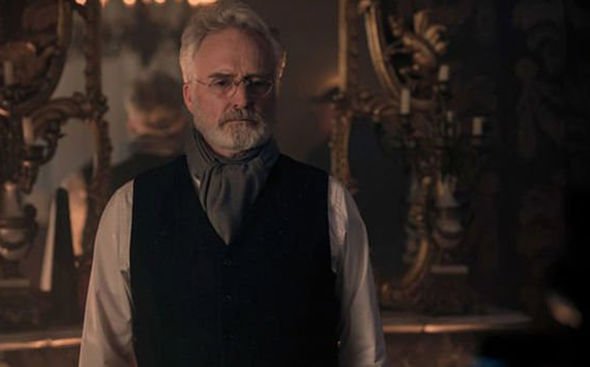 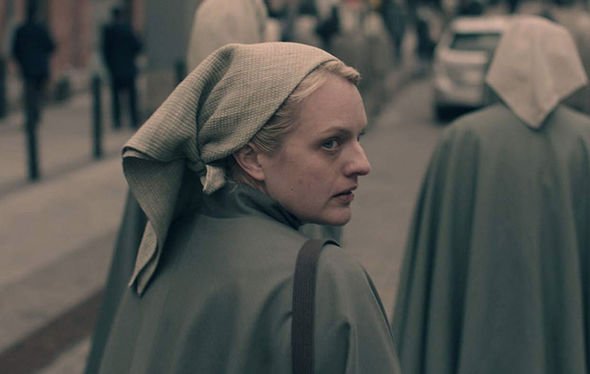 “Of course, handmaids are not allowed to read so, what’s amazing about this writing is there’s so much going on.

“For one thing, I am bonding, I’m transcending this argument with the commanders by bonding with this little average day Gilead misogyny, like let’s mock a woman and bond together.

“I’m also testing her because if I’m going to go out on a limb with this woman, I need to know she’s not, my from point of view, is this just a sentimental woman who wants her baby back or is this someone who could be a part of potentially a coup?

“So on the one hand there’s part of him that’s a misogynist, and enjoying mocking her, there’s a part of him that is using misogyny to get out of an argument between the commanders, and i’m testing her.

“That is just absolutely phenomenal piece of writing.”

Will June pass Commander Lawrence’s test and will the pair manage to stage a coup to take down Gilead?

It comes after Elisabeth said she is “happy with June’s journey” in season four.

Speaking to the Metro’s Sixty Seconds column, the actress said: “Personally I’m very happy with the season and with June’s journey.

“No, well, I feel like this is gonna sound like a line but I think trying to predict as an audience where the season is going – you’re never going to get it!”

She added she feels “similar” to June, continuing: “Her story is the story of so many people who are just trying to survive extraordinary circumstances and under extraordinary challenges.

The Handmaid’s Tale seasons 1-3 are available to stream on Amazon Prime Video and Now TV now.

11/19/2020 TV & Movies Comments Off on The Handmaid’s Tale season 4: Commander Lawrence star reveals huge test for June
Recent Posts
We and our partners use cookies on this site to improve our service, perform analytics, personalize advertising, measure advertising performance, and remember website preferences.Ok