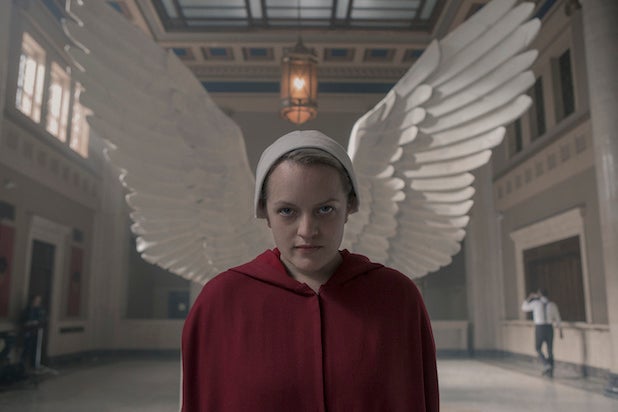 Blessed be the fruit! “The Handmaid’s Tale” has been renewed for a fourth season at Hulu, ahead of the Elisabeth Moss-led dystopian drama’s Season 3 finale on Aug. 14.

Per Hulu, the third installment of Bruce Miller’s adaptation of Margaret Atwood’s iconic novel is driven by June’s resistance to the dystopian regime of Gilead and her struggle to strike back against overwhelming odds. Startling reunions, betrayals, and a journey to the terrifying heart of Gilead force all characters to take a stand, guided by one defiant prayer: “Blessed be the fight.”

The series hails from MGM Television.

He also revealed the streaming service has set a new comedy starring Amy Schumer, ordered a Padma Lakshmi-hosted series exploring the culinary traditions of immigrant communities, added Mahershala Ali to Season 2 of “Ramy,” set premiere dates for new shows “Dollface” and “Reprisal,” as well as Season 3 of “Marvel’s Runaways,” and released a teaser for “Looking for Alaska” and a trailer for “Wu-Tang: An American Saga.”