The Falcon and the Winter Soldier is now playing on Disney+, continuing phase 4 of the Marvel Cinematic Universe. According to head writer Malcolm Spellman, the series will set up three other Marvel projects.

But star Anthony Mackie says there is only one person who truly knows what’s next in the MCU. 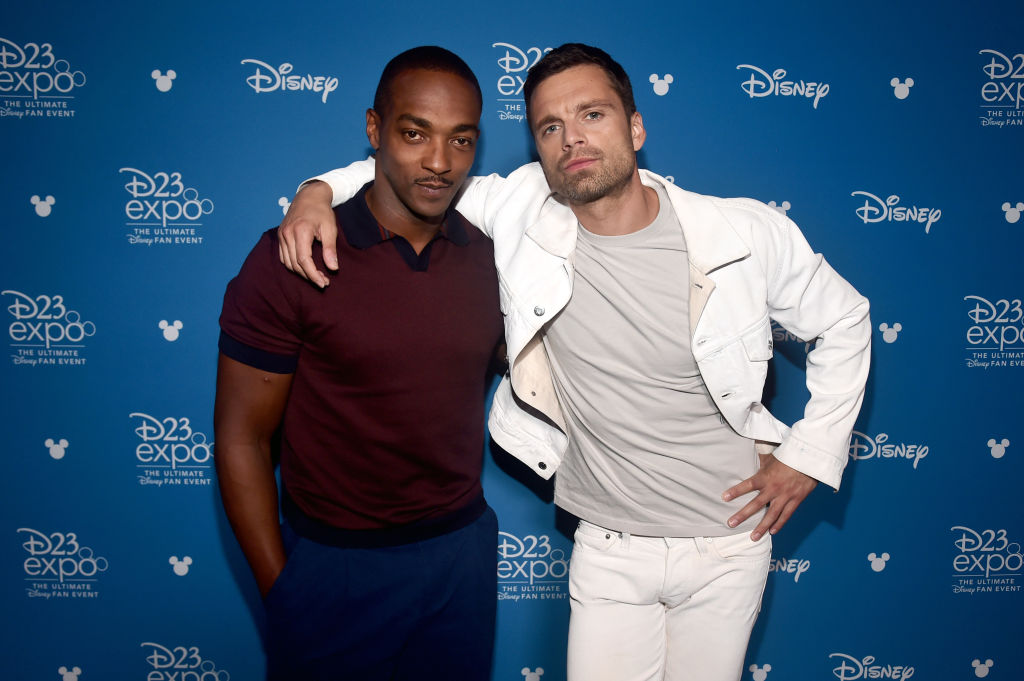 The Falcon and the Winter Soldier stars Mackie as Falcon/Sam Wilson and Sebastian Stan as Winter Soldier/Bucky Barnes. After years of playing their characters on the big screen, both actors admit they were apprehensive about bringing the story to the small screen.

“My greatest fear was thinking there was no way we were going to be able to do on television what we’ve done on film,” Mackie told The Toronto Sun. “I thought there was no way you’d be able to get the scope and magnitude of a movie screen down to an 80-inch television. But I watched this show on a 14-inch screen and every action sequence left me with my eyes wide open and saying, ‘Holy s**t,’ clapping my hands and wanting more and more.”

Stan agreed, saying that he felt very protective of his character. He also pointed out that everyone was doing their best “to give audiences a new experience.”

Sam and Bucky have to figure out how to come together

Both Sam and Bucky have been side characters in the MCU in a number of movies over the years. But now, the characters are at the center of the story. Stan says they are “two odd guys” who come from different sides of the spectrum. In The Falcon, they are “thrown into this thing together.”

“They’re bonded by this symbol that they both see differently and project different things on to,” Stan explained. “They have to figure out a way to come together as a result of that and it becomes a much bigger connection than what it started as.”

Stan says he was pleasantly surprised and happy with the direction that The Falcon and the Winter Soldier took. He didn’t know they were going to bring the two characters together for a buddy cop story.

Mackie explained that by the end of the series, he was interested to see what would happen next. The actor also pointed out that only one person truly knows what’s coming — Marvel boss Kevin Feige.

“I’m curious to see where it all goes, and where Sebastian and I go … in a lot of ways, we’re spectators, just like everyone else,” Mackie revealed. “Every cliffhanger is a cliffhanger for everybody, except Kevin. But the question I always ask is: Do I fall in love with the Black Widow? When does that storyline come in? Because I’ve requested that several times.”

On an even platform

Stan says that after watching WandaVision, it’s easy to see that everything in the MCU is tied together in some way. The Falcon and the Winter Soldier is a continuation of the story. It’s also a “side story” and “future story.”

“It’s all those things. Kevin Feige always said he wanted the shows and the movies to be on an even platform in terms of the storytelling. So it’s very relevant and it definitely affects a lot of things,” Stan explained.

The threats are complex in ‘The Falcon and the Winter Soldier’

Stan says that the series will have fans asking who the real villain is. Everyone is coming at it from a specific point of view, which makes it a “complex question.” The actor says fans will just have to watch the series to see what he’s talking about.

The Falcon and the Winter Soldier is now airing on Disney+, with new episodes added on Fridays.

04/02/2021 TV & Movies Comments Off on 'The Falcon and the Winter Soldier': Anthony Mackie Says There Is Only 1 Person Who Knows What Is Next in the MCU
Recent Posts