Season four, episode five of The Crown sees Michael Fagan (played by Tom Brooke) break into Buckingham Palace – for the second time – and enter Queen Elizabeth’s (Olivia Colman) bedroom which she is asleep. The working-class man and Her Majesty discuss Margaret Thatcher’s political style and how it is impacting his life. An arrest is eventually made, and the pair part in cordial fashion: “I shall bear in mind what you said” the royal responds. But, according to the real-life Michael, this exchange is far more fictionalised than viewers might expect.

The Queen begins by shouting for help, but the early morning cleaners drown out for cries with the sound of hoovering.

“What do you want? Is it money?” She asks Michael and he replies: “I don’t want money, I don’t want anything. I just want to talk to you and tell you what’s going on – in the country. Because either you don’t know or you don’t care.”

“Of course I care!” She snaps back. “I care very deeply indeed. What a thing to say.”

Scenes then show the royal reaching for her bedside telephone but Michael stops her, and after cleaning the cut on his hand in her bathroom, the two sit down with one another and have a frank conversation. 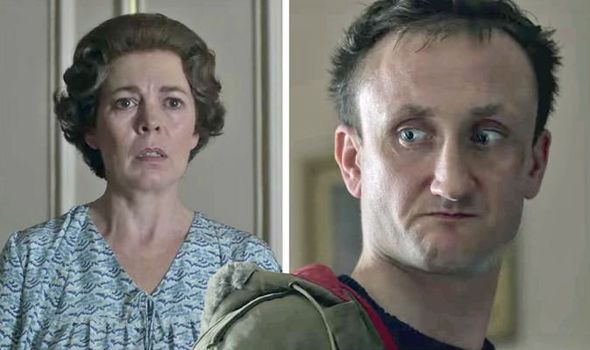 “What is the matter with you? This is private property,” the Queen remarks and the unwanted guests comments: ”No it’s not, it’s state property.

“I’ve tried everything else, writing letters, speaking to my MP – fat lot of good that did, mirage of democracy. So I’ve come to you, the Head of State, you’re my last resort, someone who can actually do something,” Michael explains.

“What is it you’d like me to do?” She asks and he adds: “Save us all from her [Margaret Thatcher].

“She’s destroying the country – we’ve got more than three million unemployed, that’s more than the Great Depression, doesn’t that bother you?

“First the work dried up, then my confidence dried up. 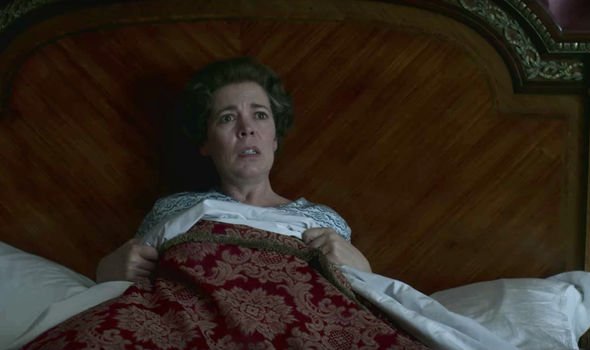 “Then the love in my wife’s eyes dried up and you begin to wonder, where’s it gone?

“Not just your confidence or happiness, but your, they say I have mental health problems now, I don’t, I’m just poor,” he adds.

Their conversation is interrupted by the Queen’s maid bringing in her tea tray, and the royal ushers her employee to go and get the security guards.

“I do hope they don’t make things too difficult for you in light of all this,” the royal remarks. “Well, goodbye,” and they touch hands.

Apparently, this isn’t really what happened. 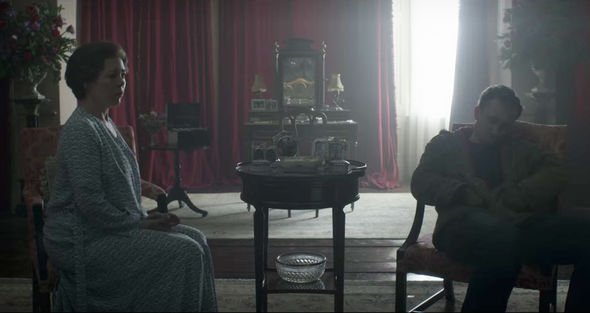 Michael climbing the railings near the Ambassadors Entrance was accurate, and he entered the palace through an unlocked window on the ground floor according to Scotland Yard’s report.

The room he climbed into housed King George V’s multimillion-pound stamp collection, and while the alarms were triggered twice, the police assumed it was an error.

Michael then sought higher ground and using a drainpipe he had access to the office of the Master of the Household where he was spotted by a domestic staff member, but suspicions weren’t raised.

He eventually then found his way to the palace’s private apartments, and before meeting the Queen, he entered Her Majesty’s bedroom carrying a piece of broken ashtray. 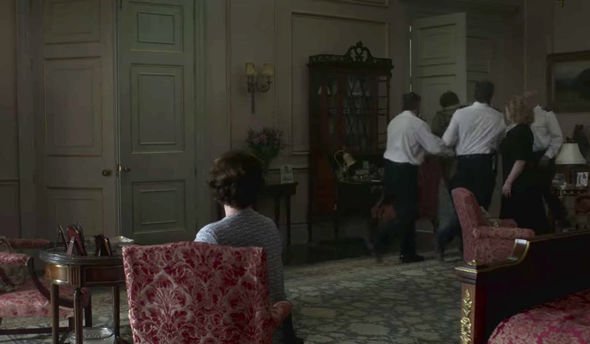 According to his statement, Michael told police he was planning on harming himself in the royals’ present – something The Crown skipped over.

In a previous interview with the Independent in 2012, Michael explained the moment he opened the Queen’s curtains: “I was scareder than I’d ever been in my life.

“Then she speaks and it’s like the finest glass you can imagine breaking: ‘Wawrt are you doing here?'”

The Crown didn’t deviate too far from the truth, the Queen did try and raise the alarm, but the police sergeant standing outside her door had already clocked off when the domestic staff had arrived at 6am.

According to the Scotland Yard report: “Before police officers arrived, Her Majesty attracted the attention of the maid, and together they ushered Fagan into a nearby pantry on the pretext of supplying him with a cigarette.

“They were joined there by the footman, who had returned from exercising the dogs.

“While Her Majesty kept the dogs away as the man was getting agitated, the footman helped to keep Fagan in the pantry by supplying him with cigarettes until first one and then another police officer arrived and removed him.”

The Crown season one to four is available to watch on Netflix now.

11/20/2020 TV & Movies Comments Off on The Crown season 4 misses crucial details about Michael Fagan’s break-in to Queen’s room
Recent Posts
We and our partners use cookies on this site to improve our service, perform analytics, personalize advertising, measure advertising performance, and remember website preferences.Ok