Just ahead of The Bold Type’s season finale, Aisha Dee took to Instagram to call out the show’s lack of writers and directors of color behind the scenes, as well as to stick up for her character.

On July 16, Dee—who plays Kat, the first Black woman to hold a director position on the show’s fictional Scarlet magazine—shared her experiences growing up in Australia and Hollywood, as well as concerns with The Bold Type, ranging from lack of Black hairstylists on set to a particularly troubling storyline in season four.

In the open letter, Dee revealed that it took two seasons for The Bold Type’s writer’s room to include a BIPOC and that there has only been one Black director in the show's history. “Even then, the responsibility to speak for the entire Black experience cannot and should not fall on one person,” she continued. “We got to tell a story about a queer Black woman and a lesbian Muslim woman falling in love, but there have never been any queer Black or Muslim writers in the room.”

https://www.instagram.com/p/CCrq65djxDf” data-instgrm-version=”8″>“It took three seasons to get someone in the hair department who knew how to work with textured hair,” Dee shared. “This was impactful on so many levels, and I’m grateful for the women who showed me how to embrace and love my hair in a way I never had before. I want to make sure that no one else ever has to walk onto a set and feel as though their hair is a burden. It is not.”

Perhaps its this lack of representation that led to a particularly disappointing storyline for Dee in season four, which features Kat exploring her attraction to a conservative, Republican lesbian. “The decision to have Kat enter into a relationship with a privileged conservative woman felt confusing and out of character,” Dee said. “Despite my personal feelings about the choice, I tried my best to tell the story with honesty, even though the Kat I know and love would never make these choices. It was heartbreaking to watch Kat’s story turn into a redemption story for someone else, someone who is complicit in the oppression of so many. Someone [whose] politics are actively harmful to her communities.” 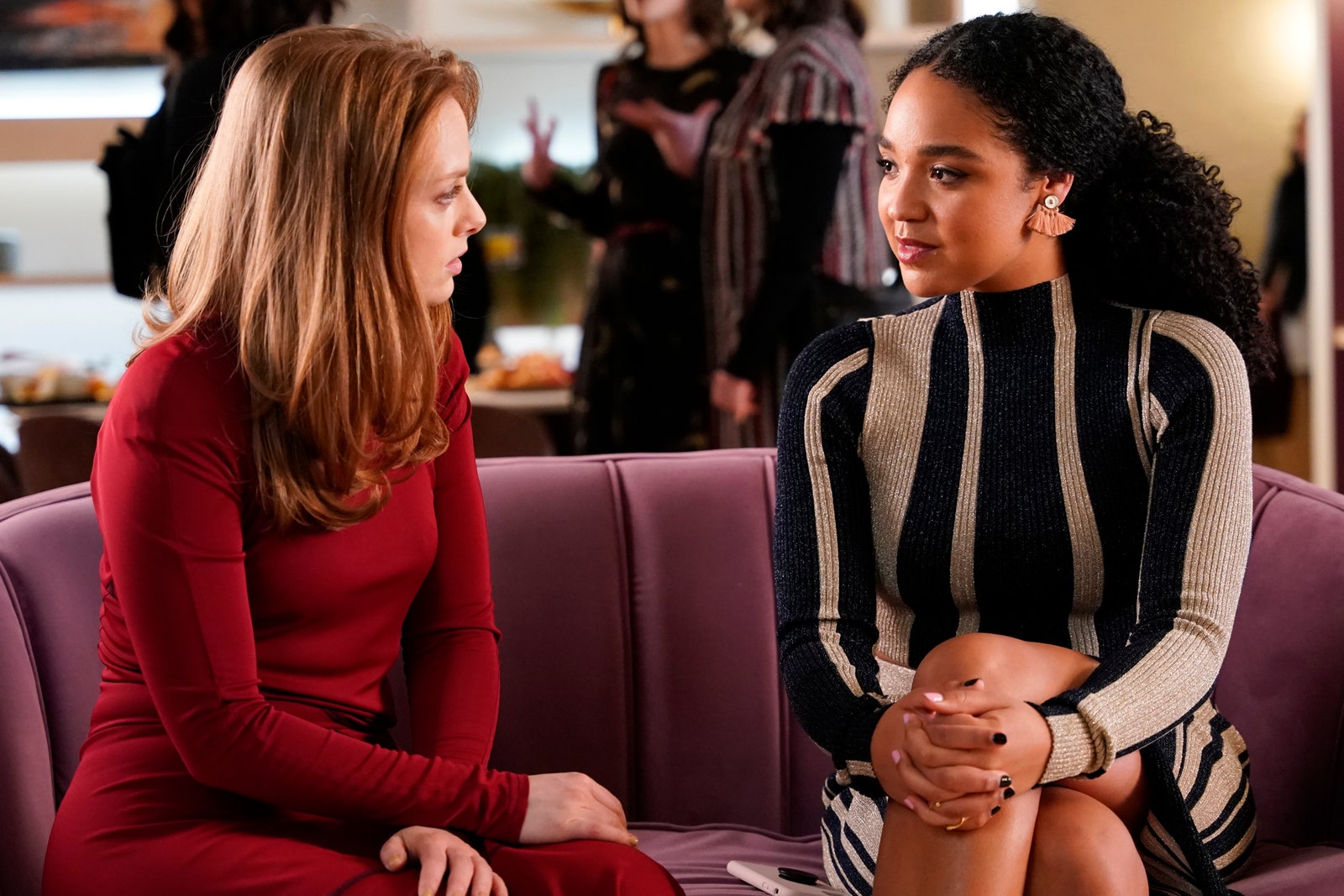 “I’m ready to take a cue from my girl Kat,” Dee wrote later in the letter. “What would Kat do? She would take a stand and advocate for herself and all other marginalized voices to influence change. I am ready to push harder and speak louder for what matters to me: The diversity we see in front of the camera needs to be reflected in the diversity of the creative team behind the camera.”

Dee has been speaking with the show’s writers and producers, as well as executives at Freeform and Universal TV. “I’m hopeful we will have the opportunity to tell more authentic stories by hiring, promoting, and listening to diverse voices across the entire production of The Bold Type and beyond,” she concluded. “This is an opportunity to walk the walk, to really practice the things The Bold Type teaches, by acknowledging mistakes and making commitments to be better in the future…. By speaking out, I’m taking a risk. It’s scary, but it’s worth it. This is not judgment. This is a call to action. We deserve to see stories that are for us, by us.”

Dee’s two costars, Meghann Fahy (who plays Sutton) and Katie Stevens (who portrays Jane), have both praised and reposted Dee’s letter, while Freeform, Universal TV, and The Bold Type released a statement in support of the actor. “Our goal on The Bold Type is and has always been to tell entertaining, authentic stories that are representative of the world that Kat, Jane, and Sutton live in,” the statement reads, per Entertainment Weekly. “We can only do that if we listen.”