TLC reality TV has a hefty fan base, and now, a new crew is joining the network. The Blended Bunch features the unique Shemwell family, and we’re already learning a ton of information about all 13 of them. So, are Shemwells paid for to be on the series? Here’s what we know about their possible paycheck.

Who are ‘The Blended Bunch’?

Much like the Duggars, the Bates family, and the Plaths, The Blended Bunch features another family of unusual size — but the Shemwells are a bit different from the rest. According to Screen Rant, the show chronicles the lives of Erica and Spencer Shemwell, a married couple who were both widowed before finding each other. Between the two of them, they have 11 kids from their previous marriages.

Before getting together with Spencer, Erica’s husband died of brain cancer. They were married for 10 years after initially meeting in college. The couple had seven children together, with their oldest, Landon, now 12 years old, and their youngest, Caleb, just 3. As for Spencer, his wife died in a car accident. She was survived by four kids with the oldest being 12 and the youngest at 4 years old.

After meeting in a support group for widows, Erica and Spencer hit it off, and they married after just 13 months.

“Our family series are a cornerstone of programming at TLC and these days, the word family has expanded to mean many things,” TLC explained of the Shemwells. “We are constantly evolving and the Shemwells are a wonderful reflection of the varied families in today’s world.”

How much are the Shemwells paid for the TLC series? 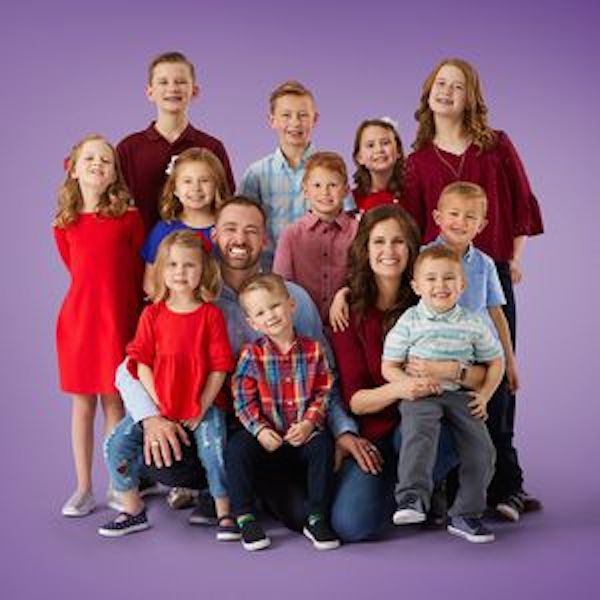 Fans are eager to see what life is like for the Shemwells given their extraordinarily unique situation. So, is the large family paid for The Blended Bunch — and if so, how much?

There’s no doubt the Shemwells are paid. As for how much, that’s up for debate. According to The Cinemaholic, TV producer Terence Michael shared with E! News in 2009 that the budget for the average TLC episode is around $250,000-$400,000, and the stars of the show receive a 10% cut. Given this information, it’s likely the Shemwells are making between $25,000 to $40,000 per episode. Each episode takes about four to five days to film. If the season has 10 episodes, that’s quite a lot of money in the stars’ pockets.

However, we’re not sure if those figures have changed over the years. And because the Shemwells are newcomers to reality TV, they might not make as much as some veteran stars.

Erica and Spencer don’t just rely on the series for their income, either. Spencer has his own contracting company, and Erica keeps up with her personal blog.

How much do TLC reality stars get paid?

Michael’s figure for how much TLC reality stars get paid is a great baseline, but there are certainly exceptions to the general rule. There are stars, like the Duggars, who’ve been on television for decades, and they’re certainly out-earning the newbies.

Others on TLC don’t make nearly as much as the standard. It’s been reported that stars from 90 Day Fiancé only make $1,000 per episode.

Hopefully, The Blended Bunch pulls in enough viewers so the Shemwells can thrive with multiple seasons of the show!

04/07/2021 TV & Movies Comments Off on 'The Blended Bunch': How Much Are the Shemwells Paid for the Show?
Recent Posts