SUSANNA Reid was delighted to reunite with Ben Shephard today on Good Morning Britain after he was off screens for a while.

Ben, 46, explained his disappearance from the show, revealing he had in fact been in Bristol filming his game show Tipping Point. 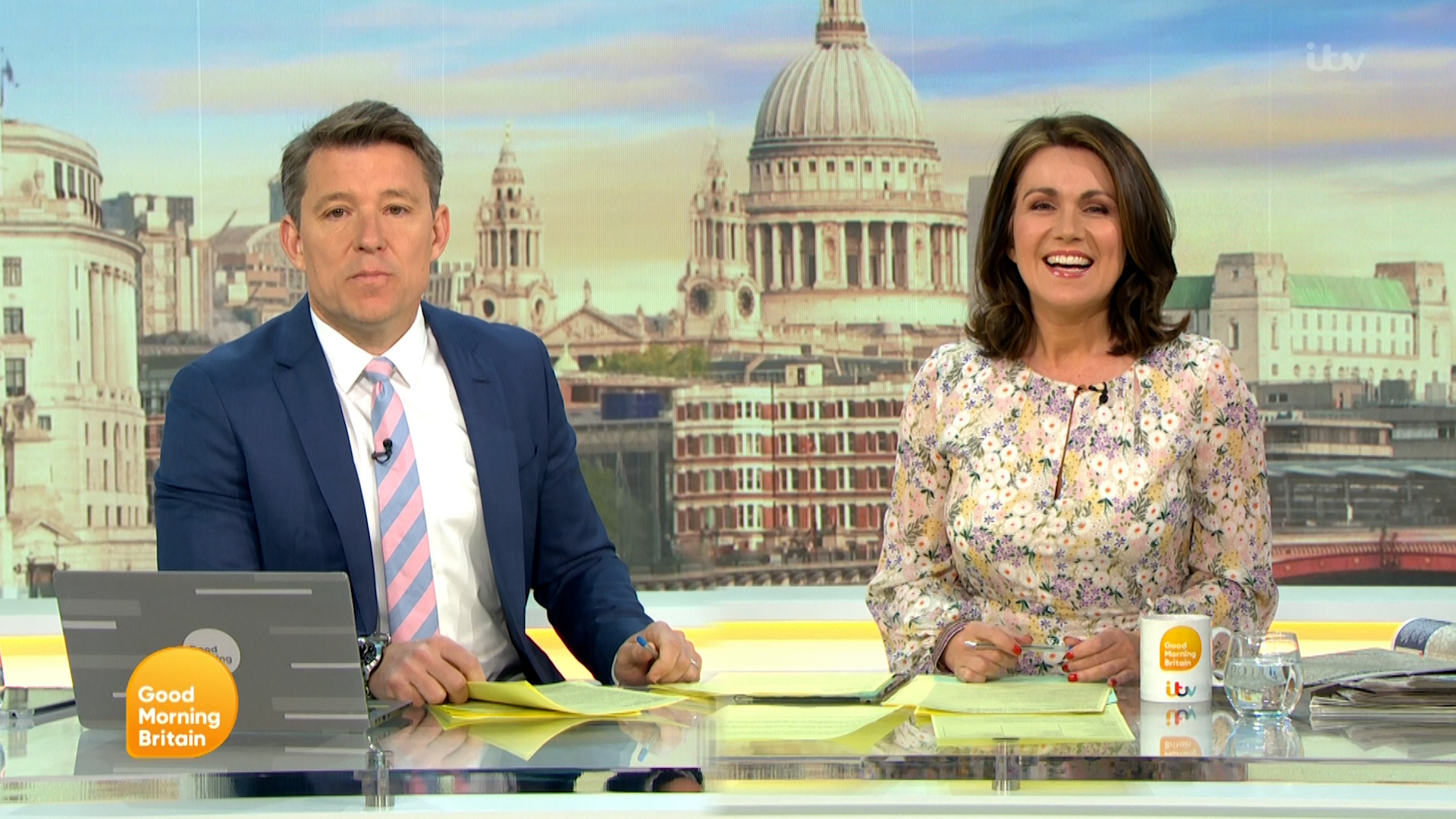 Keen to know where he had been, Susanna asked:”You’ve been gone a while! What have you been up to?"

“Been down in Bristol filming lots of episodes of Tipping Point.”

His abbreviation of Tipping Point left both Susanna and Kate Garraway baffled as they assumed he meant he had been to the dump. 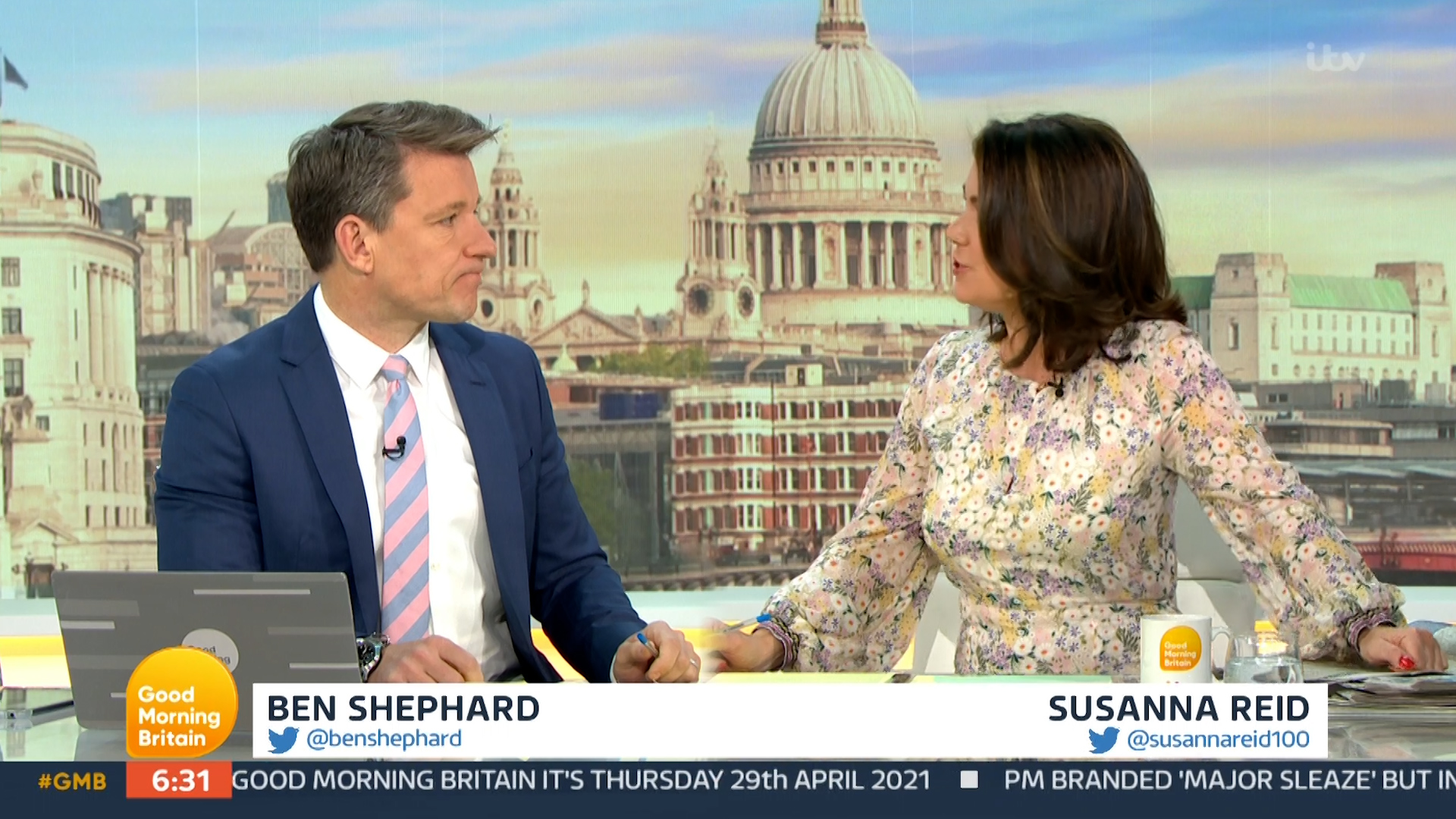 Susanna has been hosting the show this week alongside Adil Ray.

She has been working with a series of different presenters on the show after Piers Morgan abruptly quit earlier this year  after refusing to apologise for comments he made about Meghan Markle.

The Sun recently revealed that Richard Madeley is a front runner to take over full time and will join in June with the option of extending the deal if the “trial” goes well, a source said. 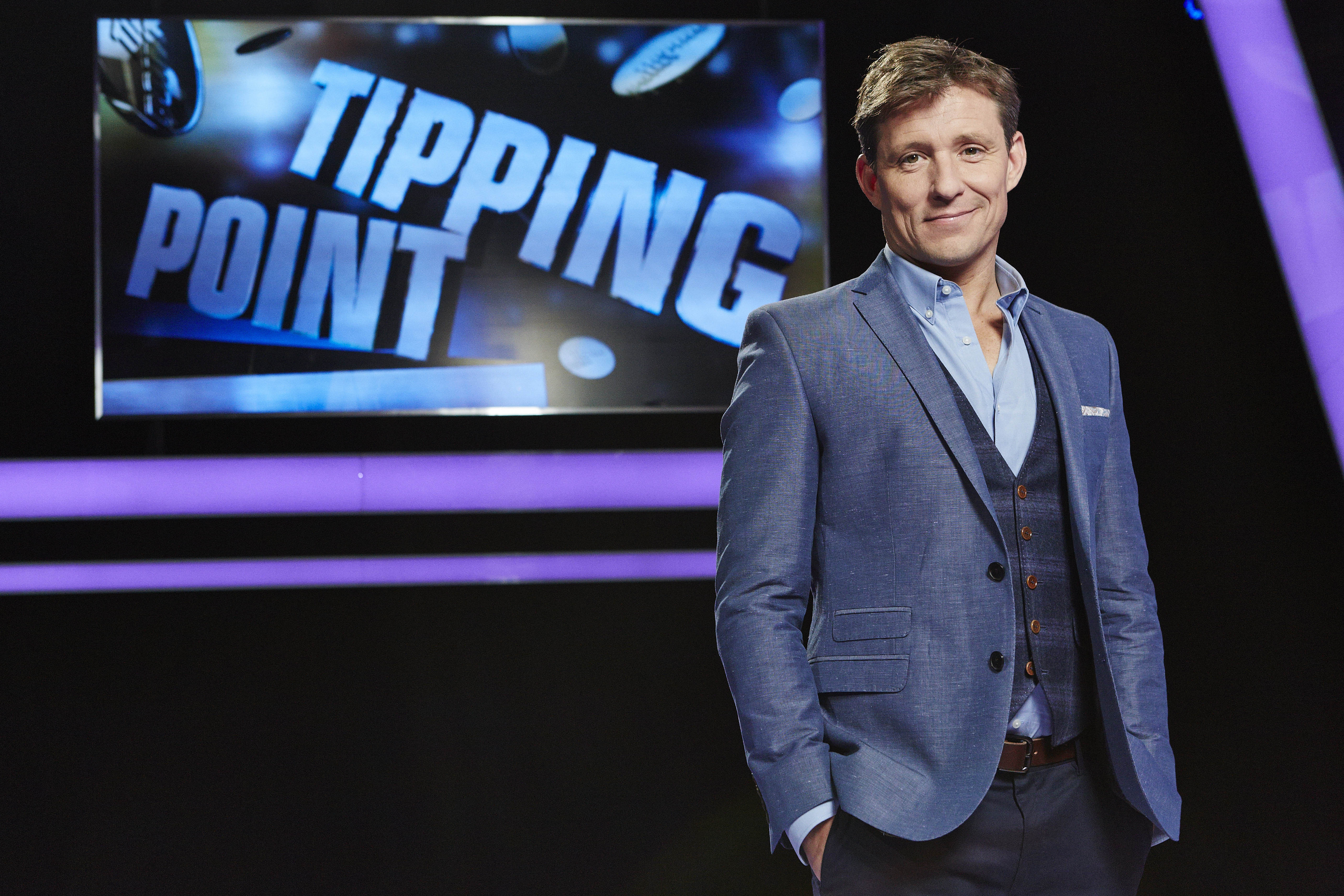 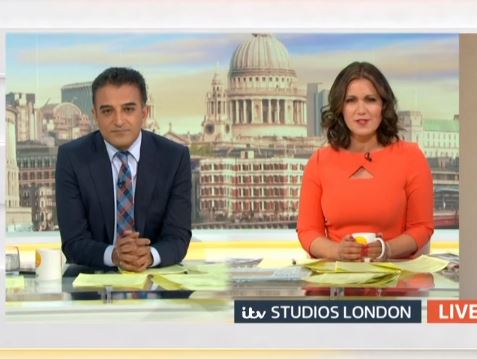 An ITV insider said: “Piers is nigh-on impossible to replace and GMB execs accept this, but Richard has his own inimitable style.

“Like Piers, he’s a trained journalist who knows how to press guests and get a decent ‘line’ from interviewees.

“He shoots from the hip, says what he thinks, and is a genuinely brilliant, likeable chap off air — so it’s very much a 'watch this space'.”

Richard said he would be “bonkers’ not to consider any job offer from GMB chiefs who have seen viewing figures tank since Piers left.

But he added: “I very much like sitting in for people. I have all the fun and very little of the responsibility or flak.”