The CW show Supernatural has now concluded after becoming the longest-running fantasy show on American television. Its leads announced in 2019 the show would be finishing after a decade and a half. Here’s a brief recap of how Supernatural ended and who met their demise.

Who dies in Supernatural season 15?

Fans of Supernatural bid farewell to the Winchester brothers as the show wrapped up but this time the siblings weren’t riding off into the sunset like so many times before.

The show ended on a bittersweet note with Dean Winchester (played by Jensen Ackles) sadly perished during their last case involving some vampires kidnapping children as part of a twisted ritual.

During the fight with the vampires, Dean was mortally wounded and close to death and fully aware it was time for him to go.

Sam Winchester (Jared Padalecki) was determined to let Dean die, if only to bring him back from the other side but his brother told him not to. 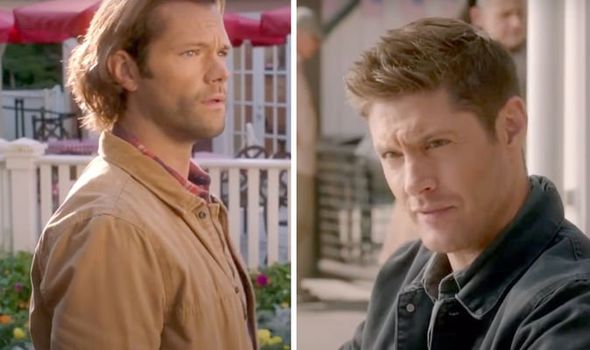 Dean found himself in heaven, where he was greeted by Bobby (Jim Beaver), who has been a paternal figure to him.

He was also informed his parents John (Jeffrey Dean Morgan) and Mary (Samantha Smith) weren’t too far and he’d be reunited with them soon as well.

Sadly, however, there was no reunion with angel Castiel (Misha Collins), who previously died and ended up in The Empty – much to the anger of fans.

Meanwhile, Sam lived out his life happily without his brother before he too died at an old age.

He made it to heaven where he was finally reunited with Dean with the pair meeting once more and enjoy a decidedly peaceful afterlife.

Speaking to Entertainment Weekly about the Supernatural finale, Padalecki said both he and co-star Ackles decided during the filming of season 13 they would end the show with series 15.

Padalecki said he was “on board” with how Supernatural was going to end.

He explained: “Being a fan of storytelling and knowing the tropes and archetypes that have been around for generations and generations, I heard the story and thought, ‘Oh my god, that’s tragic, like wonderfully tragic and wonderfully optimistic in some way, shape or form. But this is the way the story should be.’

“Whatever they said would have been a shot in the gut.”

The star admitted he cried every time he read the script, saying it wasn’t about the characters’ journey but about his own departure from the show.

He said: “I think it was weighing so heavily on me as Jared that I knew it was affecting me and I was like, ‘I don’t want to lose myself in the scenes.'”

Supernatural season 15 is streaming on The CW now

11/20/2020 TV & Movies Comments Off on Supernatural finale: Who dies in Supernatural season 15?
Recent Posts
We and our partners use cookies on this site to improve our service, perform analytics, personalize advertising, measure advertising performance, and remember website preferences.Ok