Is Lindsay Hubbard from Summer House bringing up a serious issue between Hannah Berner and Paige DeSorbo? Or is she just trying to create drama in the house?

A preview clip captures Hubbard telling Berner that DeSorbo was talking about her behind her back. While tensions rise in the house, the anger seems to be directed more at Hubbard for trying to create drama between close friends. 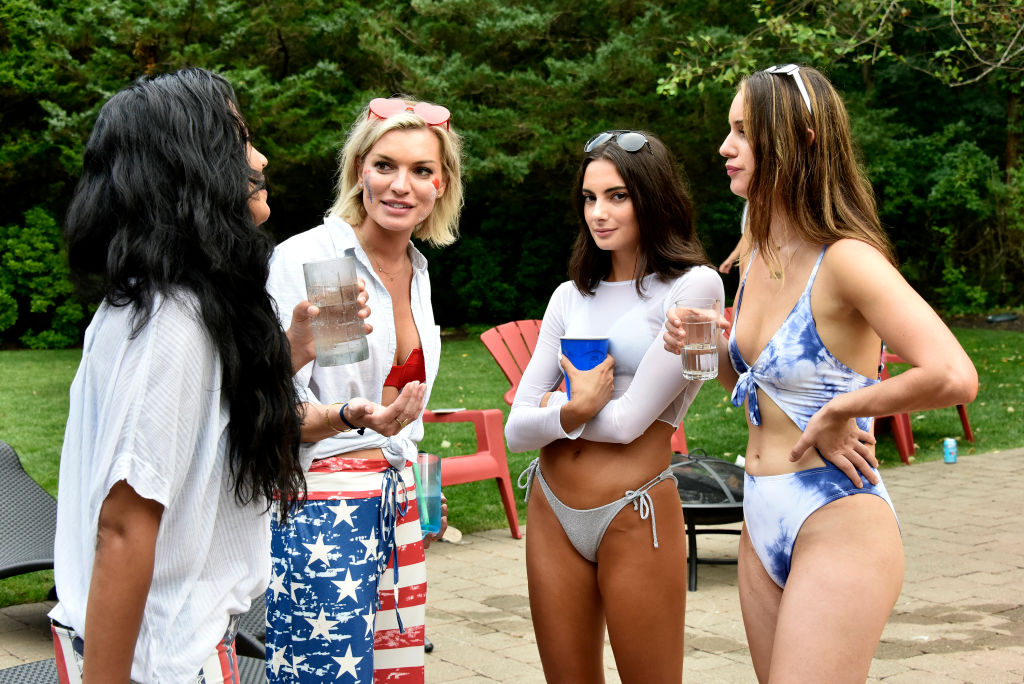 Hubbard approaches Berner as she sits outside one evening with Luke Gulbranson. Everyone seems to be having a pretty relaxing evening until Hubbard confronts Berner. Then their chill night heats up.

Hubbard is seen approaching Berner outside. “Ask her,” Hubbard is heard saying to Berner. Hubbard goes back inside the house. “Let me tell you something Paige,” she says. “She’s not happy with you.” However, Berner decides to remain outside and is now sitting on Gulbranson’s lap.

“You guys are so entitled and like …,” Hubbard starts. But DeSorbo wants to know how she acts entitled. Hubbard says, “I don’t know, ask her [gesturing to the door].” Berner comes back in the house. DeSorbo decides to ask Berner.

“Lindsay said that you feel like I have opinions I shouldn’t have,” DeSorbo says to Berner. Berner says, “She said, yeah, Paige and Amanda [Batula] can be cliquey.” But DeSorbo returns, “That me and Amanda are cliquey toward you?” Meanwhile, Batula is not in the discussion or the room.

Is Hubbard just stirring the pot?

DeSorbo seems stunned, especially when Berner says they are being cliquey toward her. “In what world …,” DeSorbo starts, but Hubbard interrupts. “After you guys talked s**t about her,” Hubbard says. DeSorbo demands to know when she did that.

Jammies meet in the kitchen 💃🏼🤍 #summerhouse Pants are from @ASOS but i got them a couple of years ago so likely not available anymore!

But Hubbard says she isn’t sure when because she was gone. “Yeah, you were gone,” DeSorbo says. “But you always see a way to like … you started this whole fight.” Hubbard insists she didn’t start anything. But DeSorbo says that Hubbard knew exactly what she was doing.

DeSorbo storms out of the room. “F**k this!” she says. “I’m not gonna fight with my best friend because you wanna start some s**t.” As DeSorbo walks away, Hubbard says, “See you!” DeSorbo walks into Jules Daoud’s room while Hubbard tries to explain to Berner she didn’t start a fight.

Berner and DeSorbo dished about their “insane” summer fight with Hollywood Life. “We always joked if we ever got into a fight, it would be insane but I can’t even imagine us getting into a fight, and we got into one of the most insane fights I’ve ever gotten into with a friend,” Berner said.

All new Summer House tonight at 9:00

DeSorbo added, “My veins were popping out of my neck! Hannah and I are very much like sisters. So we love each other like sisters and we also fight like sisters. So there’s no boundaries when we want to speak how we feel to each other, but it’s very quick to get resolved.”

Berner shared that DeSorbo’s relationship slightly changed the friendship dynamic this summer. But, “Our friendship is still pure and genuine, so you definitely see that side. So when we fight, it’s also very pure and genuinely, and we want to tell each other how we’re feeling so that we can resolve it, move past it and then get back to loving,” DeSorbo says.

Summer House airs on Wednesday night at 9/8c on Bravo.

04/08/2020 TV & Movies Comments Off on 'Summer House': Is Lindsay Hubbard Trying to Start a Fight Between Paige DeSorbo and Hannah Berner?
Recent Posts
We and our partners use cookies on this site to improve our service, perform analytics, personalize advertising, measure advertising performance, and remember website preferences.Ok