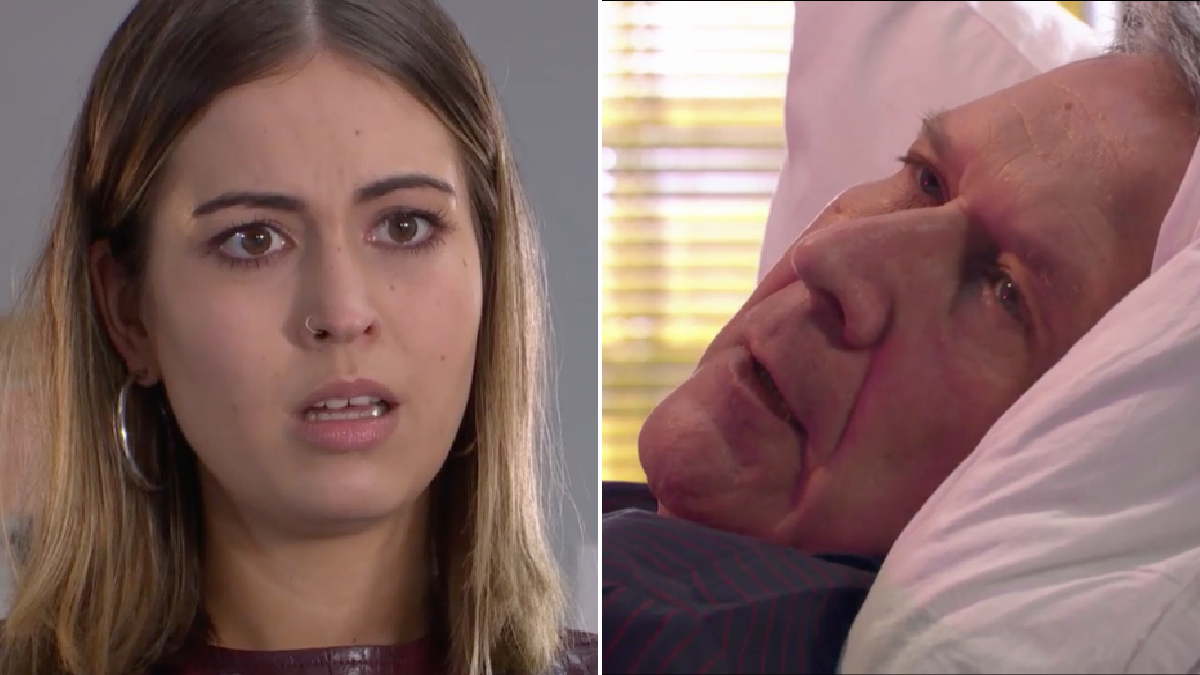 Summer was over the moon in Thursday’s edition of the Channel 4 soap, when she discovered that Cormac had woken up after being in a coma for several months.

Brody Hudson (Adam Woodward), however, was left in fear that the truth about the patient’s attack would ultimately out.

Therefore, he met with Warren and Felix Westwood (Richard Blackwood) in tonight’s offering, and the three men put their heads together in an effort to work out their next move.

Warren paid a visit to the hospital with Sienna Blake (Anna Passey), claiming that he was simply making an appointment for Sebastian following his bone marrow transplant.

In reality, he was trying to get information on Cormac’s condition, particularly on the likelihood of whether or not he’ll be able to remember the attack.

Sumer overheard his questions, and thus came to believe Warren was the mystery culprit who left her dad for dead.

With help from Sienna and Brody, Warren managed to convince Summer of his ‘innocence’, and went the extra mile to ensure she believed him, by inviting her to the garage to show her old photos of he and Cormac together.

However, when Summer arrived at the hospital to speak to Cormac, she realised Warren had fed her a pack of lies, as her dad’s reaction to one of the aforementioned photographs was all the proof she needed.