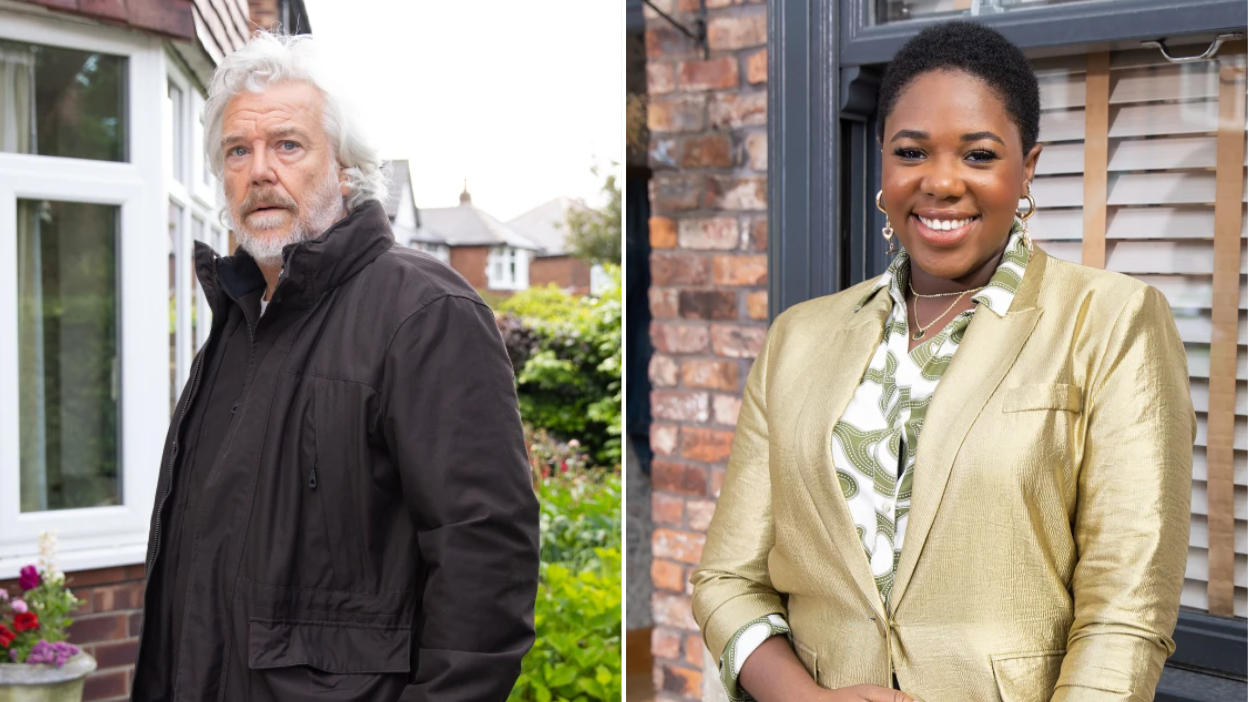 The Nazir family’s support of Stu has led to their business being targeted by people who were friends of the girl he was accused of killing, and Yasmeen (Shelley King) returns to find the restaurant closed and on its knees.

She declares that they’ll find a way to clear Stu’s name, but things aren’t looking promising – until a new arrival in the Street offers a glimmer of hope.

Dee-Dee Bailey (Channique Sterling-Brown), the much talked about daughter of Ed (Trevor Michael Georges) and Aggie (Lorna Laidlaw), is a brilliant solicitor. In the words of Corrie boss Iain MacLeod, ‘She’s got this incredibly sharp mind. She’s incredibly competent at her job.’

Yasmeen is hugely relieved when Dee-Dee says she’ll take a look at Stu’s case. Very quickly she discovers some new angles, pointing out where the original police investigation was flawed.

She suggests that they should speak to Stu’s daughter Bridget (Beth Vyse) and go over the statement that her mum made to the police. Alya (Sair Khan) goes to talk to Bridget but doesn’t get very far and it seems they’ve hit another dead end.

But then Dee-Dee reveals she’s made a discovery that could change everything as she uncovers an address for Lennox, the officer who was originally in charge of Stu’s case.

Is this the breakthrough Stu has been hoping for?