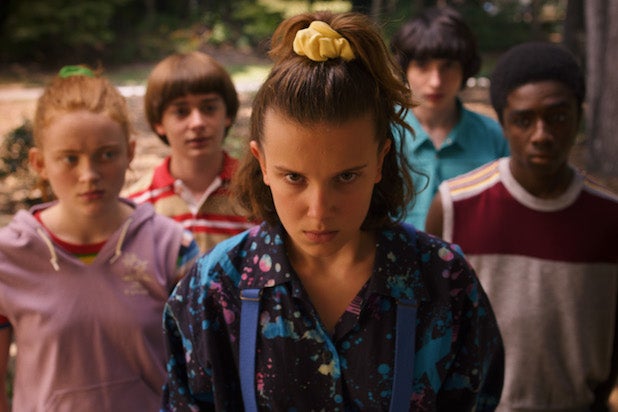 For all the nostalgia of “Stranger Things” — the New Coke, the mall, the music — the most uncanny memory it conjures is the feeling of first seeing a scary movie you were too young to see. We talk about it in the latest “Low Key” podcast, which you can check out below or listen to right here:

With the very good Season 3 behind us, we still don’t have resolution to some of the key mysteries unveiled in Season 1 and Season 2. And we’re kind of okay with that.

Every week on the “Low Key” podcast, Aaron Lanton, Keith Dennie and I try to make sense of the low-key elements of pop culture we might not think about on first watch.

This week, Aaron wonders if “Stranger Things” is doing too much by introducing so many new characters without resolving past storylines.

But we also consider whether the show’s mysteries add to the feeling of being 10 years old, sitting in a cold theater or watching a worn VHS tape, trying to understand the mysteries of “Gremlins” or “Indiana Jones and the Temple of Doom” or countless other mid-80s movies that drew millions of young fans, but also flirted with very confusing horror.

We’ve never seen another show that reminds us of that childhood sense that we were learning about strange new things that frightened us, and that we might never understand. (And that maybe adults didn’t understand, either. That was the most frightening part.)

The Duffer Brothers do a very good job of capturing that uniquely unsettling feeling, and how it pierces our uncomplicated nostalgia for Slurpees, video games, and the other fun parts of being a kid.

Here are some of our other discussion points, along with time stamps of when they appear in the episode:

9:02: What do the antagonists actually… want?

11: 30: “This is the only show where I think not understanding it actually helps it.”

15:01: Is the show introducing too many characters without fully exploring the existing ones?

20:10: Does “Stranger Things” actually care about the death of America’s small towns?

38:30: Does it seem like people are more angry at Hopper than Billy?

Listen on your favorite podcast app: