Stacey Dooley Sleeps Over season two starts tonight (Monday, May 3) at 101pm and will air for the next six weeks on W. Stacey Dooley and executive producer Alice Bowden spoke to Express.co.uk and other press ahead of the show’s release about the new series and the families taking part.

Meet the families in Stacey Dooley Sleeps Over

Stacey Dooley Sleeps Over follows award-winning documentarian, Stacey Dooley who stays over for the entire weekend in the home of unique families across the UK.

Season one saw Stacey spend the weekend with a thruple, a social media famous family and Mormons.

The new series will see Stacey Dooley take a look at modern life in some of Britain’s more unconventional households.

Stacey will ask the questions everybody wants to know and the answer to and learn a lot about their lifestyles along the way. 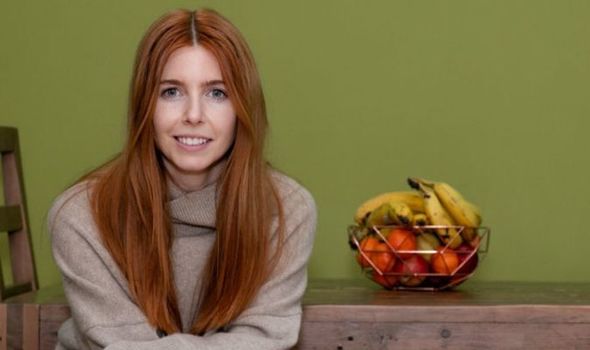 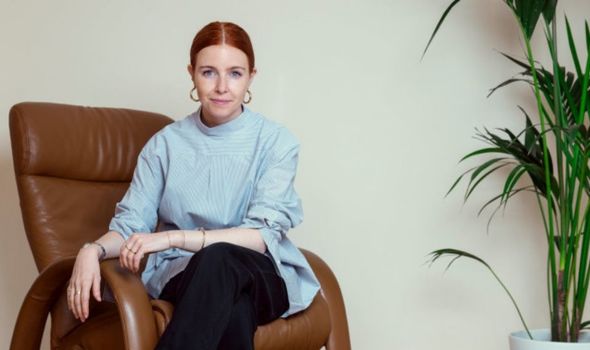 The first episode is titled Trad Wife and will see Stacey investigate the growing community of ‘tradwives’.

She stays with Lillian and Felipe who live an unconventional way of life in the modern-day.

A Tradwife is someone who rejects their career in favour of taking on the role of a traditional housewife.

Speaking to Express.co.uk and other press about staying with the Trad Wife family, Stacey said: “Filipe, he believes that his wife should obey him and there is a real desire from her as well to serve him.

“I mean, we fundamentally disagree on most things but he is not a bad man and I think it is really healthy, and that is why I am so proud of this series particularly now arguably we are so polarized and we are so tribal and we only go about with people who vote the same as us, think the same as us.

“‘Are you left or are you right? Are you Brexiteer or remainder?’ And I think it’s really important to listen to opposing views because actually, it makes you think ‘Wait do I think this? or do I think differently?’ in this instance, I didn’t but it’s good to do that.” 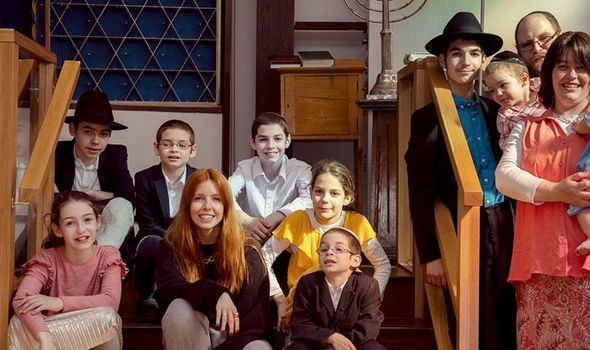 Stacey’s visit makes for an interesting experience not only on the aspect of Child Modelling, but she staying with Dior’s husband, who is a Nigerian Prince.

In episode three, Stacey travels to Scotland to stay with a family of eco-warriors.

She visits the Hebridean island of Gometra to stay with aristocrat Roc Sandford and his family, who are involved in the Extinction Rebellion and HS2 Campaigns.

Roc purchased the island of Gometra 25 years ago and has lived there ever since.

The family often make a 17-hour journey to London, including an eight-mile walk, two ferries, two buses and three trains to stay involved in the Extinction Rebellion and HS2 campaigns.

Stacey reflected: “They had a real working relationship with Extinction Rebellion and ultimately they are trying to save the planet. A very privileged family, they own a Scottish island so we had the whole island.” 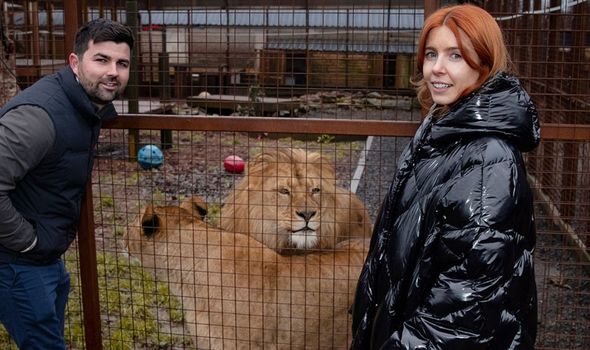 The British Lion King – Monday, May 24

In episode four, Stacey stays with Reece Olivier and his family in Nottinghamshire.

Oliver is the owner of two lions, Rock and Rora and a puma named Rogue who live in his back garden.

He also lives with 26 squirrel monkeys, two wallabies and a capybara.

In episode five, Stacey stays over with Rabbi Wollenberg, his American-born wife Blima and their nine children who are aged between one and 16.

During her visit, Stacey learns about ultra-orthodox Hasidic Jews and their way of life.

Speaking to Express.co.uk and other press, Dooley said she felt “really lucky” to meet the Wollenberg family.

She said: “That access felt so privileged because we know antisemitism has been a huge consistent problem and I don’t think we get to hear from Rabbi’s.”

Living with Down Syndrome – Monday, June 7

In the final episode, Stacey stays at the home of Dom and Kelly whose son Lucas is living with Down Syndrome.

Their son Alexander was diagnosed with cerebral palsy.

Their eldest daughter, Isabella, 13, learned Makaton sign language to communicate better with her brother and now it is part of the family’s everyday life.

Stacey Dooley Sleeps Over starts tonight at 10pm on W