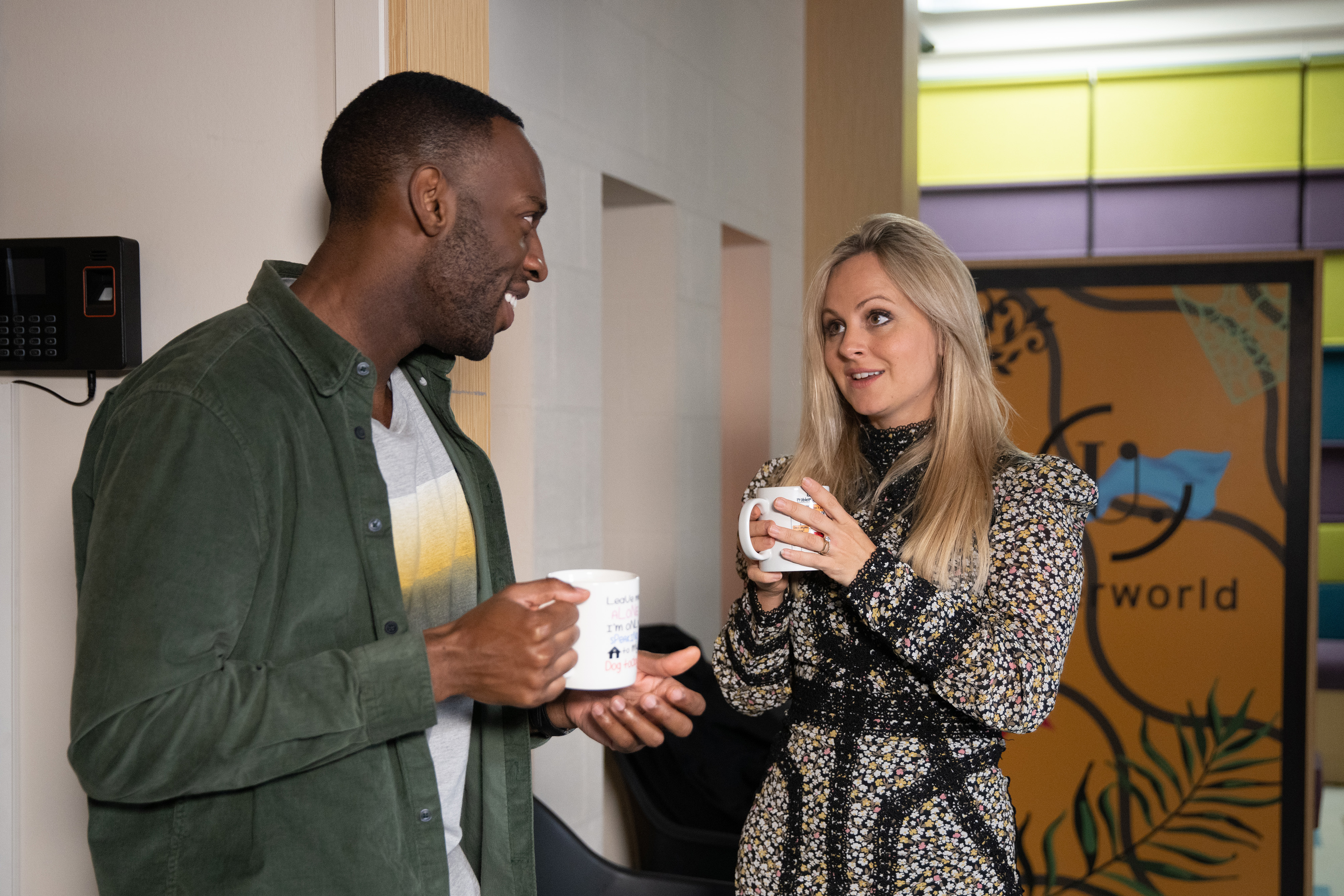 Sarah (Tina O’Brien) and Adam (Sam Robertson)’s relationship has been on a fairly even keel since they saw off the threat of his evil ex, Lydia (Rebecca Ryan).

She schemed to prise the couple apart, but eventually she left the show after the true extent of her manipulation was revealed.

So it’s happy ever after for Adam and Sarah, then? Well, maybe not, as she could well have her eyes on another man.

Michael Bailey (Ryan Russell) has worked at Underworld for a while now, but recently he’s shown ambitions to get more involved in the design side of things. When he showed Sarah some designs he’d been working on for a loungewear range, she suggested that they could go into business together.

With his design flair and her marketing experience, she was sure they could make a success of things.

In upcoming episodes Sarah pushes ahead with these plans, setting up a meeting with a graphic designer who can come up with a portfolio to show would-be investors.

Michael is excited to think that his dreams are about to become reality. And, working closely together on the project, could he and Sarah start to form more of a bond in their personal lives too?