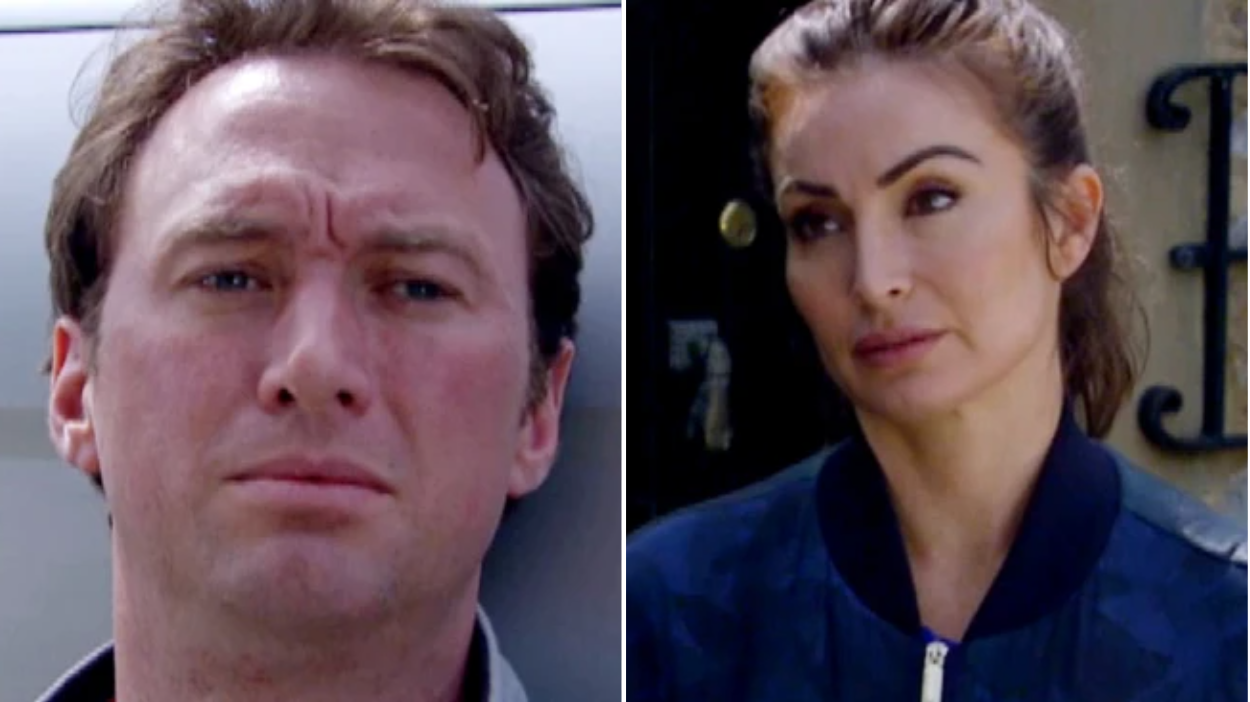 Poor Liam Cavanagh (Jonny McPherson) didn’t quite know what to do with himself in tonight’s Emmerdale.

He was struggling following scenes that aired in yesterday’s edition of the ITV soap, when he told Leyla (Roxy Shahidi) that he kissed Bernice (Samantha Giles).

Leyla had returned from her stint in rehab but knew she had come back too early when she failed to react to Liam’s betrayal.

Leyla wasn’t angry, she was just tired, and told her husband she needed space to breathe and properly recover.

Tonight, we discovered Leyla had spent the night at Jacob’s (Joe-Warren Plant) again but couldn’t quite handle approaching Liam and talking things through.

This left Liam all out of sorts.

A day off from work, Liam occupied his mind by cleaning his car, but accidentally hoovered up one of Leyla’s earrings.

It caused the dust to spill all over him, but he didn’t really care, as he found the piece of jewellery.

While Liam wasn’t fussed about how he looked, Priya (Fiona Wade) grew concerned as she observed him, recognising similar behaviours to how he was in the aftermath of Leanna’s murder.

Priya was kind to Liam and listened as he told her about the kiss and how much he regretted it.

Taking on Priya’s words of advice, Liam was positive and hopeful for all of five minutes as he approached the shop with a bunch of flowers, only to see Leyla in a taxi leaving the village.

David (Matthew Wolfenden) confirmed Leyla had gone to stay with a mentor from rehab, but Liam was incredibly hurt that his wife just left and didn’t even tell him.

While Priya can tell Liam not to give up, it’s certainly not looking good for the couple, but is this really the end?