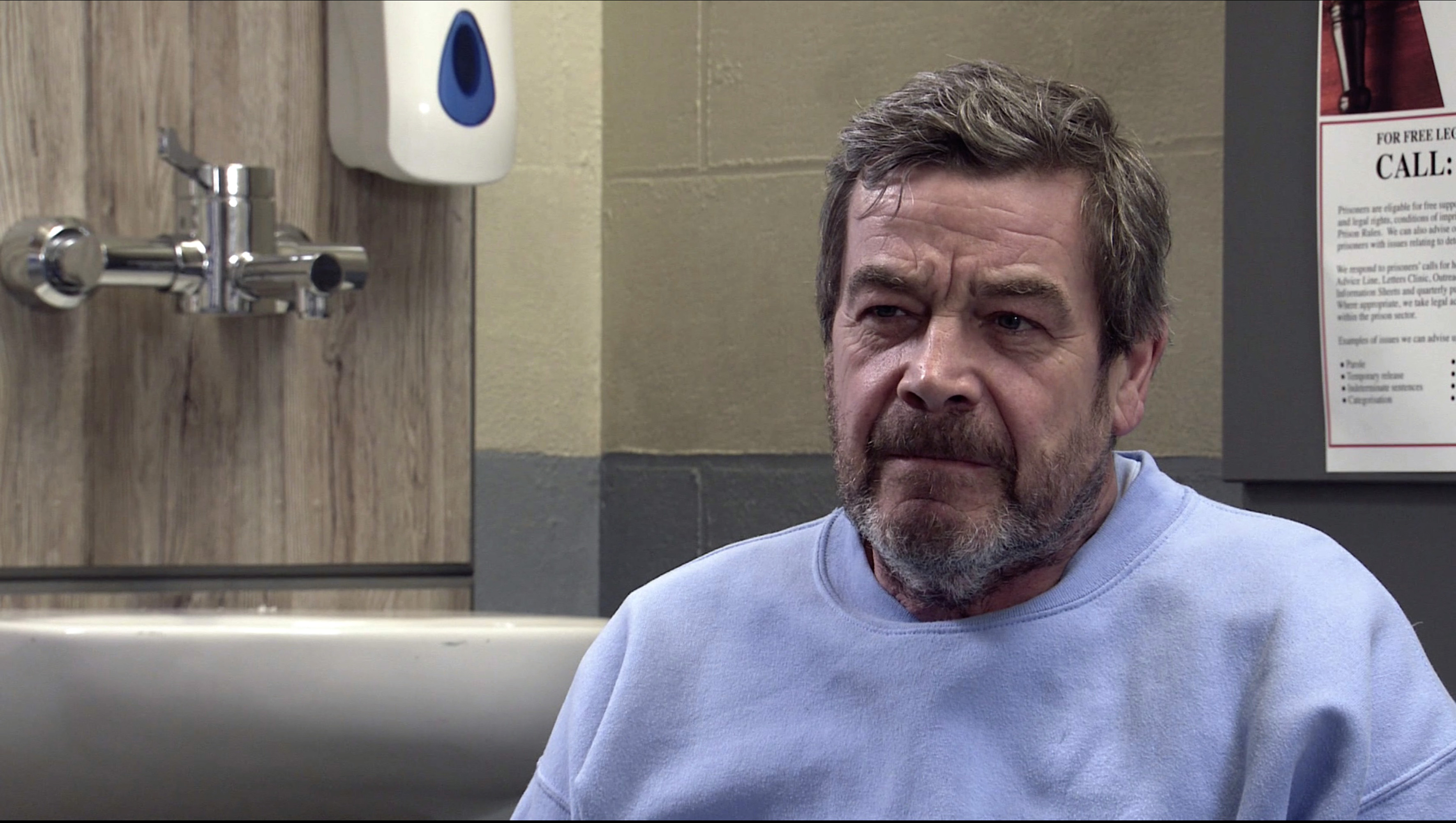 Johnny Connor (Richard Hawley) in Coronation Street is in an extremely dark place following his sentencing. As his MS begins to get worse, Johnny’s mental health has started to spiral as he has begun seeing visions of what he thinks is his late son Aidan (Shayne Ward).

Coming up, after telling Carla (Alison King) his eyesight has deteriorated to the point he’s hallucinating, Johnny finally decides to tell Jenny (Sally Ann Matthews) about what’s been going on.

Soon, he gets a diagnosis, but will this mean an end to seeing Aidan?

Johnny imagines he can see the ginger cat again. Gary’s (Mikey North) concerned for him but Johnny assures him he’s seeing the psychiatrist later.

The psychiatrist diagnoses Johnny with Charles Bonnet syndrome and assures him his condition is physical, not mental and if his medication works, the hallucinations will stop.

If Johnny isn’t ready to lose sight of Aidan, what will happen to him if he doesn’t take the medication?

02/09/2021 TV & Movies Comments Off on Spoilers: Johnny in Corrie gets a diagnosis as he sees more ghosts
Recent Posts