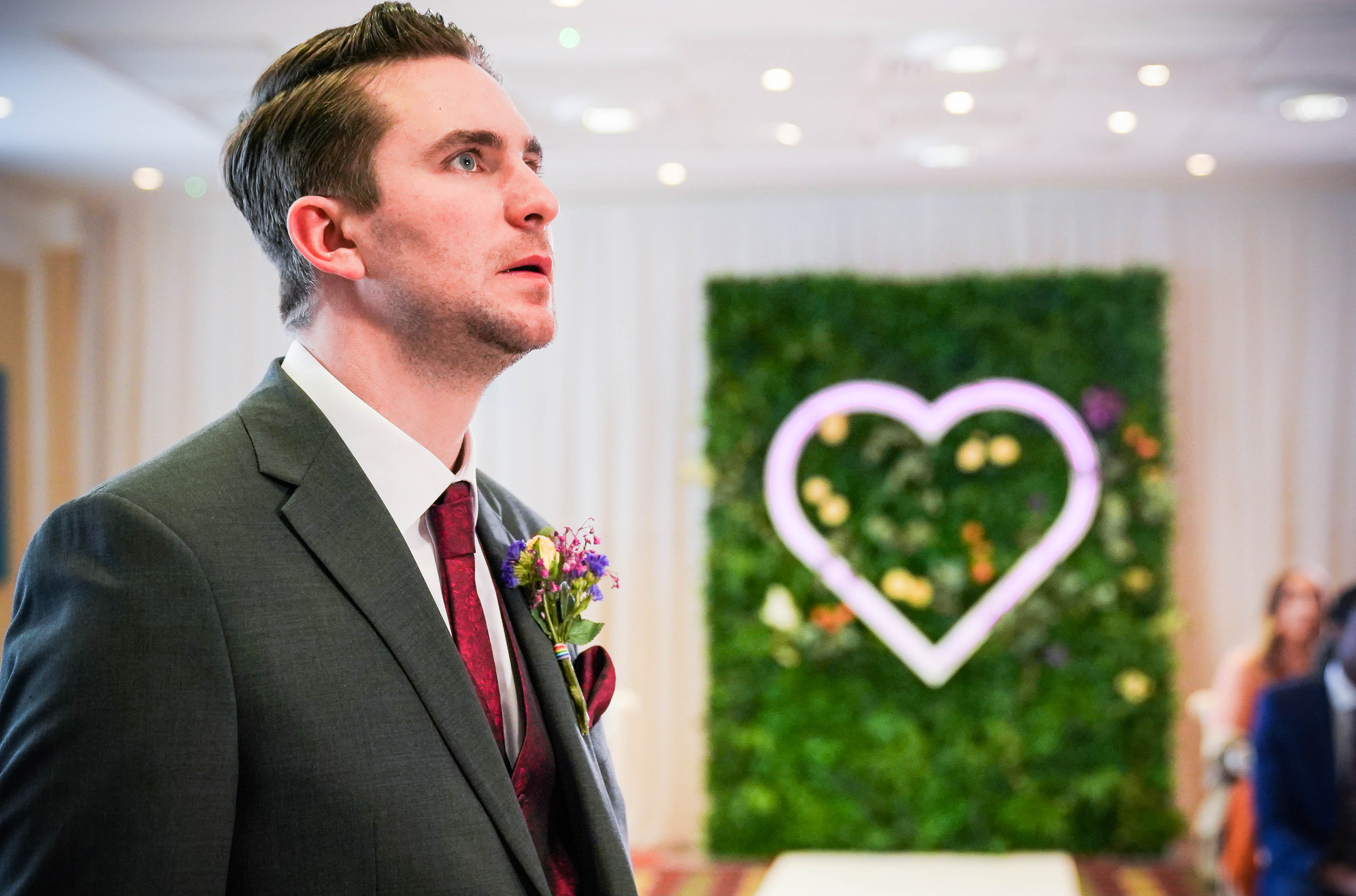 It’s make or break for Callum Highway (Tony Clay) and his husband-to-be Ben Mitchell (Max Bowden) in EastEnders as their wedding day arrives – but with so much going on, including Callum’s recent admission that he worked with the police against Phil (Steve McFadden), there’s a lot at stake.

Max smiled: ‘Everything is not as it seems, it’s not straight forward, there is a lot of twists and turns and massive decisions to be made not only on the wedding front, but personally the people that they are.

‘This is tackling something that is unforeseen so for both of them there are huge stakes and a lot of overriding emotions that takes the forefront of the week.’

Tony agreed, teasing: ‘It is a bit of a rollercoaster week, there is a lot that happens, a lot of emotion for the characters and other characters in that story. I feel like it is a very gripping well thought out week and I think the viewers will be excited to see it, I’m excited to see it. It will be a joy.’

Ben has a big decision to make, either forgive Callum and turn up to the wedding or walk out on the relationship for good – so what will Ben do?

Max mused: ‘I think fundamentally it comes down to Ben’s biggest dichotomy of all time which is between his father and Callum.

‘Going forward he sees his life with Callum and stepping out of his fathers shadow, but at this point it’s almost unforgiveable in terms of their code of being in the gangland underworld, its an unwritten truth that you don’t grass so the stakes are massive.

‘He has to make a decision, whether or not he goes against what he knows and what his whole world revolves around – to create a world that he wants with Callum.’

Whether or not the wedding goes ahead remains to be filmed but Tony is cautiously optimistic that one day Callum and Phil can sort through their tensions.

Tony revealed: ‘This is the build up to the wedding, ironing out the creases. There has to be a confrontation with Callum and Phil, what that may be we don’t know. When he finds out that Stuart has told him, he is thinking – oh no what have you done!

‘Stuart trying to help the situation has just made it ten times worse however now it’s out there. Once that is cleared up hopefully they can move forward, but I always think that there will be an element of something, it’s Phil Mitchell we are talking about!’