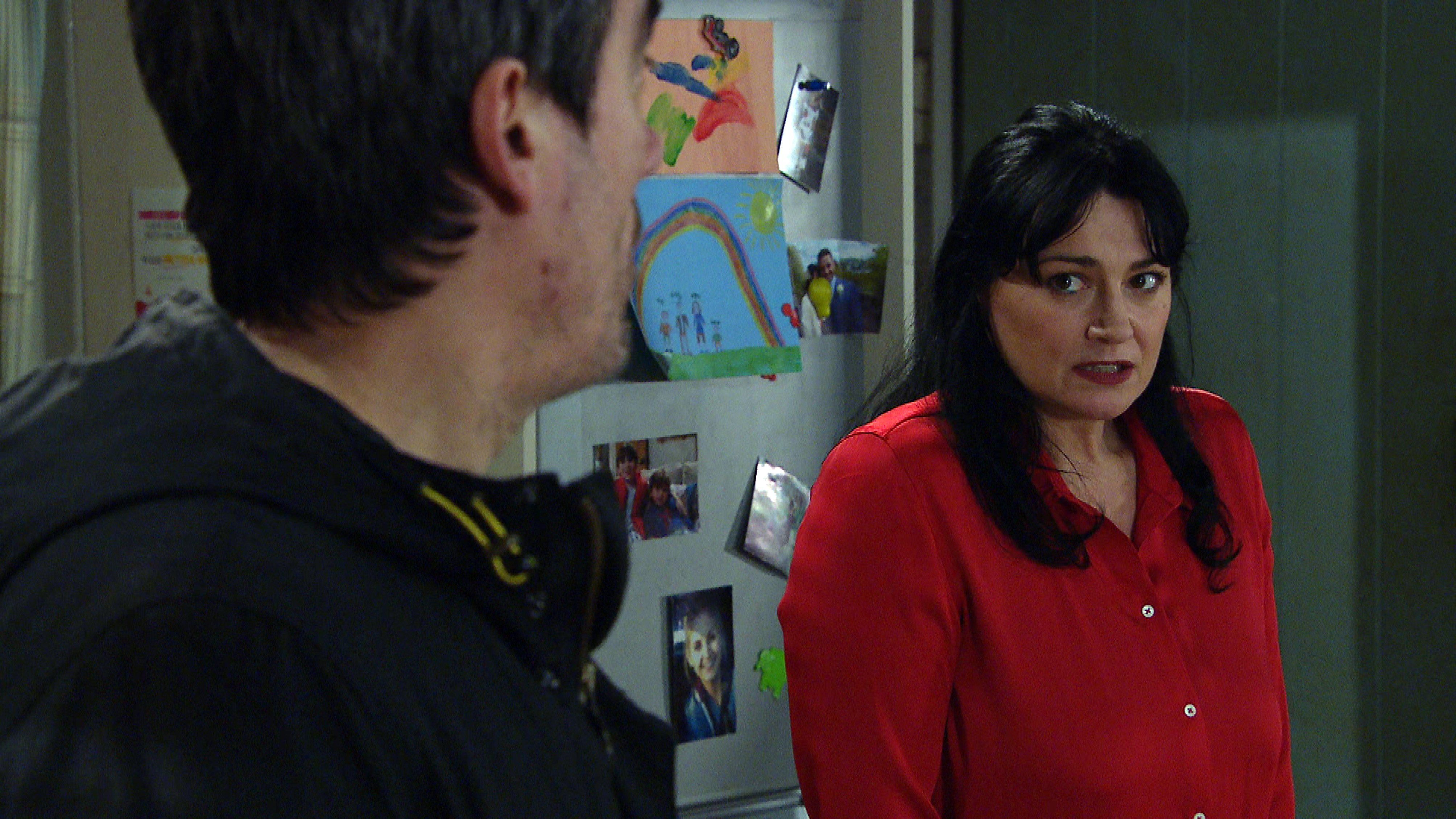 Faith Dingle (Sally Dexter) caused quite the stir when she returned to Emmerdale. Not everyone in the Dingle family are pleased to see her and when Chas (Lucy Pargeter) and Cain (Jeff Hordley) became undecided on whether Faith should stay or leave the village, they decided it was time for a Dingle court.

Coming up, the aftermath of the vote begins, and Cain isn’t happy with Moira’s (Natalie J Robb) voting choice, but will it lead to them splitting up?

Moira defends her vote for Faith to a simmering Cain, pointing out that she was trying to help him.

Anguished, she begs him not to let his anger keep him from baby Frankie, but Cain is not budging, telling her she must pick a side.

Moira’s worried by Cain’s ultimatum, and tells Paddy (Dominic Brunt) and Chas that she’s beginning to regret her vote.

Zak (Steve Halliwell) calls Cain round to the Dingles and points out that Cain’s belief that Faith doesn’t love him has blighted his life, and if perhaps they can resolve things, Cain can leave that torment behind.

Knowing how angry he is towards Moira’s vote; will Cain listen to Zak?

Or will the hurt Cain feels towards Faith cause him to split with Moira?

02/28/2021 TV & Movies Comments Off on Spoilers: Break-up for Moira and Cain as Faith splits them in Emmerdale?
Recent Posts