SOUTHERN Charm's Kathryn Dennis has gone makeup-free in her spandex shorts and a crop top for an unedited bathroom selfie.

Kathryn, 30, ditched her glam routine before getting onto her airplane ride. 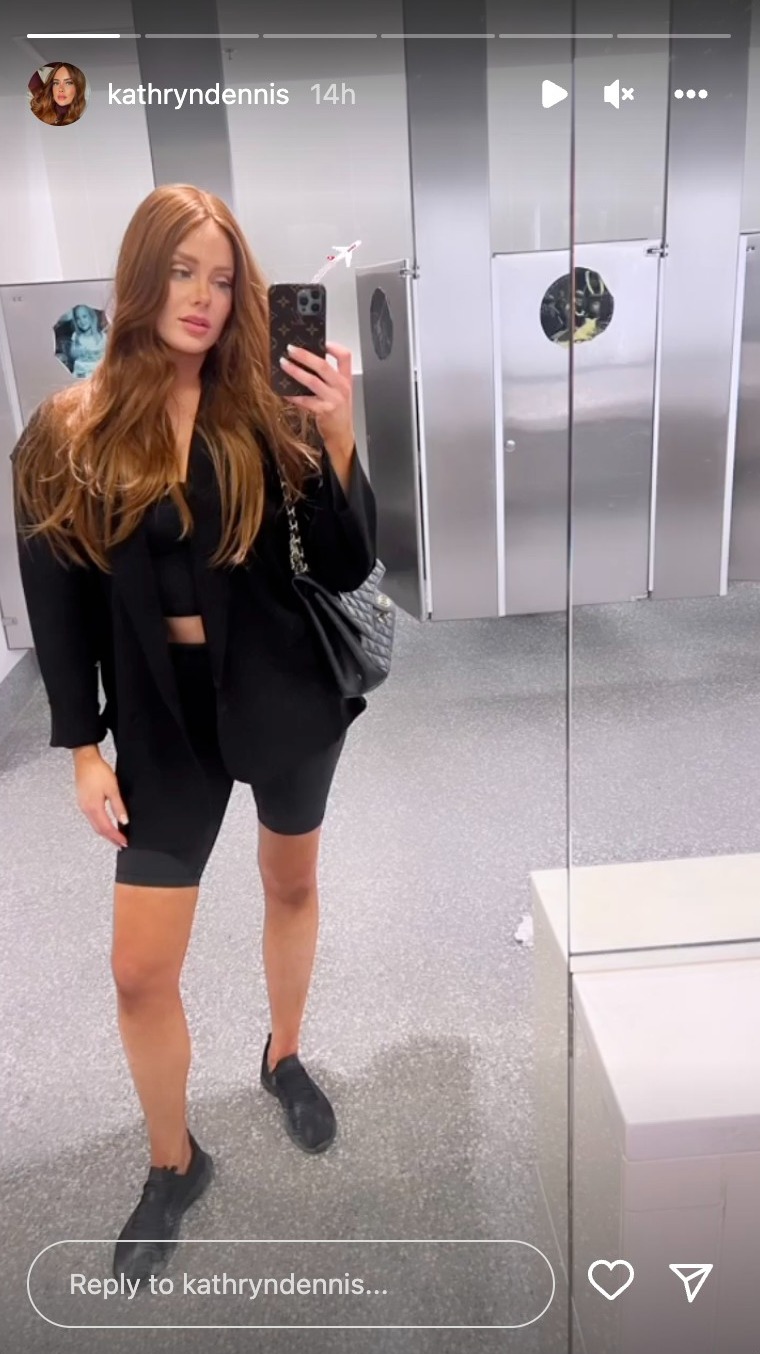 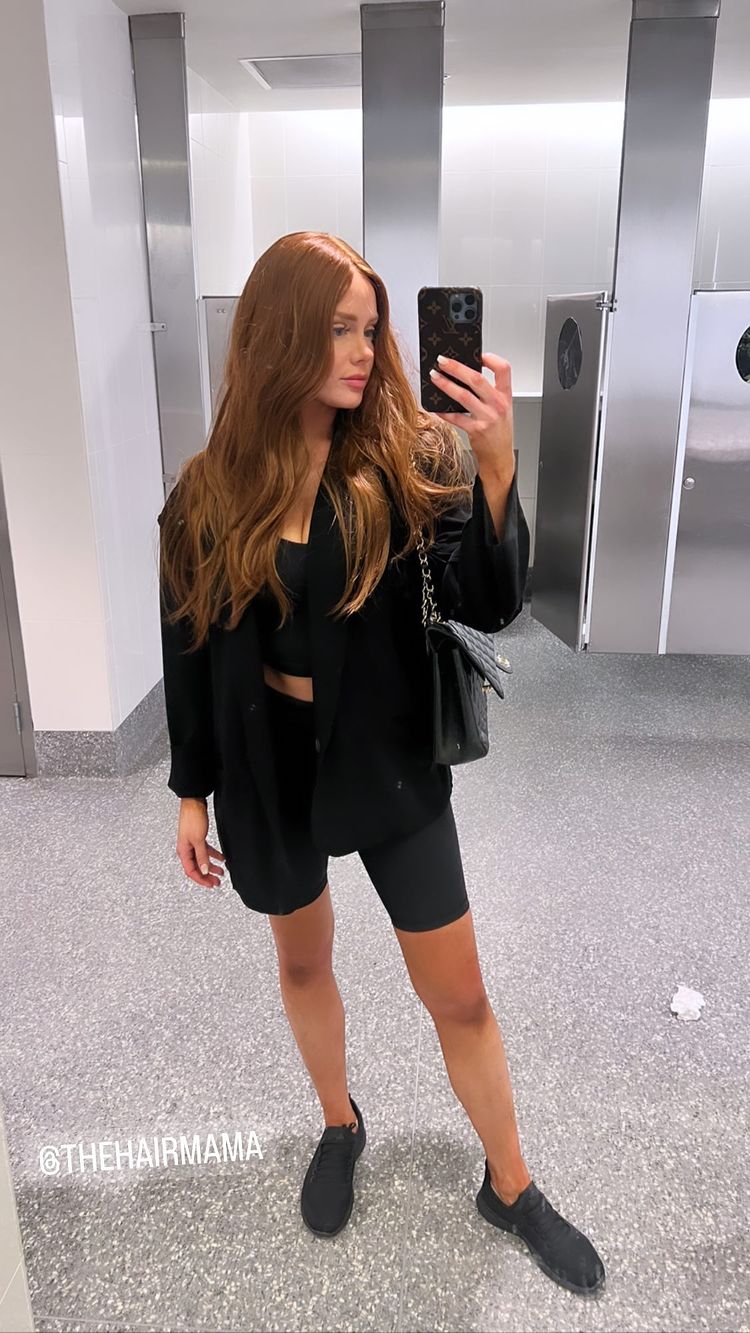 In an Instagram Story, the Southern Charm star wore an all-black ensemble and completed the dark look with a pair of matching sneakers.

Though she ditched the makeup, the Bravo star stunned with her flowing red hair and bared her long legs.

The reality star also added a GIF of an airplane flying in the sky, hinting at her supposed flight.

In the following Story, Kathryn took another selfie in front of the bathroom stalls. 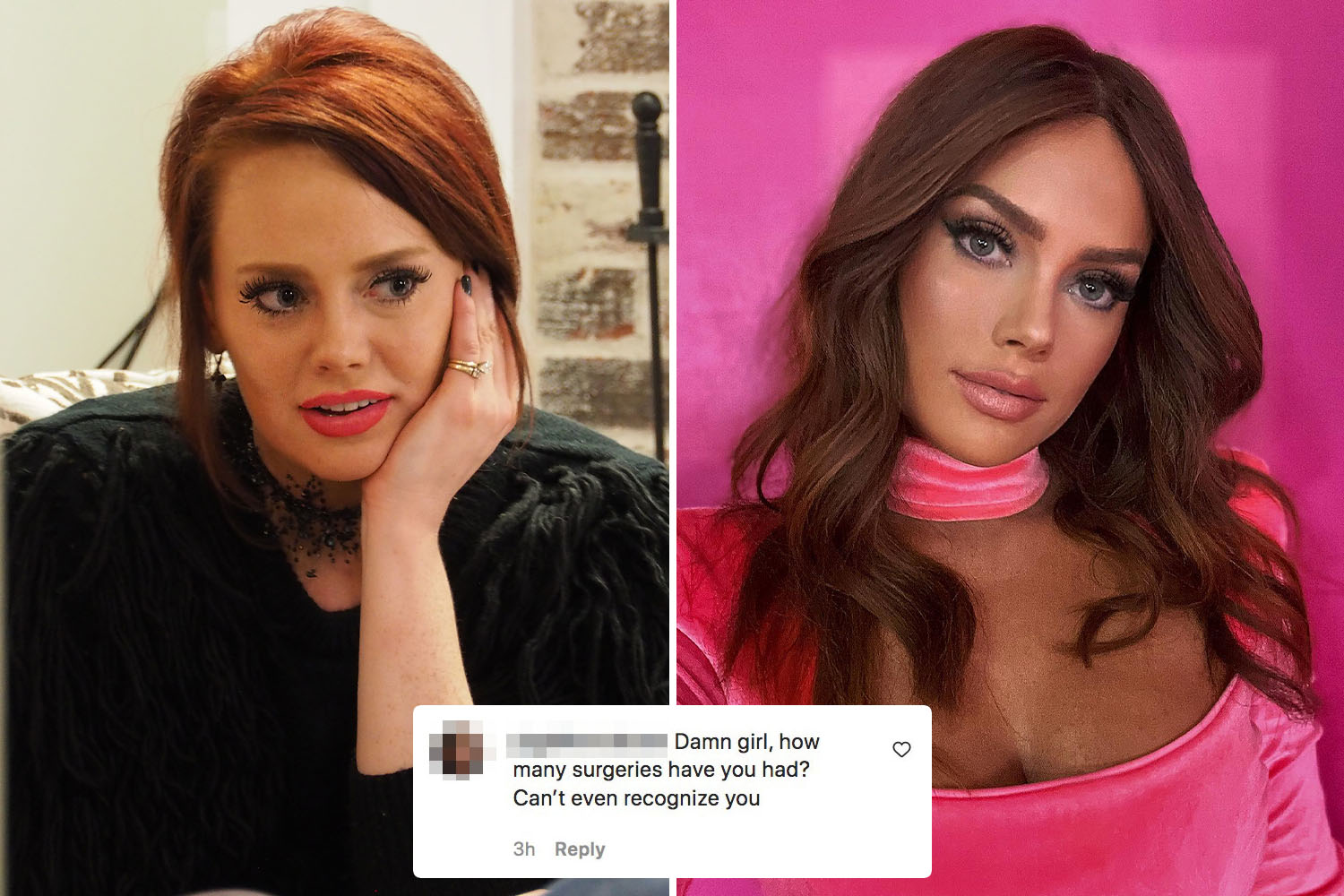 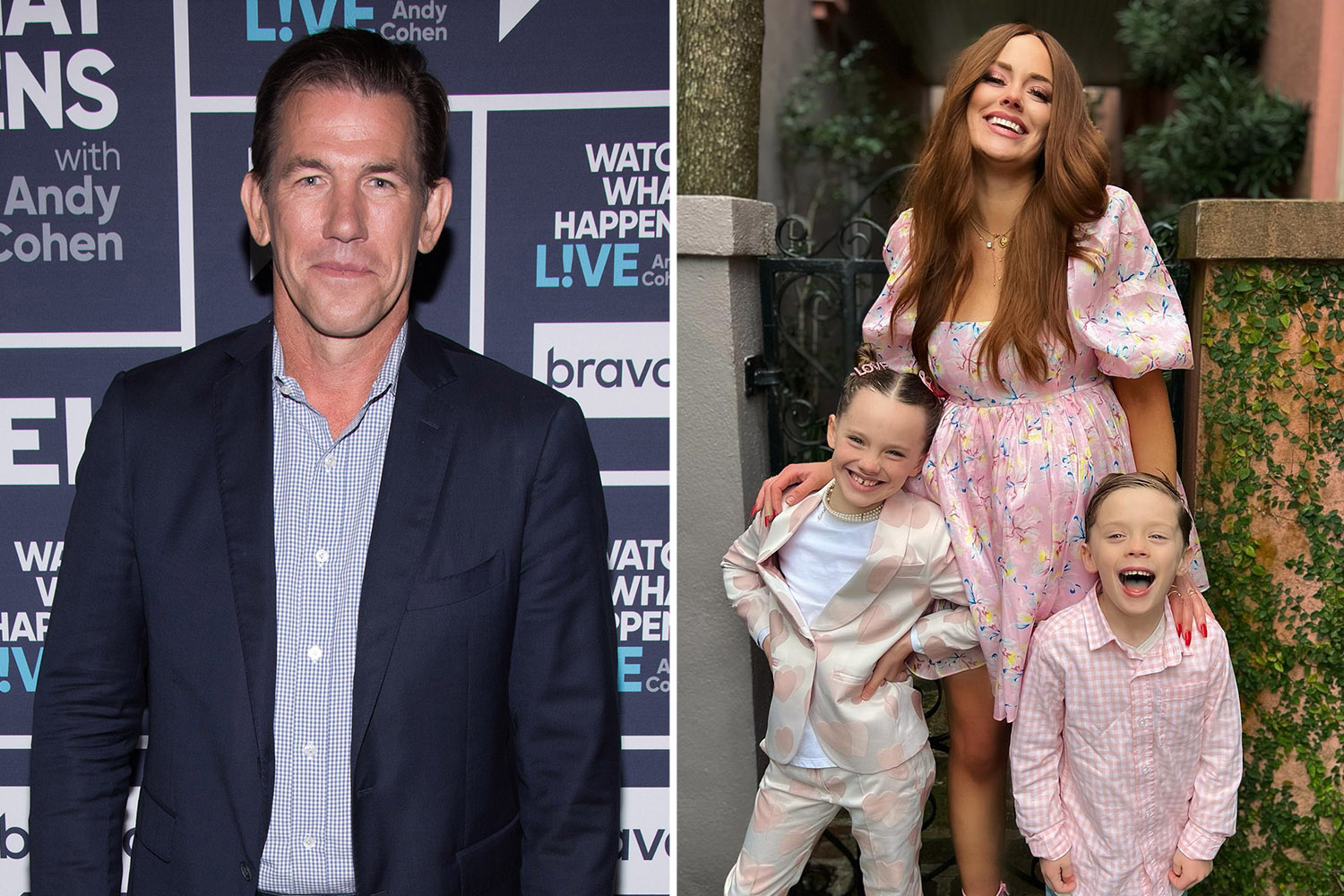 She turned her head and showed off the wavy strands of her stylish red hair.

Kathryn also carried with her a black handbag – which appeared to be open – over her shoulder.

The mother-of-two has been locked in a legal battle with her ex since he filed for sole custody of the toddlers in October 2020.

She was recently dropped by her legal team and has been scrambling to find new legal representation in order to get her kids back.

The troubled star lost full custody of her two children back in March 2021.

Recently, The Sun exclusively revealed that the Southern Cham star has been living in a high-rise apartment block in Charleston.

This came after her home in Mount Pleasant was sold for $342,500 in December 2021, according to the realtor's details.

Kathryn relocated to 10 WestEdge in 2021 with ex-boyfriend Chleb Ravenell.

The court documents show that she was hit with 'Rule to Vacate' notices sometime this year.

A clerk for Charleston County told The Sun she missed her February and March payments this year of $4,626 each, which totaled about $9,252.

A Rule to Vacate notice was filed on March 16th by Mt Pleasant Investments LLC, which owns the complex.

A Rule to Vacate notice is one of the initial steps before sending out an eviction notice.

The clerk told The Sun that the order to evict was later sent to her.

Though it was later settled, a second notice was filed on May 17th, in which the clerk explained that it was listed with "terms of occupancy have ended."

This meant that the TV personality star had most likely vacated the property.

It is unclear if Kathryn paid rent for April and May. 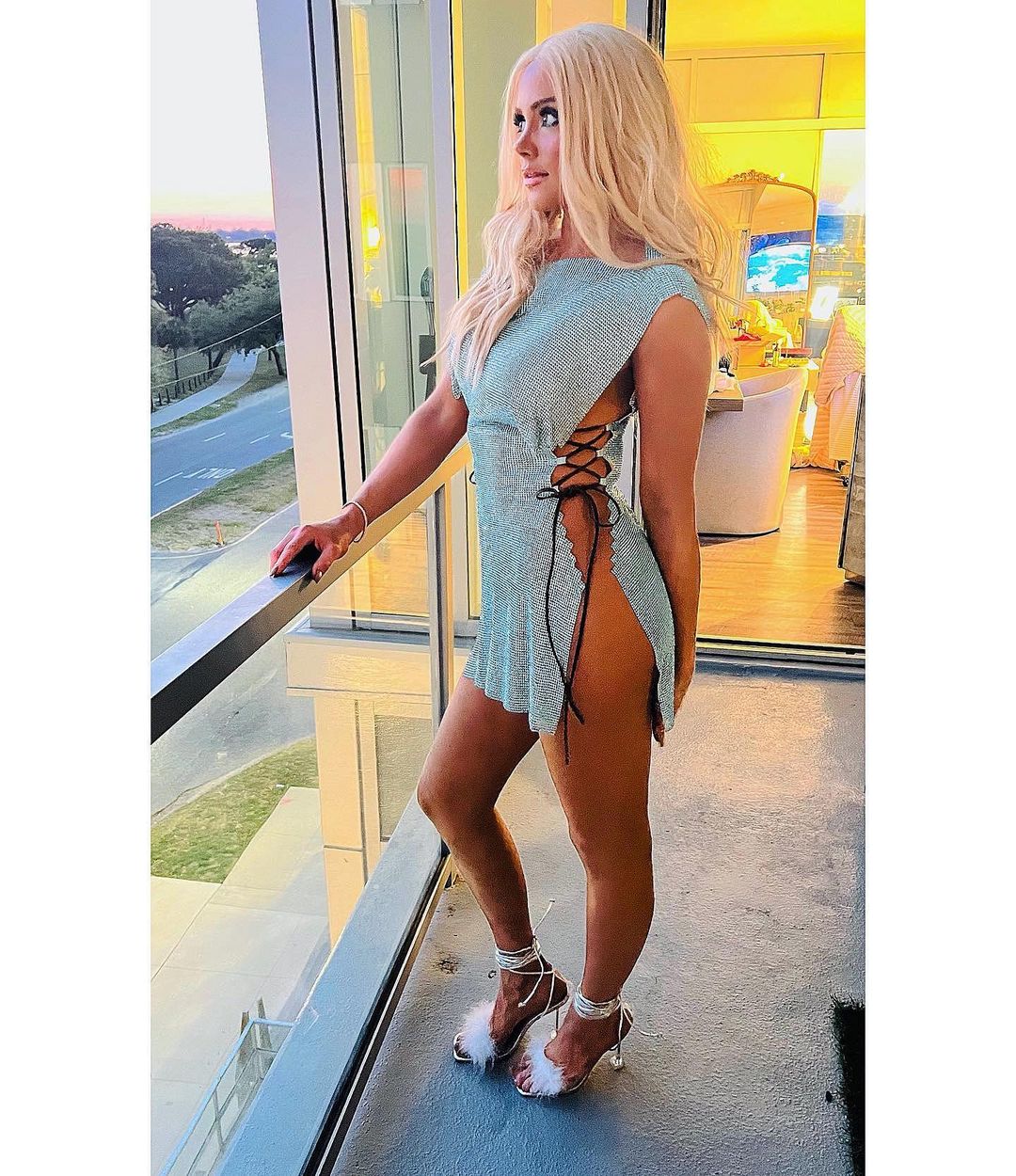 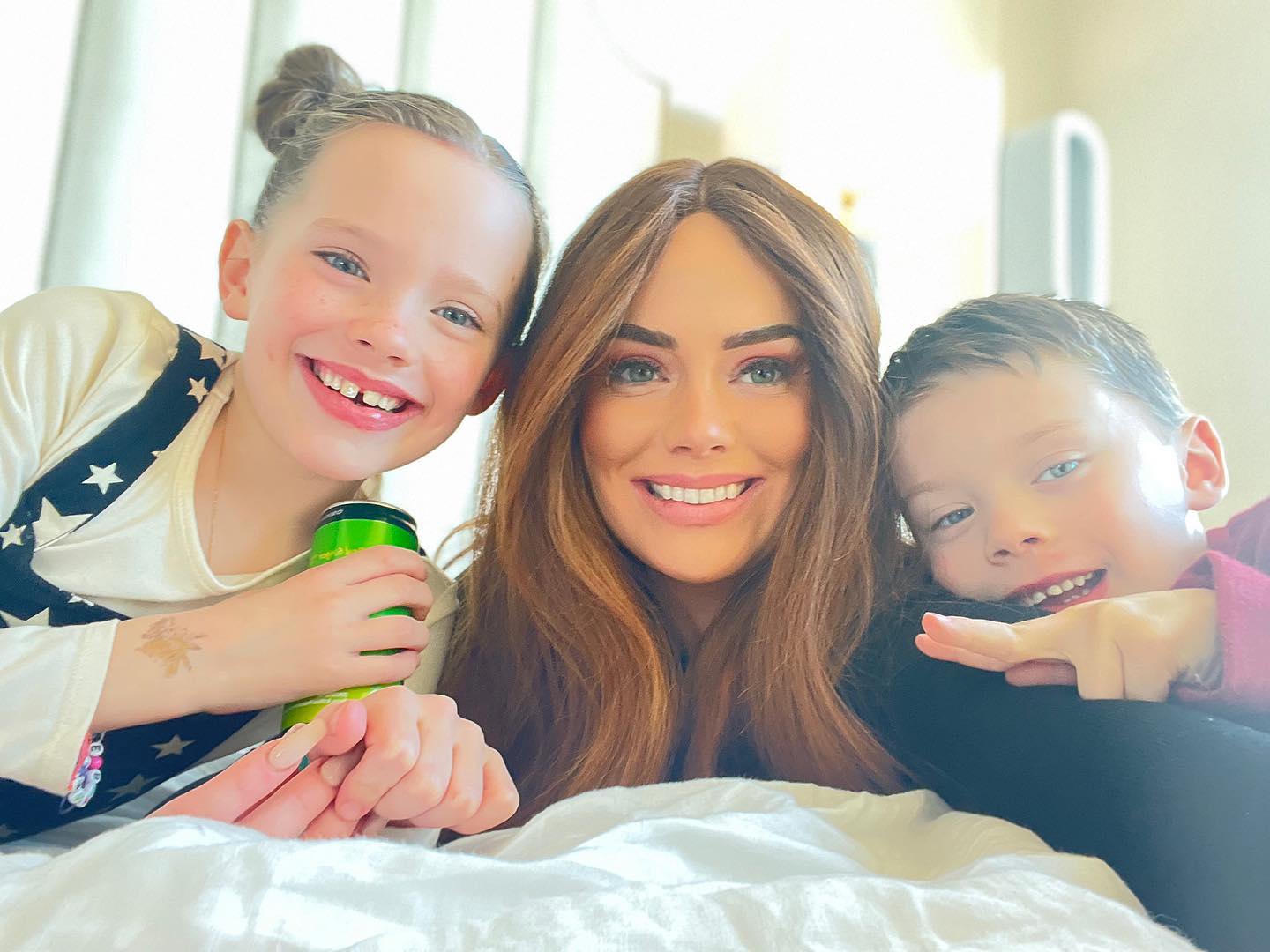 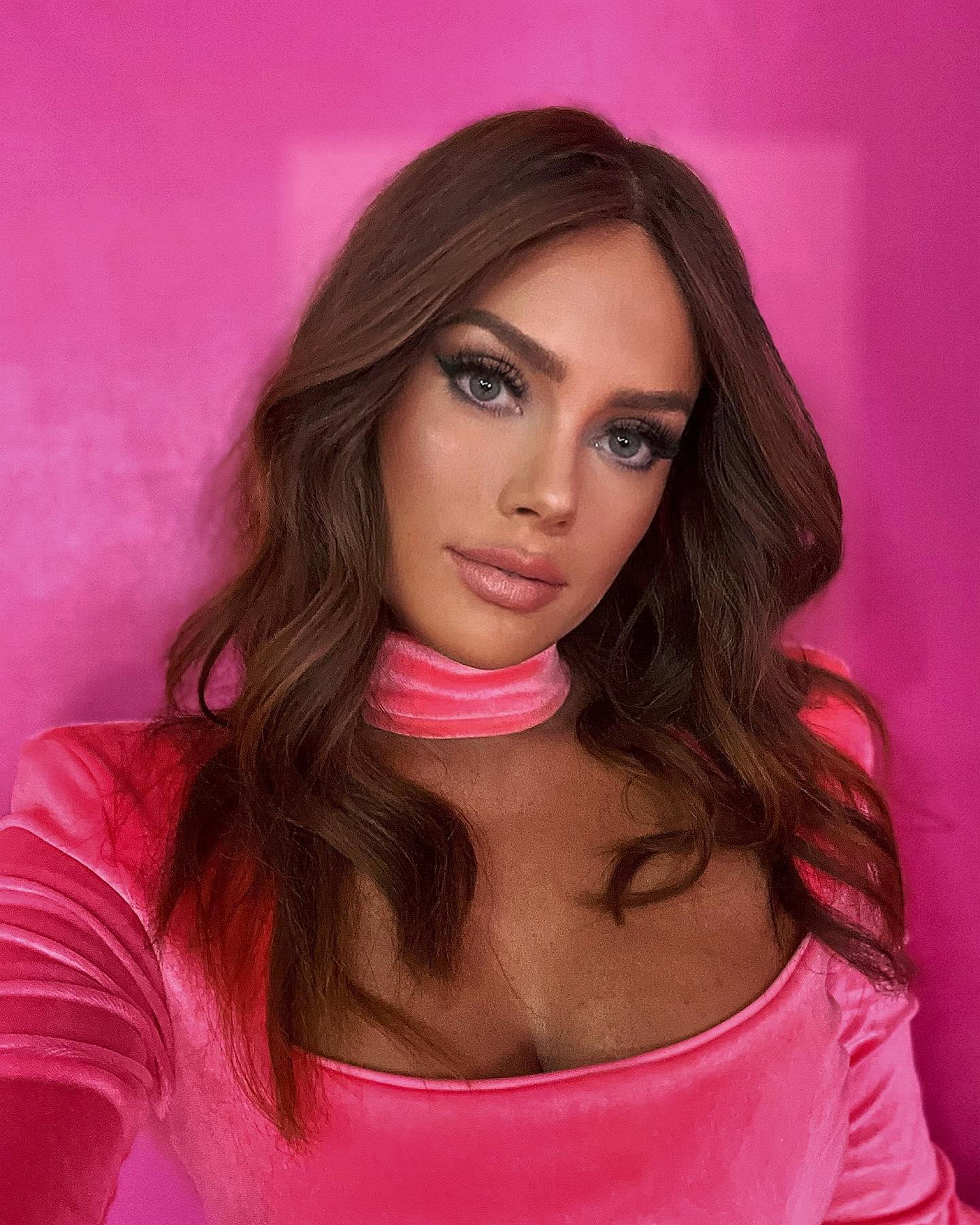