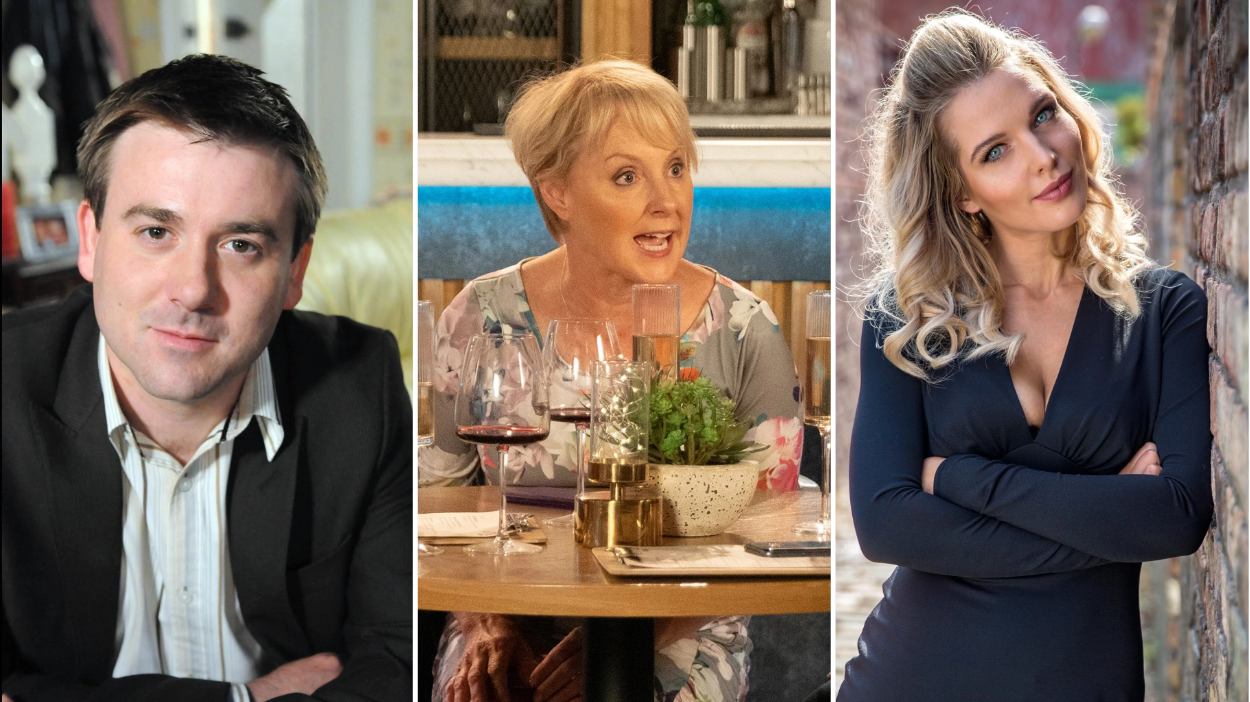 Sally Metcalfe (Sally Dynevor) gets an unwelcomed throwback next week in Coronation Street as the book all about John Stape sees the discussion of Rosie’s (Helen Flanagan) kidnap brought back up to the surface.

When Rosie was younger, she was in a relationship with her teacher – John Stape (the serial killer, yes).

As John became torn between the teen and Fiz (Jennie McAlpine), he kidnapped Rosie and locked her up in the attic of his gran’s former house.

We’re reminded of this ordeal next week because Fiz and Tyrone (Alan Halsall) have been unable to stop the book about John Stape being published so, as Weathy residents make their purchases, it’s topic of conversation just about everywhere.

One place is the factory, where Beth (Lisa George) shows Sal the chapter all about John’s affair with Rosie.

Meanwhile, John Stape’s life starts to spread around Weathy High courtesy of Hope (Isabella Flanagan), who tells a couple of Year 11 girls that she’ll be giving a reading from the book later.

Back on the cobbles, Fiz finds Sally reading the book and is furious.

A row ensues, but what will Sal have to say on the matter?