Move over, Thunder from Down Under. The queens have arrived.

The inaugural cast of RuPaul’s Drag Race Down Under was announced on Saturday in the wee-hours of the morning Stateside — which happened to be smack dab in the middle of the famed Mardi Gras parade in Sydney, Australia.

Michelle Visage and comedian Rhys Nicholson, who will be seated alongside Mama Ru on the judges panel, formally introduced the 10 Aussie and Kiwi queens who will be competing when Drag Race Down Under streams later this year on WOW Presents Plus. Watch below.

Scroll on to read official bios for all of the season 1 queens. 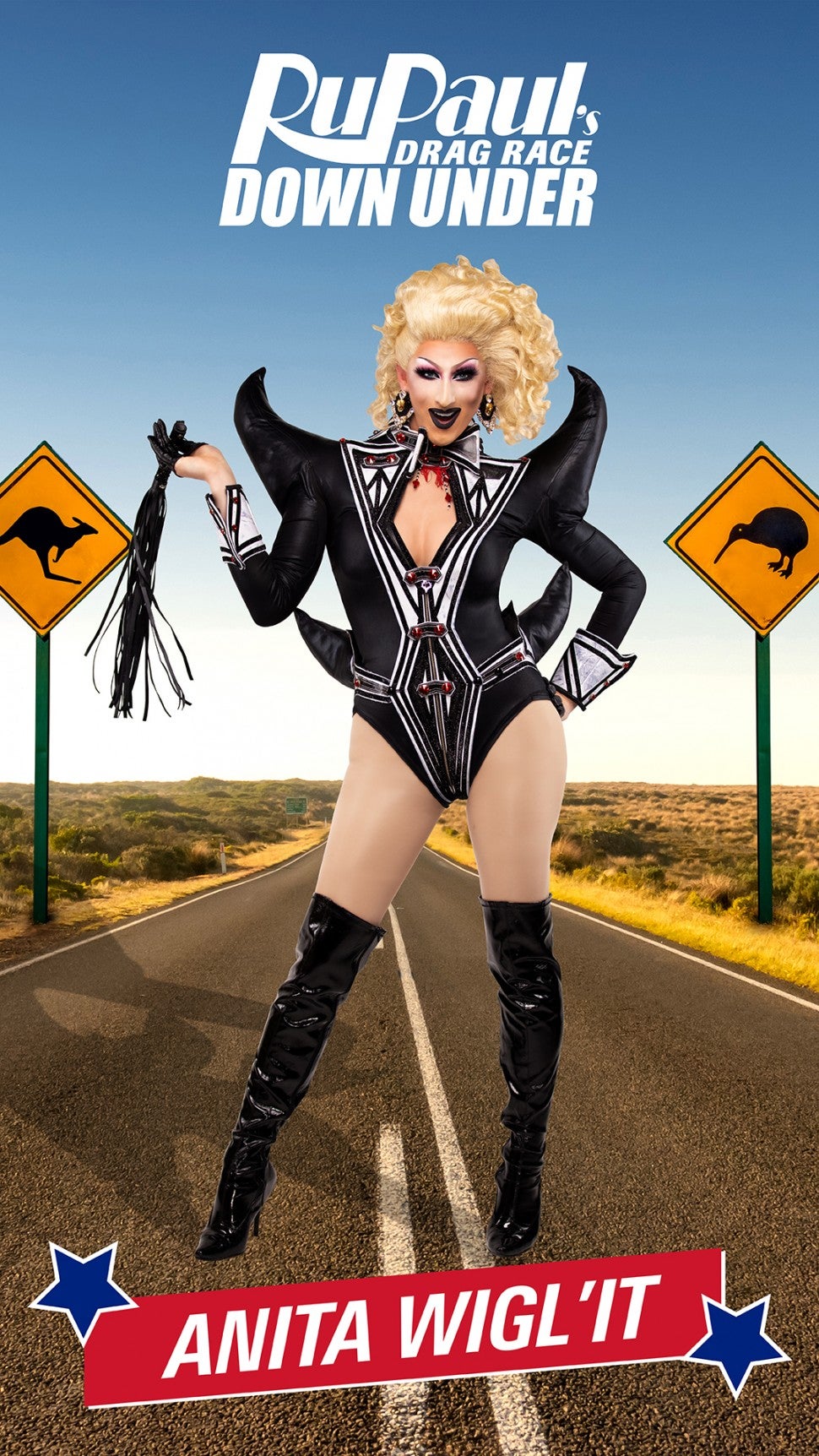 Anita is the owner and resident queen of Auckland’s famous Caluzzi Cabaret and the host of the TVNZ show “House of Drag” as well as the monthly comedy show Drag Wars. Over the last decade she has wiggled her way into the hearts of many, winning both Vancouver’s next top Drag Superstar and Drag Entertainer of the year in 2013, before returning to Auckland. Her favourite performances to date include Mardi Gras (Sydney 2016 and 2019) as well as Adele’s world tour after party in 2017. 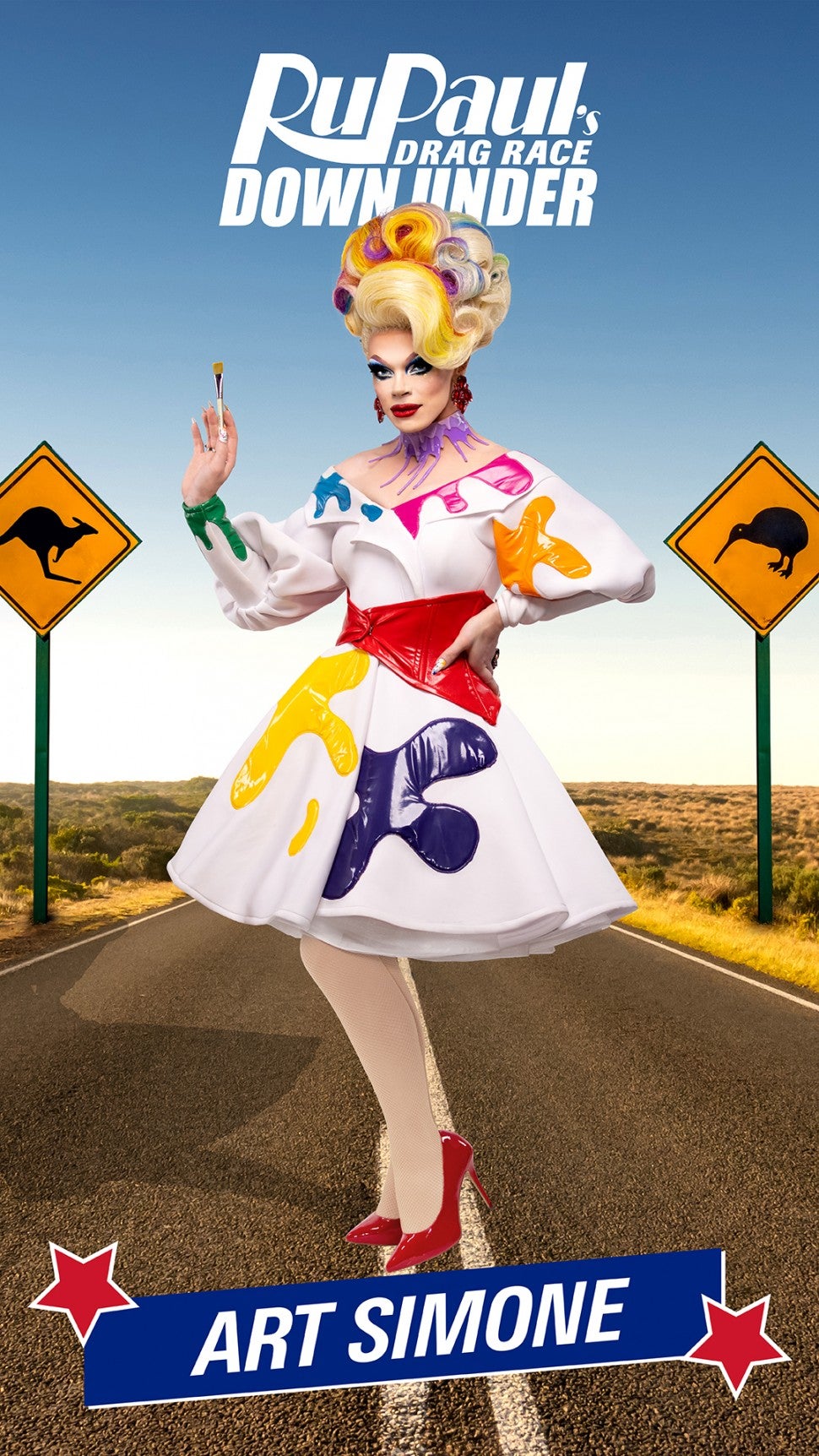 Art Simone is the current reigning “Queen of Australia” and has played roles in Australian feature films, theatrical shows, television programmes, and commercials; as well as being awarded Drag Performer of the Year for the last two years running. Last year, Art travelled to Los Angeles and New York, representing Australia in the world’s largest drag convention, RuPaul’s DragCon. 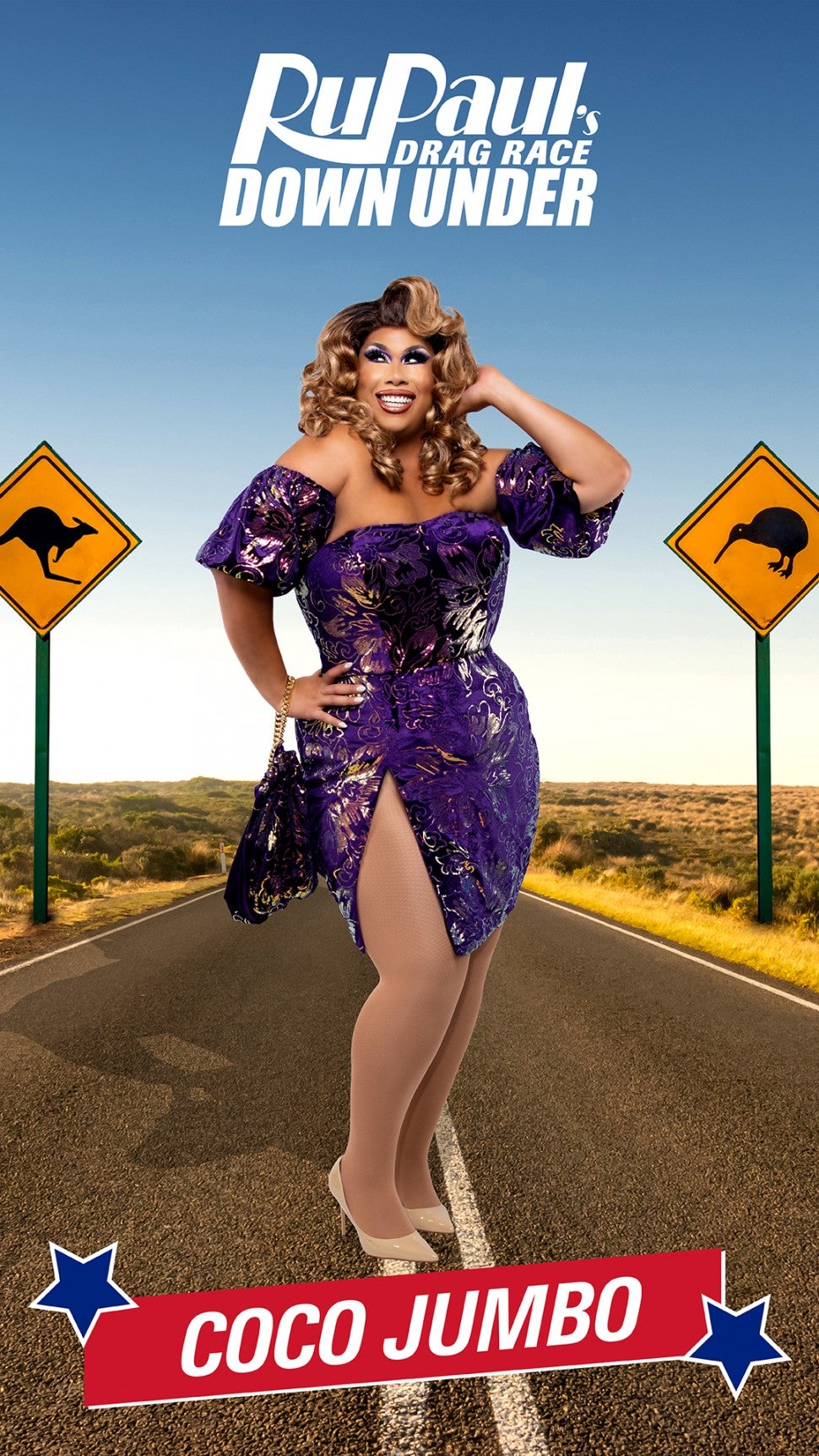 Coco has performed on Australia’s Mardi Gras party mainstage many times and is a multi DIVA (Drag Industry Variety Awards) award winner most prestigious Entertainer of the Year in 2017, Sydney’s Favourite Showgirl in 2016-2019 and Rising Star in 2015. Coco has worked with Absolutely Fabulous’ Jennifer Saunders and Joanna Lumley, 2014 Eurovision winner Conchita Wurst, with Australia’s very own Sandra Sully. 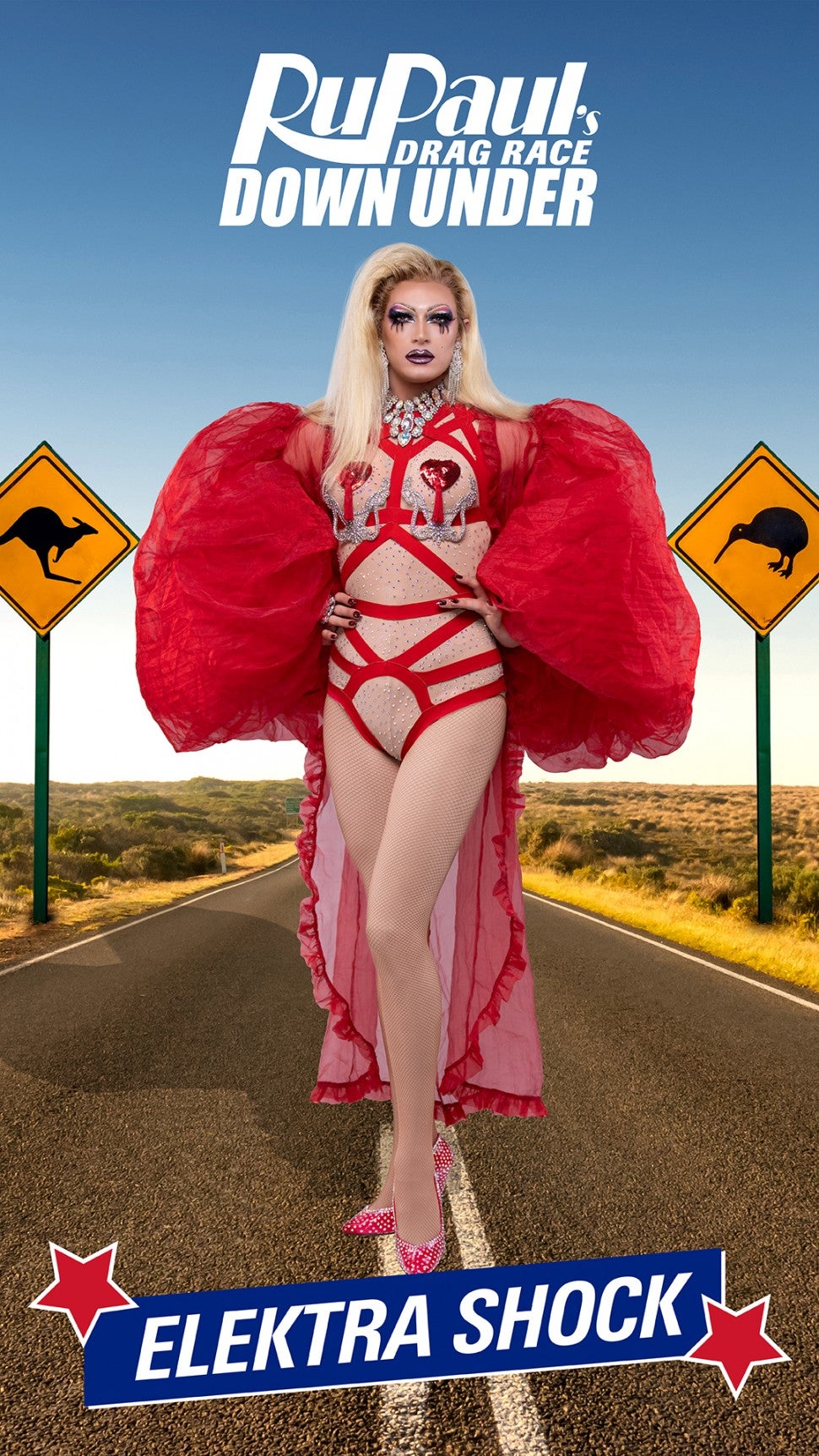 Elektra Shock is the Dancing Queen of Tāmaki Makaurau! Runner up on Season 2 of TVNZ House of Drag and; Star of Pleasuredome The Musical, the NZ Herald describes her as “utterly charismatic.” Starting drag in 2012, she is now a resident performer at a number of venues on Karangahape Rd. Her amazing dance ability, shocking high kicks and live vocals, puts her in high demand for corporate events and theatre performances around Aotearoa. 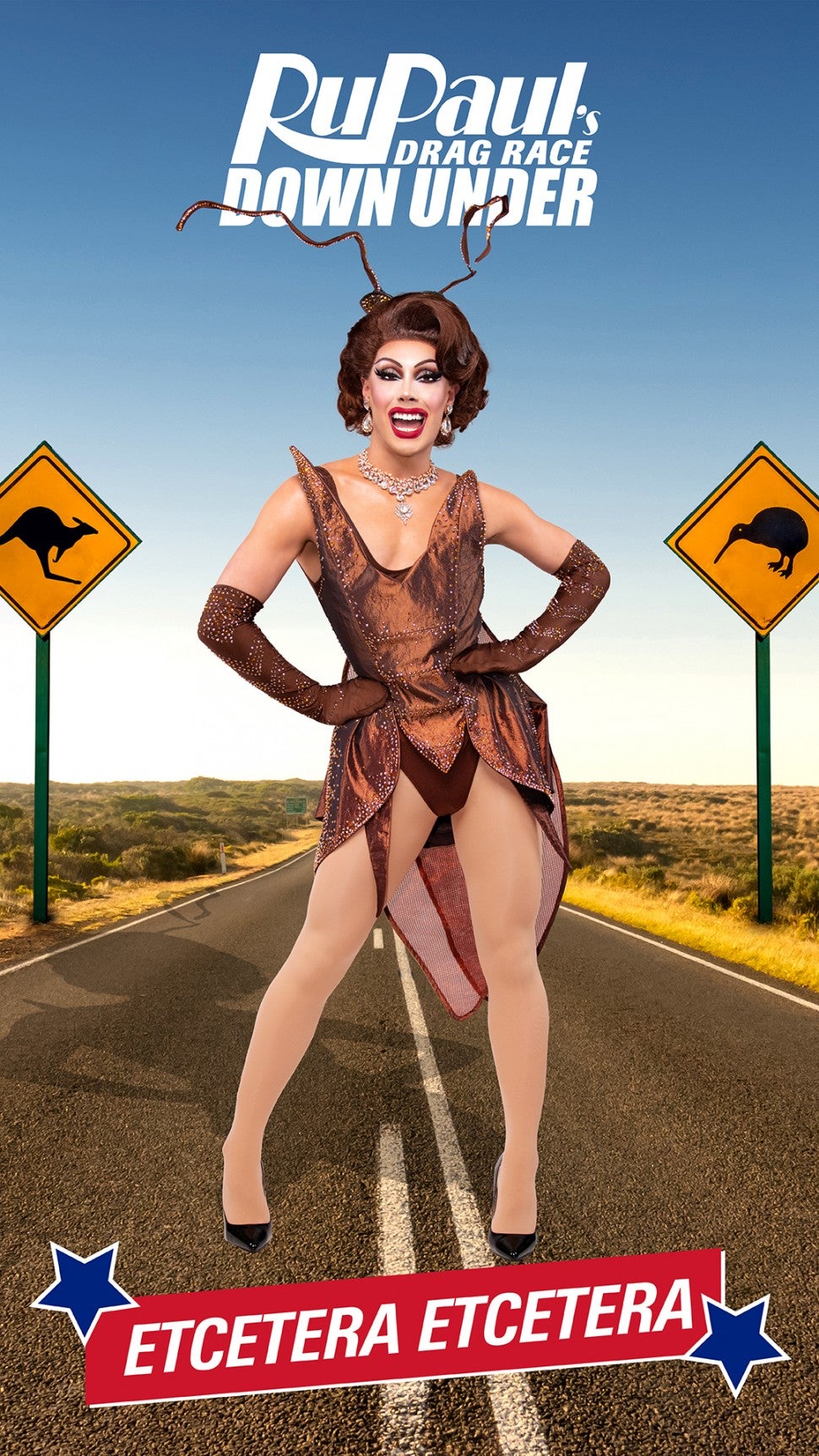 Etcetera is a striking non-binary drag artist, who at only twenty-two years of age has already made a splash within the Australian drag community for her aesthetic and activism. Known as the “glamour bug,” she runs the shows at one of Sydney’s iconic establishments, The Imperial Erskineville! 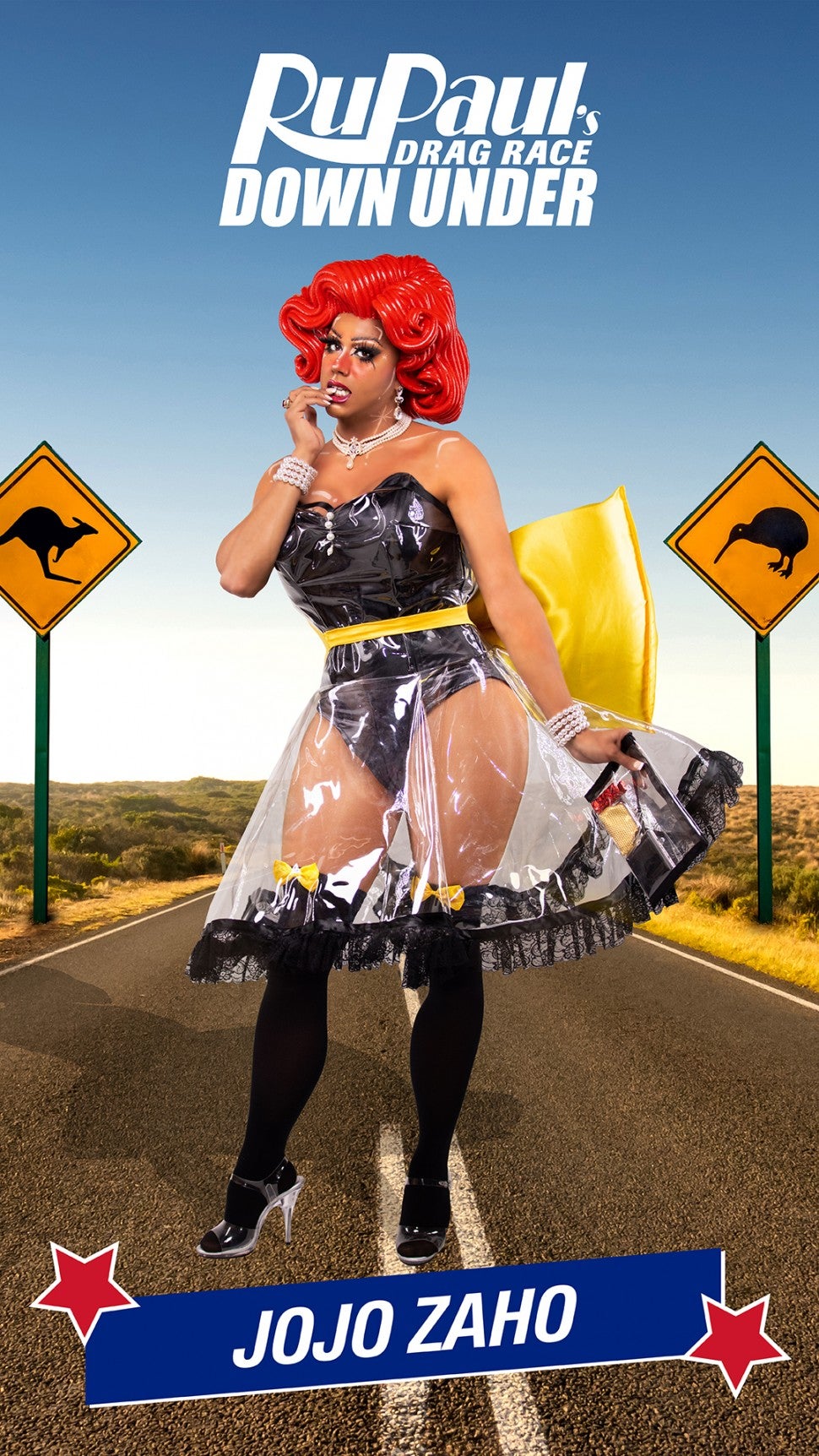 In 2015, Jojo started her drag career as a political response to a council member stating that homosexuality is not part of the indigenous culture. So for Dubbo’s first annual Central West Pride March she walked the parade in a costumes she made with both the indigenous and gay pride flag and she hasn’t looked back since. Since then, she has made her first television cameo on Get Krackin, competing in the inaugural Miss First Nation Indigenous drag queen pageant, the documentary Black Divaz, and hosting the VIP party for the Newcastle leg of Cher’s Australian tour. 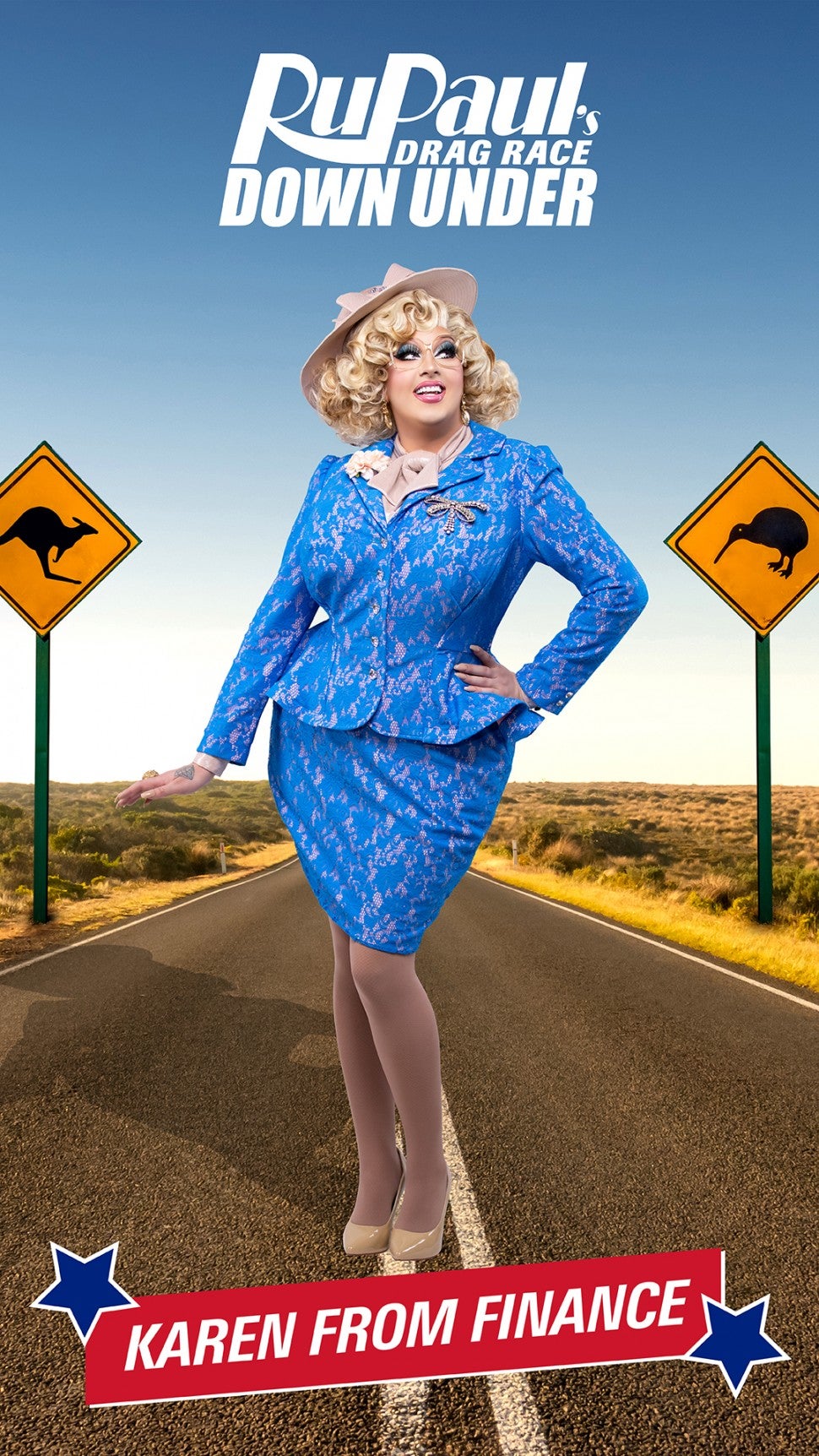 One of the most renowned drag artists in Australia, Karen was one of the original members of the award winning, cult queer cabaret ‘YUMMY’ and has built an international fan-base, touring the world with her singular brand of office-themed character drag. At the beginning of this year, Karen was appointed as an Ambassador for DragExpo in Melbourne. She has appeared at RuPaul’s DragCon in LA in 2017, 2018 and 2019 in headlining performances, as well as headlining shows all over the US, including the Austin International Festival in Texas. 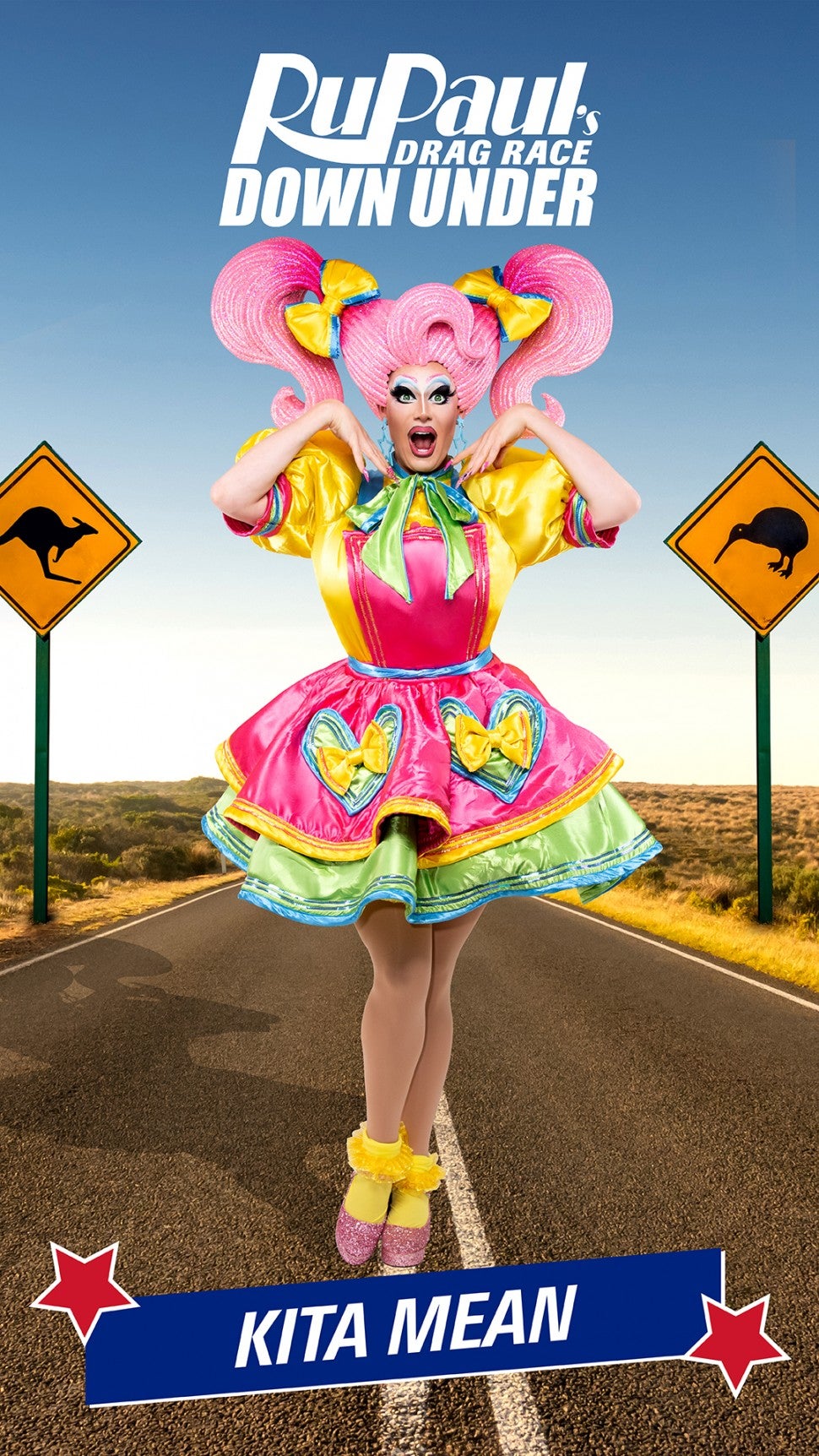 Kita started drag when she dressed up for a New Year’s Eve party and wowed all her friends. Before long she found herself in the thick of the nightlife, firmly making her mark on the Auckland scene. A few years down the line she joined Anita Wigl’it as a drag duo where the two started a monthly event which gave local kiwi drag artists a platform to perform on called Drag Wars. Kita now co-owns the iconic Caluzzi Cabaret and Phoenix Venue in Auckland and has since hosted two series of TVNZ’s House of Drag as well as maintaining her position as resident Drag Queen at Family Bar and Club. 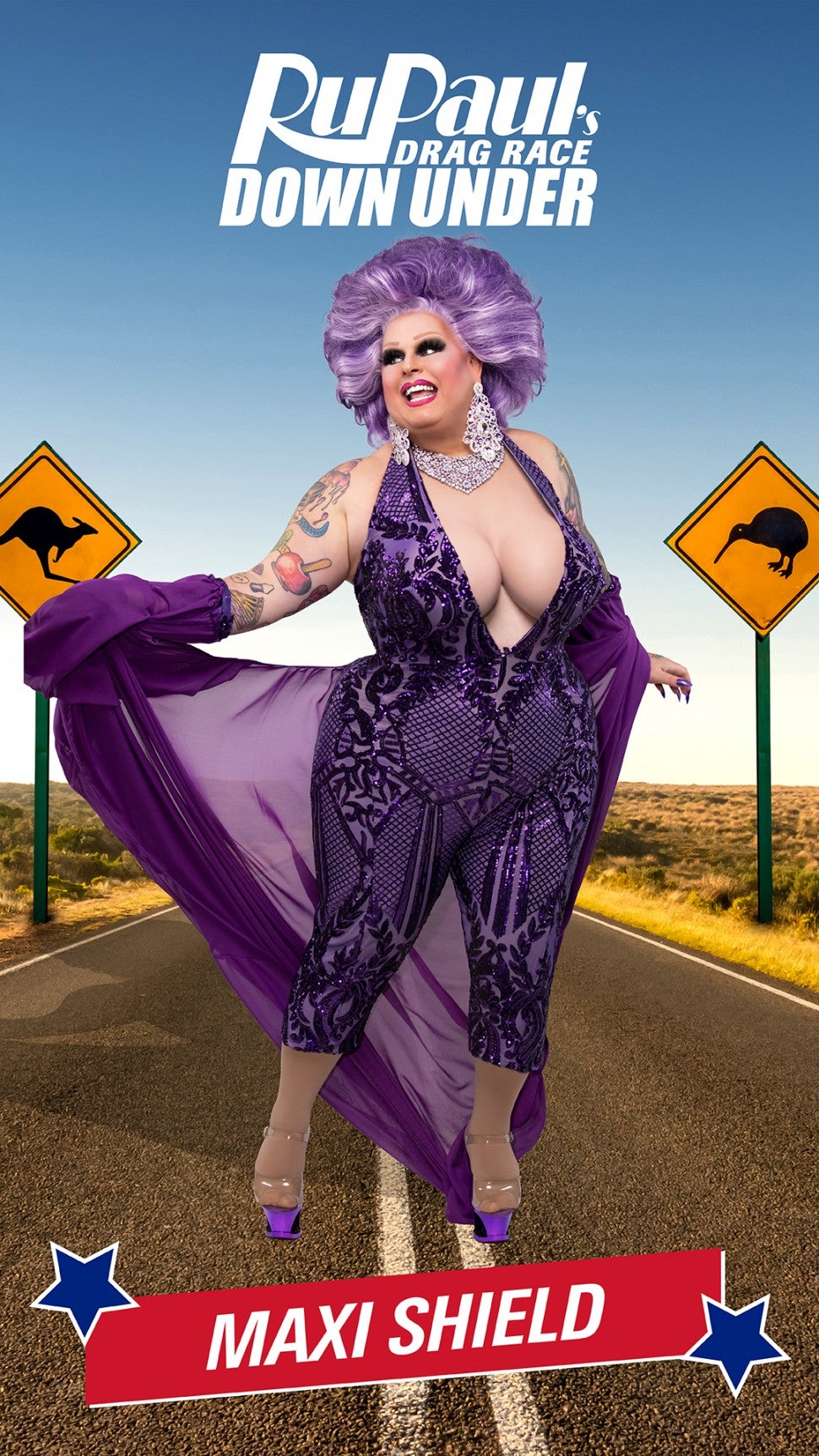 Maxi has been a drag artist for twenty- three years, and is noted for her work within the community, including “Drag Storytime” where drag artists read stories to children, engaging them in fun and creative ways and conveying the overall message of inclusion. Maxi won “Entertainer of the year” at the Drag Industry Variety Awards in 2015, has been names Madonna’s national Hostess for her Australian Rebel Heart Tour and has closed both a straight Olympics (Sydney 2000) and opened a gay one (Gay Games 2022). 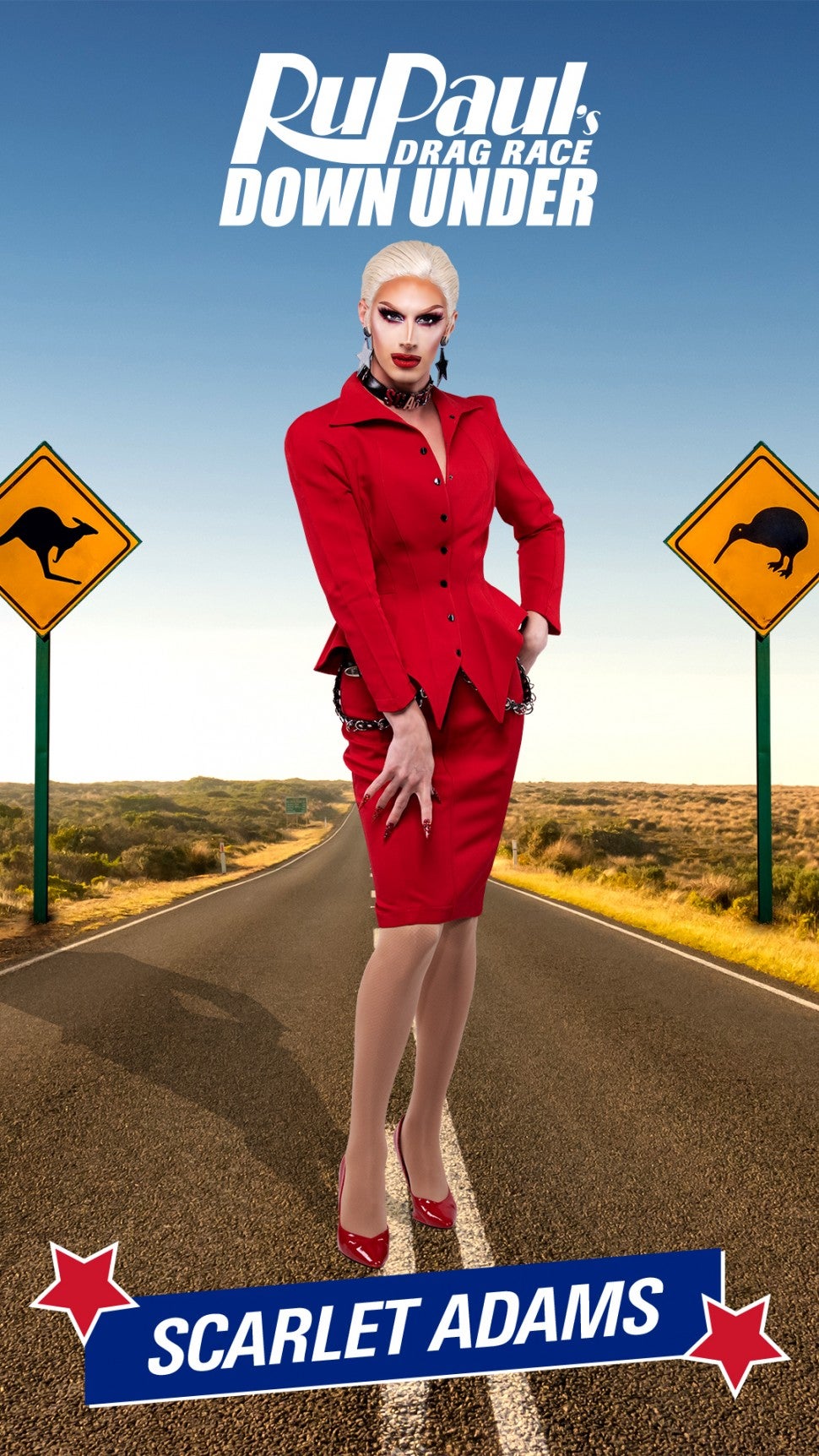 Scarlet is a burlesque performer, pole dancer, costume designer and self- proclaimed “party girl.” Since she turned eighteen, Scarlet has worked tirelessly to build her reputation and brand as a drag artist. After only a year of doing drag, Scarlet won the prestigious title of Queen of the Court, ENTERTAINER OF THE YEAR 2016 at the annual PROUD Awards, and even took out the title for “Miss Burlesque Western Australia 2018”, becoming not only the first drag queen to compete in Miss Burlesque Australia history – but to go on and win the title.