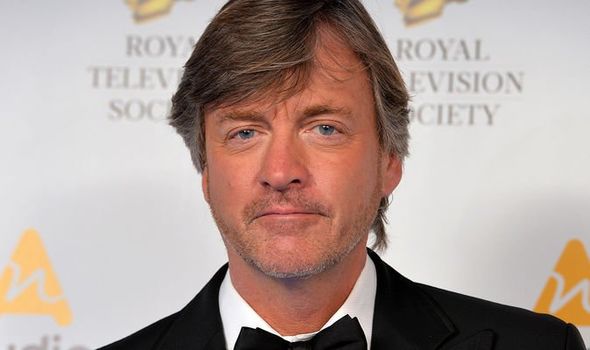 The 65-year-old Express columnist – one of the biggest names on the show this year – said he was “gutted” to go but had no option after breaking ITV’s Covid bubble.

His health drama started in the early hours when he experienced some pain and shocked his co-stars by asking for medical attention.

Richard was taken by ambulance to a nearby hospital “as a precaution” and has since recovered well.

But the show’s coronavirus rules mean he cannot return to camp at Gwrych Castle in North Wales.

In a statement, Richard assured fans: “I’m absolutely FINE. I started to feel briefly unwell in the small hours of the morning and was taken to hospital as a precaution.

“By leaving the camp, I had consequently broken the Covid ‘bubble’ and as such I’ve had to leave the castle and all the wonderful celebs that remain in the camp.

“Obviously I’m gutted to be leaving so soon but the safety of all the campmates is the number one priority. I’m incredibly excited to watch their journey continue.”

He added: “Thank you to everyone who supported me on my brief but completely unforgettable adventure – I’ve made some great friends and honestly had the time of my life.”

Last night he was shown singing just hours before he fell ill.

An ITV spokesman confirmed: “Richard was unwell in the early hours and was immediately seen by our on-site medical team. He’s since been taken to hospital.”

A spokesman for the show added: “He’s been a truly brilliant campmate.” Sources said Richard, due to be interviewed by Ant and Dec on tonight’s show, will not be replaced.

His exit is a big blow to bosses who have seen I’m A Celebrity drop in the ratings.

OnWednesday it was watched by 5.5 million – one of its lowest audiences for years.

Richard, best known for presenting This Morning with wife Judy Finnigan, and a recent guest host on Good Morning Britain, was expected to keep the viewers entertained.