Raquel Welch was one of the many big names — or future big names — to appear in the wacky British satire The Magic Christian. In the black comedy, Ringo Starr plays a former homeless derelict who is adopted but the richest man in the world, played by Peter Sellers. Taking aim at greed and capitalism, the film sees the wealthy Sir Grand test the limit people will go to for money in a bizarre, offbeat caper aboard a luxury liner, The Magic Christian.

The episodic movie features the likes of John Cleese and Graham Clapham, who would go on to form Monty Python, as well as the likes of Spike Milligan and Richard Attenborough.

Welch also has a small part as the villainous Priestess of the Whip.

As things start to take a turn for the worse aboard The Magic Christian, guests begin to attempt to abandon ship.

Starr’s character leads a group of them into a machine room where they discover a surreal sight: over a hundred slave girls, all topless and wearing next to nothing, chained up and rowing. 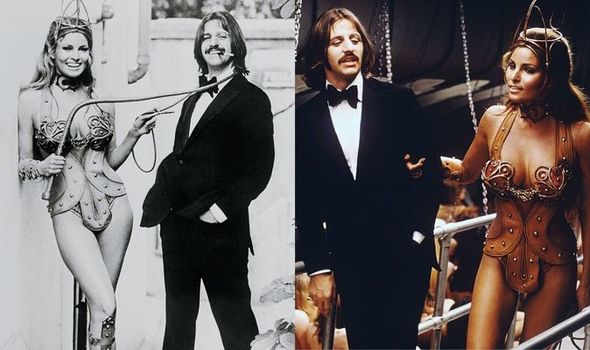 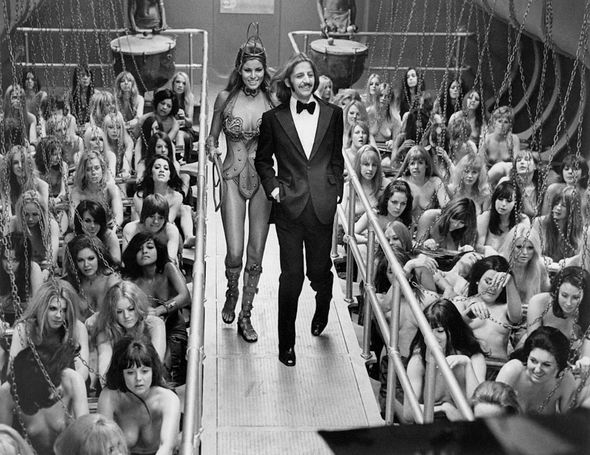 Welch presides over them, strutting around on a raised walkway and wielding a whip.

Dressed in an armoured leather bikini, she leaves little to the imagination in the parody part.

When the passengers enter and ask what on earth is happening, she’s enraged, saying: “How dare this intrusion? Who are these people?”

“These are my mates,” The Beatles star replies, prompting her to shout: “Out, out!” 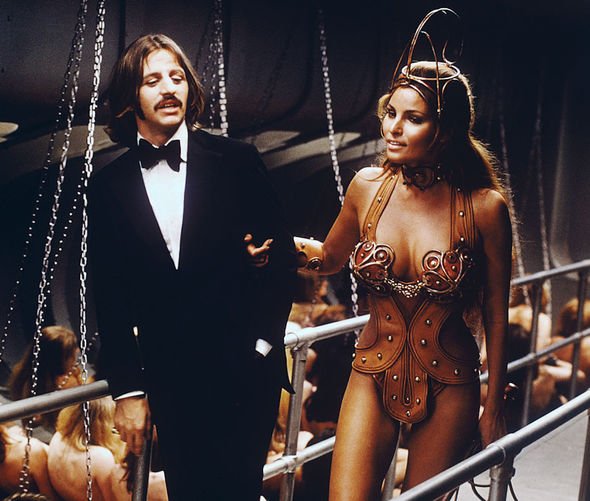 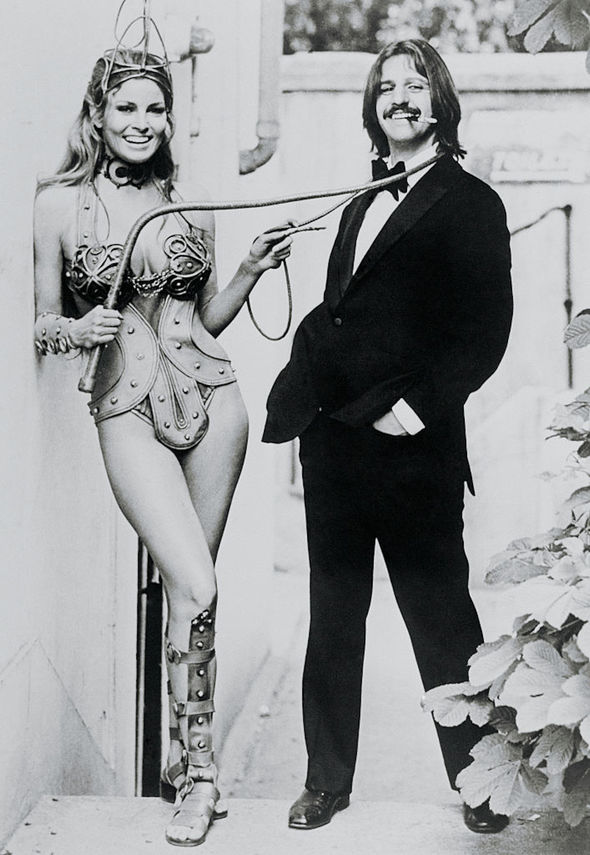 Flicking the whip at the group, she appears to rather please one of the guests, who asks for another lash.

One picture shows Welch and Starr walking arm-in-arm along the raised aisle above the crowd of semi-naked women.

Starr is dressed in a tuxedo and the actress is wearing her eye-popping costume, complete with headdress, leather cuffs and bullwhip.

In a posed picture on set, she playfully slings the whip around the Beatle’s neck and smiles for the camera.

Starr, his hands in his pockets, grins down the lens, a cigarette protruding from his mouth.

The movie was widely panned by critics, many of whom slated the heavy-handed satire and overuse of black humour.

Welch first found fame after appearing in Fantastic Voyage back in 1966.

She went on to star in One Million Years B.C. and later cemented her place as one of Hollywood’s greatest pin-ups.

Back in 2011, she was ranked number two on Men’s Health’s list of the Hottest Women of All Time.

In recent years, Welch has made appearances in How to Be a Latin Lover and US sitcom Date My Dad.