There are just a few weeks left until the return of Power Book II: Ghost, the first of the Power spinoffs. Set after the murder of James “Ghost” St. Patrick, the show follows Tariq St. Patrick as he navigates life without his father. Needing money to support his family, Tariq turns to the drug game just like his dad and becomes involved with Monet Tejada, the wife of ruthless kingpin Lorenzo Tejada who’s just as cold-hearted as him.

The cast of Power Book II: Ghost Season 2 includes Michael Rainey Jr., Mary J. Blige, Woody McClain, and Paige Hurd, among others. But viewers can also expect to see some cameos, according to Hurd. 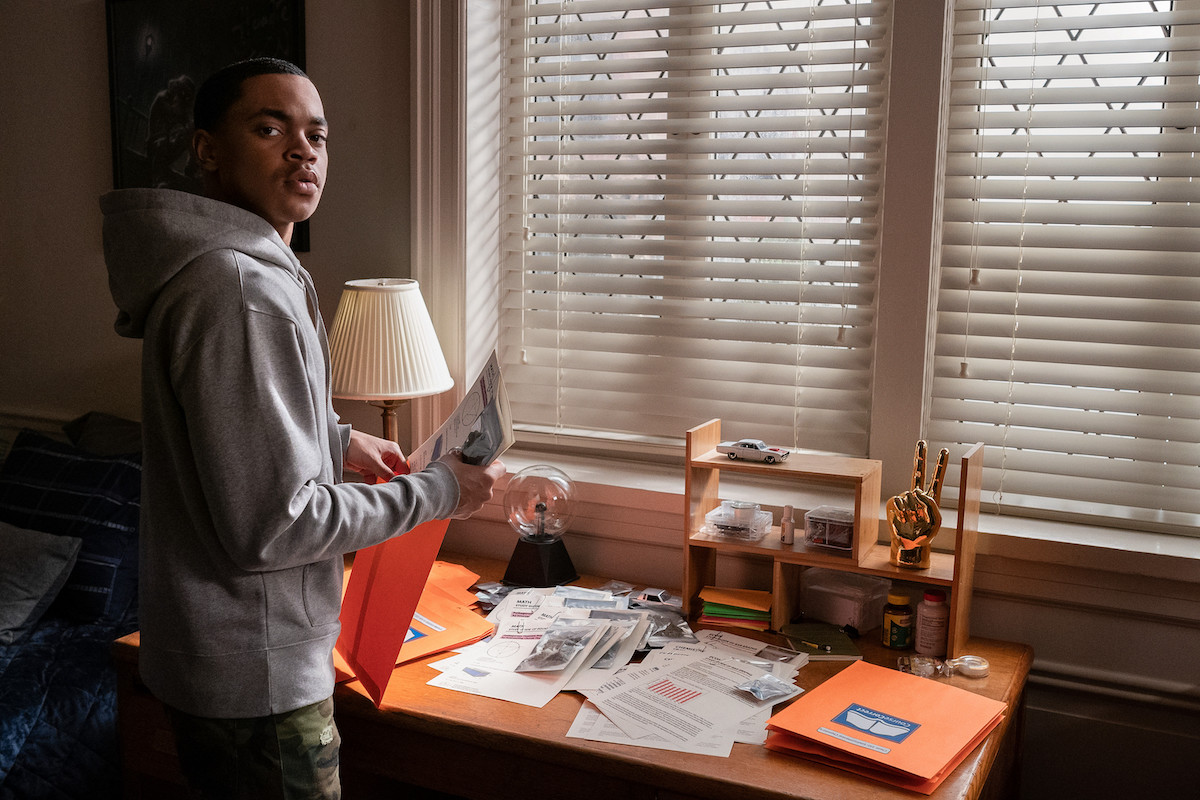 The next season of ‘Power Book II: Ghost’ picks up after the bombshell events in the last episode

The first season left off with the shooting death of Professor Jabari Reynolds. Played by Justin McManus, he’d been blackmailing Tariq into letting him write a book on his life. Cane Tejada (McClain) shot him after misinterpreting one of their conversations and had Tariq (Rainey) finish him off. Tariq covered it up, but showrunner Courtney Kemp said there will be a “big response” to the murder back at Stansfield University.

“Where we had begun an encroachment of his drug life into his school life with the incidents that took place in episode 8 with the attempt on his life and the body in the pool, now his whole drug life is crashed into his campus life in a real way,” she told Entertainment Weekly.

“And Tariq definitely feels like he’s walking around as a ticking time bomb. His relationships are going to get more complicated, and while that’s all happening he’s still got a love life,” she continued.

A teaser trailer released in September shows Tariq carrying on as if nothing happened. But internally, he’s struggling with the murder.

“It will affect Tariq, because everything Tariq does affects him,” Rainey told EW when asked about season 2. “A lot of things that he does, it’s more because he has to do it just to survive. It’s definitely going to mess with him. Nobody really wants to kill, so he’s definitely going to have to learn to live with that.”

Hurd spoke to People about the show in an interview published in October. She was listing off reasons to watch Power Book II: Ghost Season 2, when she mentioned cameos in the Starz series. While she didn’t say names, the clip cut to a behind-the-scenes video of Method Man (Davis Maclean) with Redman, who is set to play Davis’ older brother Theo Rollins next season.

Theo’s character description, according to Digital Spy, says he and Davis used to “run the streets” together. “But now, they sit on opposite sides of the law with Theo serving an extensive prison term, and Davis, off his win in the Tasha St. Patrick case, now the biggest defense attorney in New York City.”

“They both know, had the past played out differently, Davis could be locked up alongside his big brother,” the statement continues, “but Theo questions if the guilt’s enough for Davis to keep his promise.”

Next season will also bring back characters such as lawyer Jenny Sullivan (Paton Ashbrook) and Officer Kamaal Tate (Lahmard Tate), as Express.co.uk notes. But it’s unclear if those are the cameos that Hurd was talking about or if there are some that haven’t been announced yet.

When does ‘Power Book II: Ghost’ come back on?

Power Book II: Ghost will return to Starz on Sunday, Nov. 21. It’ll be followed by the first season of Power Book IV: Force, the show following Tommy Egan (Joseph Sikora) as he also tries to move forward after Ghost’s death. Force doesn’t have an exact release date just yet, but it’s coming in early 2022.