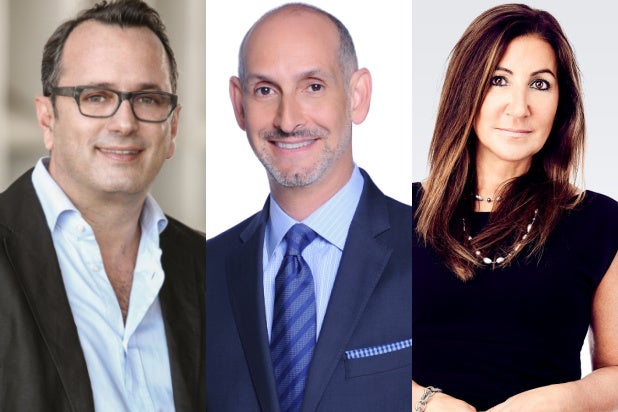 Univision just went on one hell of a hiring spree. The Spanish-language leader has brought aboard Pierluigi Gazzolo, Luis Silberwasser and Donna Speciale — and each carries a “president” title.

Speciale, as you probably guessed, is Univision’s new president of ad sales and marketing.

Wade Davis is CEO of Univision.

“Today begins a transformation for Univision. One that will see us accelerate our position as the leading U.S. Hispanic media company as we launch new products and services that will drive value for our U.S. Hispanic audience and for our advertising and distribution partners, who want to reach and engage with this critical audience,” Davis said Monday in a statement.. “Achieving our objectives will require new ways of working together, diversity of perspectives and in some cases new talent and skillsets. We began the evolution of our team with the appointment of world class leaders to our board of directors to bring together skillsets and diversity that Univision has never had at the board level. Today we are announcing a new, industry leading executive leadership team that exemplifies the traits of innovation, collaboration, inclusivity and accountability that will be central to our transformation. Each of these leaders understand the need to optimize Univision’s core businesses to meet its audience where they are and evolve its content, platforms and products to reach the market in new ways.”

Below is Davis’ leadership team.

Those appointments are all effective immediately.

01/11/2021 TV & Movies Comments Off on Pierluigi Gazzolo, Luis Silberwasser and Donna Speciale Join Univision With President-Level Roles
Recent Posts
We and our partners use cookies on this site to improve our service, perform analytics, personalize advertising, measure advertising performance, and remember website preferences.Ok