Comcast is looking forward to 2024, a year in which it will gain: A) Hulu or B) a boatload of money, based on Hulu’s $27.5 billion valuation. There’s also C): It could buy another significant media company, a purchase possibly financed in part by B. And let’s face it: NBCU needs one of those outcomes to compete in the streaming wars. With or without next-day NBC episodes, Peacock is no contender for the crown.

In January 2024, Comcast will likely sell its 33 percent ownership interest in Hulu to Disney. According to a deal the companies made in 2019, Hulu is valued at a guaranteed minimum of $27.5 billion. Disney’s two-thirds ownership share has a baseline value of $18 billion with NBCU’s third at $9 billion, but only Disney contractually has to buy its partner out.

“If [Hulu] was for sale, put up for sale, Comcast would be interested, and so would a lot of other tech and media companies,” Roberts said last week at Goldman Sachs’ Communacopia event. “And you would have robust auction. There’s never been a pure-play, fabulous, scaled streaming service put on the market.”

Fabulous! And also? Unlikely. At $18 billion, that would be a very pricey buy for Comcast. Any non-Disney buyers would no longer have access to ABC or the FX on Hulu content and given the overall Hulu valuation of $27.5 billion (set by the owners, not necessarily the market), it’s one that only a trillion-dollar company would really consider. Amazon just ingested MGM; Apple seems to prefer a small-scale approach; Alphabet and Microsoft seem unlikely to move into a very crowded streaming space that’s already ripe for consolidation. That places Roberts’ claim of Comcast interest somewhere between a threat and a shrewd negotiating tactic.

Other options? Comcast could beef up its streaming presence with key NBCUniversal competitor Paramount Global. If Comcast bought Paramount, it could integrate Paramount+ (which now includes Showtime OTT) and FAST leader Pluto TV into its streaming portfolio. At this writing, the Paramount Global market cap is $15 billion. Its enterprise value, or the amount it would actually cost to purchase the company (value + cash + debt), is about $31 billion. Comcast shares are currently worth a combined $152 billion, or about 10 Paramounts. So it’s affordable.

The fly in that particular ointment is CBS, since FCC rules don’t allow one company to operate two broadcast networks — and NBCUniversal isn’t about to give up the “NBC.”

Paramount Global chief Bob Bakish believes his company will make for an attractive acquisition target at a time when subscribers and content are king.

“When I look at a company to buy — we’ve done a bunch of smaller deals, particularly in Latin America, and you can rest assured we look at all the deals — the single most important thing is, ‘If you buy the company, can you use the content?’ The answer typically is no, not for a while,” Bakish said a few months back during a Morgan Stanley conference keynote. “Our investment strategy is increasing optionality because we’re gaining more and more control over high-quality content.” 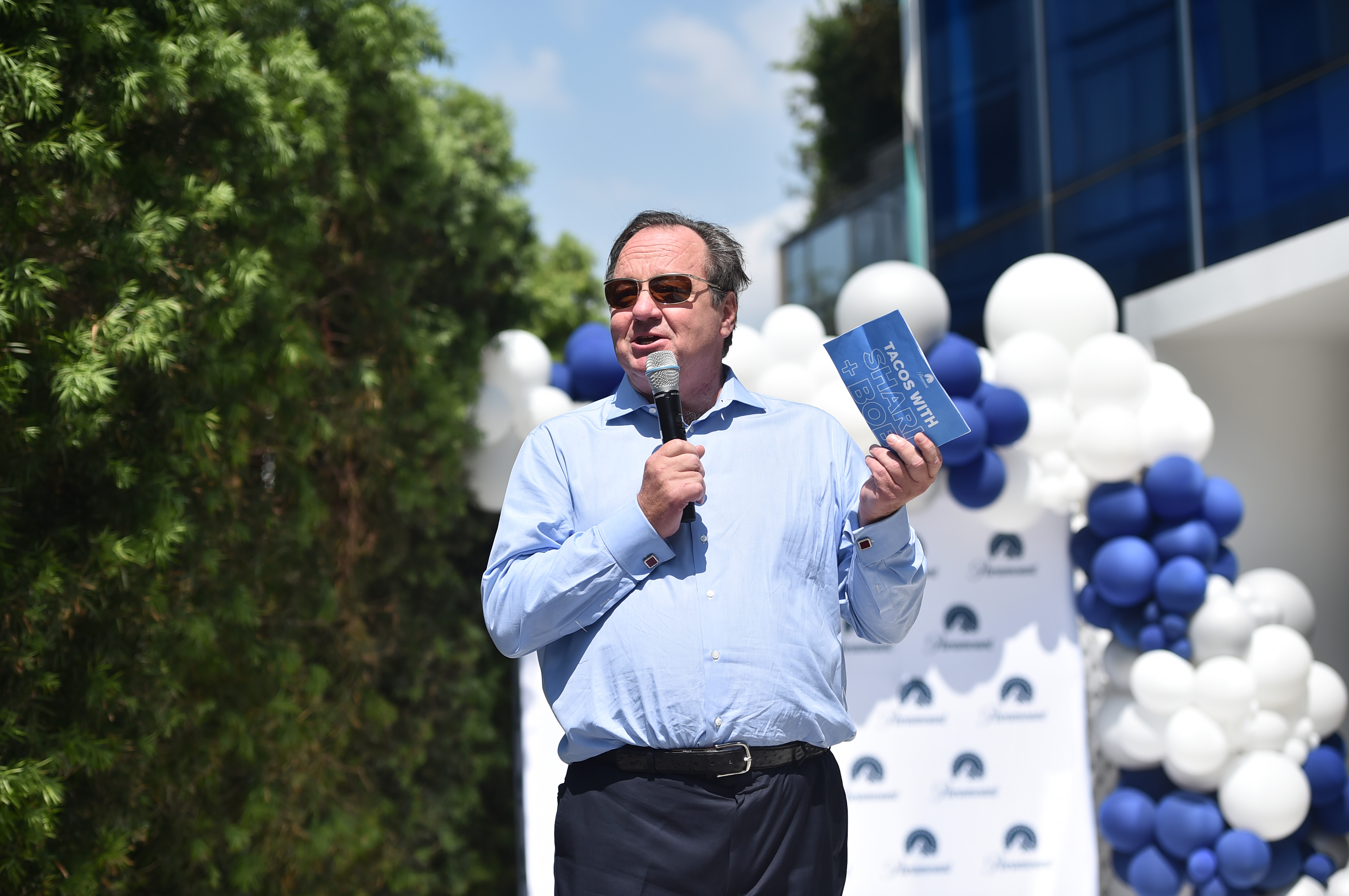 Bob Bakish attends Lunch with Bob and Shar at Paramount Studios on September 13, 2022 in Los Angeles

Peacock had 13 million paid subscribers at the end of Q2; Paramount+ had 43 million. Tempting, but Comcast executive VP and Deputy CFO Jason Armstrong said it’s less likely. “The focus probably isn’t on acquiring large subscriber bases,” he said at a Bank of America investor conference earlier this month. “Instead, it’s specific technologies that are either we don’t have or that are better than the current evolution of what we have in the system.”

A bigger play would be one for Warner Bros. Discovery; a few years back, Comcast considered disrupting the Discovery takeover with a bid of its own. THR’s Kim Masters wrote that it is “accepted wisdom at the highest levels of the industry” that another deal is coming for WBD. IndieWire confirmed that a meeting between Roberts and WBD boss David Zaslav took place at the Allen & Co. media conference in Sun Valley, which presents optical (if circumstantial) evidence of camaraderie. However, since discussing M&A options at this point would break a host of laws, sometimes it’s just lunch.

WBD’s market cap is slightly more than double Paramount’s at this point, and its massive debt ($50 billion) plus considerable cash on hand (about $2 billion) makes this option a considerably larger undertaking, if a more-appealing one; you’d want HBO/Max/Discovery+ and their combined 90 million streaming subscribers over Paramount+, and the Warner Bros. studio over Paramount Pictures. Although WBD does not operate a broadcast network like Paramount Global, the sheer scale of the buy would create regulatory hurdles. Anyway, due to the terms of its April 2022 merger, WBD is in merger timeout until April 2024.

Comcast declined comment for this story. One Warner Bros. Discovery insider told IndieWire the idea of a Comcast takeover is “ridiculous” — but that doesn’t mean it isn’t crazy enough to work.