Paul Rudd is that you?

The 52-year-old actor shed his ageless appearance for white hair and a grey beard while on the set of his upcoming show, The Shrink Next Door. Rudd was photographed in Los Angeles on Thursday, looking almost unrecognizable in the salt-and-pepper look, oversized suit, white button-up, tie and black shoes. He also wore glasses and a face shield to follow COVID-19 protocols on set.

Rudd transforms into Dr. Isaac “Ike” Herschkopf in The Shrink Next Door. Per Variety, the series follows his relationship with his longtime patient Martin “Marty” Markowitz, portrayed by Will Ferrell. The story is inspired by true events documented in the Wondery and Bloomberg Media podcast of the same name, and shows how “over the course of their relationship, Ike slowly takes over Marty’s life, even moving into Marty’s home and taking over his family business. The series explores how a seemingly normal doctor-patient dynamic morphs into an unprecedentedly exploitative relationship filled with manipulation, power grabs, and dysfunction at its finest.” 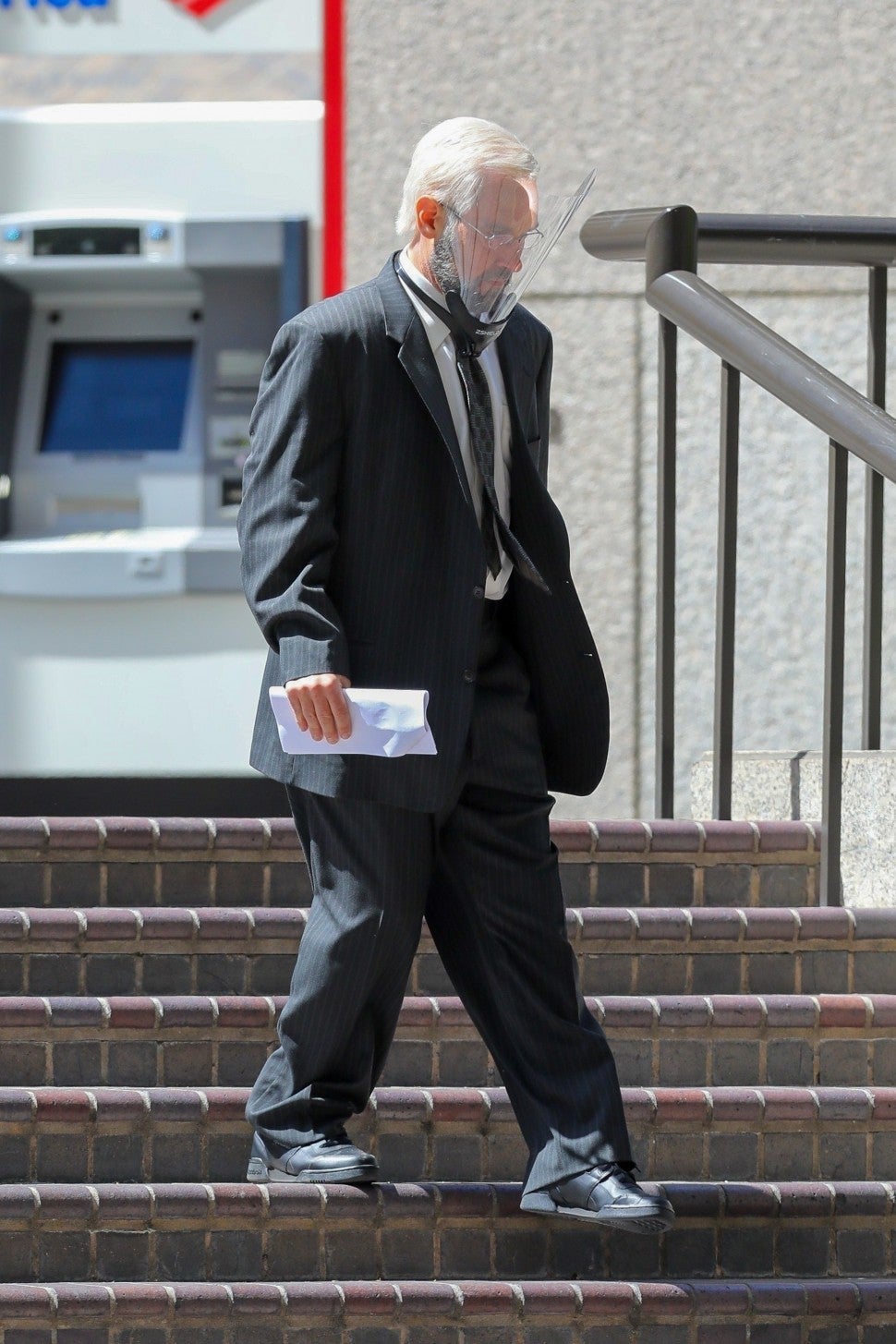 Kathryn Hahn, Casey Wilson and Sarayu Blue co-star. The dark comedy will consist of eight episodes and premiere on Apple TV Plus. This marks the first time Rudd and Ferrell are working together since Anchorman 2.

Rudd, meanwhile, will next be seen in Ghostbusters: Afterlife and Ant-Man and the Wasp: Quantumania. Earlier this month, Ghostbusters director Jason Reitman released a new teaser trailer which includes some familiar faces.

For more on Rudd, see below.