This year’s sixth season of Outlander may have been considerably shorter than usual, but the epic historical drama still managed to pack in plenty of thrills, drama and romance. As fans of the hit Starz series wait for Claire Fraser (played by Caitriona Balfe) and her husband Jamie (Sam Heughan) to return for more, the show’s lead actress has revealed some of the highs and lows of filming the latest instalment.

Caitriona revealed she found her co-star Ned Dennehy “creepy” while he was in character as Lionel Brown.

Much like in Diana Gabaldon’s original novels, Lionel and his brother Richard Brown (Chris Larkin) have been menacing the Frasers ever since their move to North Carolina.

After delivering the dead body of his brother on his doorstep, Richard has been trying to get his revenge on Jamie and his family ever since. 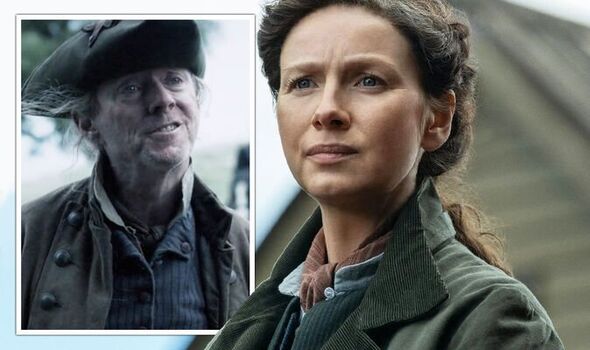 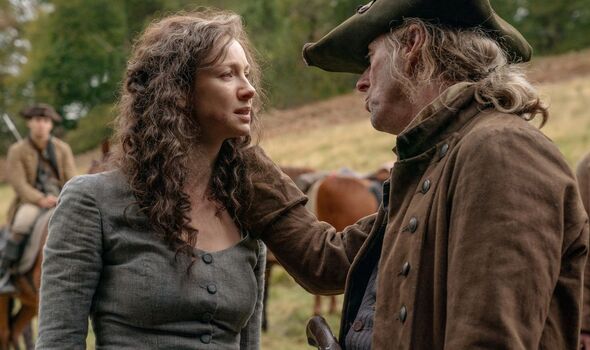 Meanwhile, Claire has continued to see sinister visions of Lionel after being traumatised by his attack last season.

“I love working with Dennehy!” Claire said of Ned’s return to season six.

“I know he’s creepy, and Lionel’s a creep, but Ned’s great fun.”

Caitriona also exposed one of Ned’s rather quirky methods for passing the time while the cast filmed in Scotland. 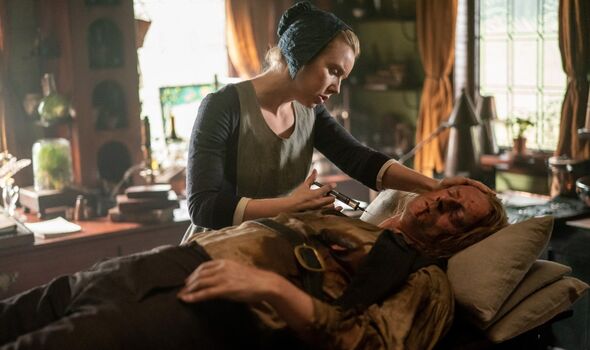 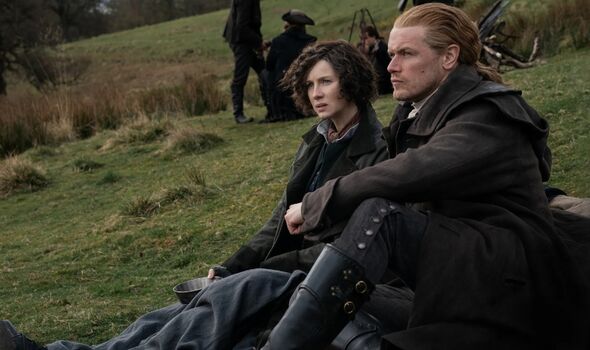 In her Instagram Live Q&A with Sam, she revealed: “He likes to sing songs about how creepy and lovely Lionel is.”

Jamie’s revenge against Lionel may not have been the best course of action as Richard has proven to be an even more resilient foe than his brother.

At the end of Outlander’s truncated sixth season, the Frasers were left on a shocking cliffhanger when Claire is taken hundreds of miles away and imprisoned by the Brownsville gang.

The series will pick up at some point next year after Jamie managed to make a hasty getaway thanks to some help from Young Ian (John Bell) and Chief Bird (Glen Gould).

Fans can also look forward to even more adventures next time on Outlander, as Starz gave the order for an extended 16-episode season to make up for this year’s limited run.

“I think we managed to make the most of it, but I think I had a lot of anxiety, especially at the beginning with us filming in Covid,” Caitriona told Sam.

“It made it very hard. We couldn’t hang out in the same way we would normally.

“It didn’t have the same social element to the season that we would normally have. That was kind of hard.”

Sam replied: “I would definitely agree with you. It felt, strangely, like the hardest season.

“We were shooting in the winter, the Covid protocols, and it must have been so difficult for you.

“It’s one of the most condensed, packed seasons. I know there are less episodes, but there’s so much to unpack. I’m really proud of it, I think it’s one of our strongest.”

Outlander seasons 1-6 are available to stream on Starz in the US and StarzPlay via Amazon Prime Video in the UK.