The fifth season of Outlander saw Jamie Fraser (played by Sam Heughan) come close to death once again when he was bitten by a snake. Roger MacKenzie (Richard Rankin) managed to get him back to Fraser’s Ridge where Claire (Caitriona Balfe) could try to stop the snake’s venom from spreading. She did everything she could to help her husband, which included using maggots to clean out the wound.

Reflecting on using real maggots for the scene, Caitriona detailed how it wasn’t the most pleasant experience.

“Maggots, there’s a couple of things we learnt,” Caitriona began. “First of all, they sound like Rice Krispies.

“It’s quite disgusting when you have a tub of maggots and they’re all [squirming]. It’s quite loud.

“Second of all, if you’ve been cultivating maggots on rotting meat, please wash them before bringing them to set because they still stink of rotting meat otherwise. 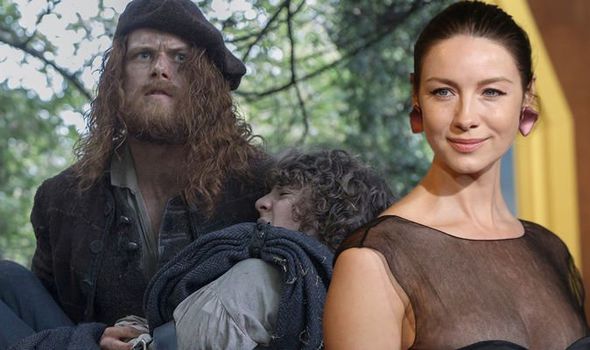 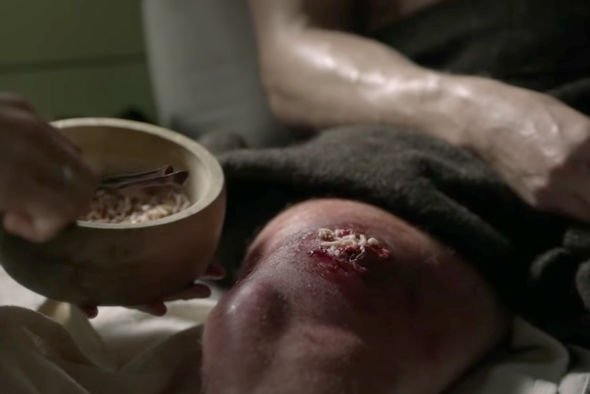 “I think that’s when they first arrived, we were all like, ‘Oh God, what is that smell?’

“We had them sent off to be rinsed a few times. They didn’t smell huge amounts better but slightly better.”

She continued in an Inside the Episode video for Starz: “We had some lemongrass paste that we were putting in to the wound and then you would sort of throw on a few maggots before they say action.

“Before the scene was through, they were all over the floor, they move fast but it’s fun! 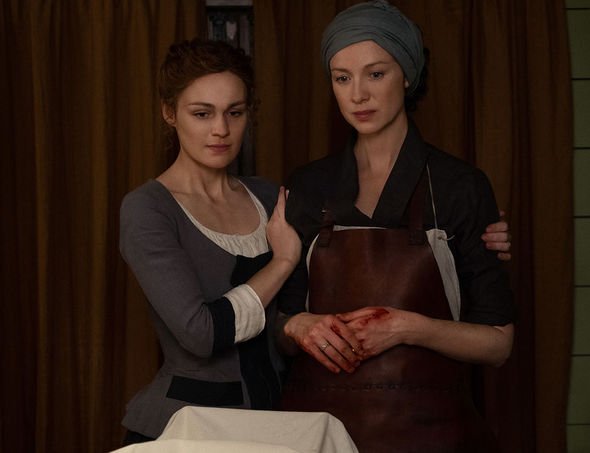 “It’s fun to have things like that to do once in a while, I don’t think I could handle it every day but once in a while it makes things interesting.”

Caitriona recently reminisced about her “first love” on the set of Outlander as she reunited with her horse from season one.

Sharing a snap of herself posing with the animal on Instagram, she explained how she learnt to ride on Travis.

The actress captioned the snap: “My first [love]. Travis my season one dreamboat is back on set.

“The horse I properly learned to ride on. Be still my heart.”

Caitriona could be seen smiling in the snap as she was dressed in Claire’s clothing for filming.

It’s not the only glimpse she has given into the new series as she later joined co-star Sam to tease details of season six.

In another photo, Caitriona and Sam were dressed as Claire and Jamie Fraser as they posed for a selfie.

The Fraser family’s Big House could be seen behind them suggesting some big scenes to come on the Ridge will feature.

The Big House is the at the centre of the Outlander universe after the couple made the back country of North Carolina their home.

They will welcome a whole host of new faces to the Ridge in season six including the troublesome Christie family.

More details from season six are slowly emerging as fans eagerly await the end of a long Droughtlander.

Outlander seasons 1-5 are available to stream on Starz and Amazon Prime Video now.