Outlander fans were devastated by the heartbreaking death of Murtagh Fitzgibbons (played by Duncan Lacroix) as he gave his life on the battlefield in the latest episode. However, given his character was supposed to die in an earlier season if the events of the books were followed, some viewers were left wondering why now?

Why was Muragh killed off now in Outlander?

The seventh episode of Outlander season five had a number of heart-stopping moments, climaxing with the seeming death of Roger Mackenzie (Richard Rankin).

However, probably the most heartbreaking scene came part way through when Murtagh was killed.

Fans will remember Murtagh had to go on the run this series from the authorities following his actions with the Regulators.

This put Jamie Fraser (Sam Heughan) and his beloved godfather on opposite sides of the battle as he was forced to align himself with the British. 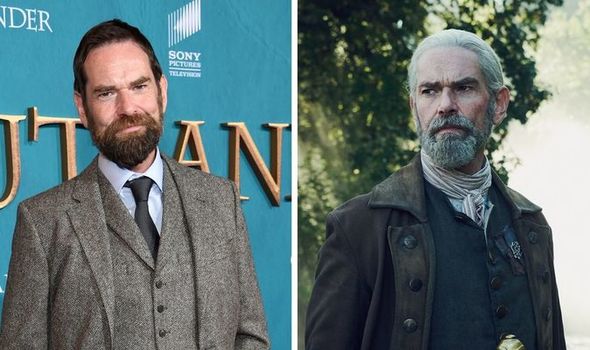 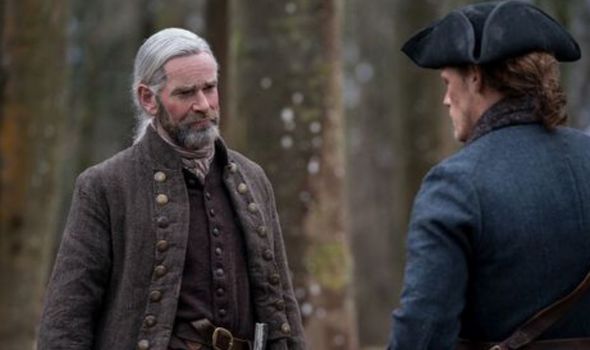 Then in the aftermath of the battle of Alamance, Jamie was fired on by a Regulator before being saved by Murtagh, only for him to be shot dead by the Red Coats.

Jamie took his dying godfather straight to Claire Fraser (Caitriona Balfe) but he could not be saved and instead died in a heartbreaking moment for the beloved character.

Fans will know how Murtagh was actually supposed to have died in the series decades before.

In Diana Gabaldon’s Outlander novels, he actually lost his life at the Battle Culloden, which took place at the end of the second season and beginning of the third. 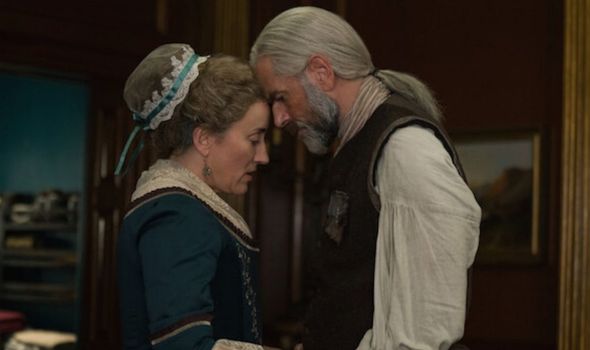 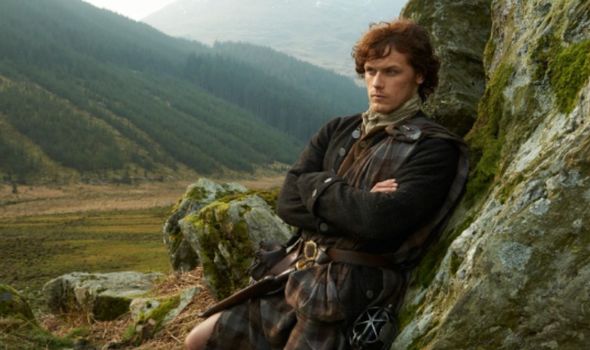 Therefore, after his death on the show, some viewers were left wondering why he had to be killed off now.

Speaking to Collider about his exit, actor Duncan Lacroix revealed he was told about his character being killed off before work started on the fifth outing.

He said: “I found out just before the beginning of the season… because I was optioned for six seasons.

“But yeah, it kind of finally ran its course and they dropped the bomb on me before we started filming the season.”

Some viewers had also speculated before season five how Murtagh would take over another character’s storyline in the show – Duncan Innes (Alastair Findlay).

This is after he was not referenced in the series until the beginning of season five.

However, this was not to be as Aunt Jocasta (Maria Doyle Kennedy) ended up marrying the mysterious character in the latest season.

Showrunner Matthew B. Roberts revealed to Vanity Fair how this was never on the table for Murtagh.

Outlander spoilers: Is Roger MacKenzie really dead?
Outlander: What did Sam Heughan reveal was his hardest scene so far?
Outlander: Will the series end on Jamie’s ghost?

He explained: “I don’t know if you’ve noticed this but our fans love to speculate.

“They assumed Murtagh would just take over the Duncan Innes story. We can’t just do that.

“You can’t just take a character like Duncan Innes—with all his character traits—and turn him into a character we already know. We never even discussed that.”

Therefore, it seems it had finally been the right time for Murtagh to exit the show, according to the creators.

Roberts told Entertainment Weekly how this scene had been in motion for a while.

He revealed: “This was planned for a long time – back in season three.

“I spoke with Duncan well before season five began filming and let him know about Murtagh’s arc.

“We all wanted to give Murtagh a heroic end – he deserves it, he’s one of Outlander’s most beloved characters.”

Although fans are still holding on to some hope after the latest episode brought back another familiar face as Dougal star Graham McTavish returned to play Buck MacKenzie.

Therefore, a return for Lacroix in some form does not seem out of the question.

However, the actor laughed the suggestion off, adding “I don’t know about that.”

You can never say never in the Outlander universe and fans will certainly be hoping to see the much-loved star involved again.

Outlander airs on Sundays on Starz and Mondays on Amazon’s Prime Video.

04/03/2020 TV & Movies Comments Off on Outlander season 5: Why was Muragh killed off? Why did Duncan Lacroix leave series?
Recent Posts
We and our partners use cookies on this site to improve our service, perform analytics, personalize advertising, measure advertising performance, and remember website preferences.Ok