Outlander teaser: "I Am Not Alone" – Season Finale

Jamie Fraser (played by Sam Heughan) has a myriad of names in Outlander, reflecting the various stages of his life. But perhaps the most poignant of these was Jamie’s nickname ‘Sawny’, which his older brother William called him. William tragically died in 1927 of smallpox, aged just 11-years-old.

Why was Jamie Fraser called Sawny?

William was very fond of his younger sibling Jamie and made him a little snake out of cherry wood.

He presented the toy, which had the name ‘Sawny’ carved into it, to Jamie on the child’s fifth birthday.

Jamie was left devastated by William’s death and kept hold of the snake at Lallybroch as his last memento of his sibling.

William was the only one who called Jamie by this nickname ‘Sawny’, while his sister Jenny Murray (Laura Donnelly) referred to him by his shortened name. 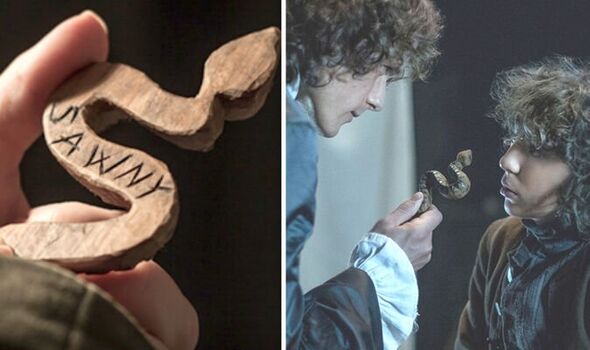 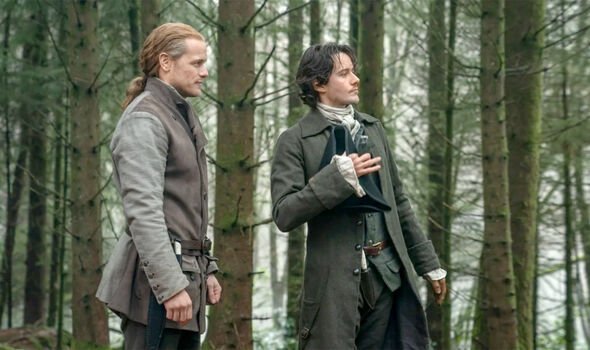 The name ‘Sawny’ appears to be an abbreviation of Alexander with Jamie’s full name being James Alexander Malcolm MacKenzie Fraser.

The name ’Sawny’ or Sawney, Sandie/y, or Sanders, or Sannock was a name given to Scottish people by the English in a similar way to the name ‘Jock’.

Sawny is also Lowland Scots name for Alexander – which is one of Jamie’s names – as well as being an abbreviated form of it. 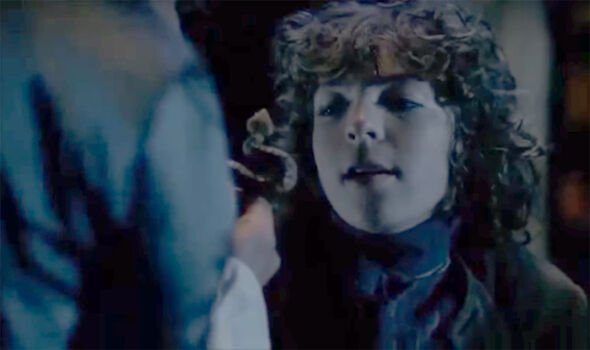 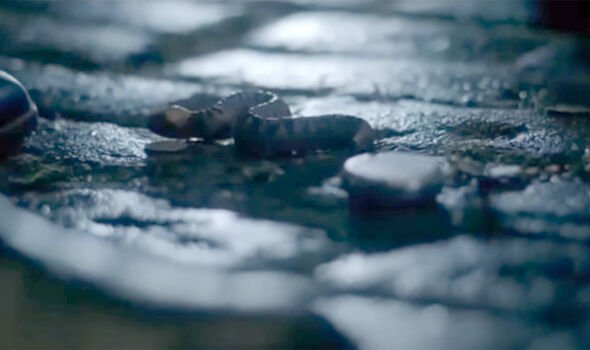 So Xander would become ‘Sandie’ and in turn in Outlander, it seems, this has become ‘Sawny’ for Jamie.

Sadly, the name ‘Sawny’ was also used in a derogatory manner towards Scottish people in the 1880s but this usage was rendered obsolete by the 20th century.

In Outlander, the wooden snake makes an appearance in season two when Fergus Fraser (Romann Berrux) steals it from Jamie.

But in a turn of events, Jamie ends up hiring Fergus to become his personal pickpocket and obtain letters with his light-fingered touch.

This moment only happened in the TV series rather than Diana Gabaldon’s novels and perhaps shows the significance of the snake to Jamie.

Jamie clearly keeps the wooden snake close to hand, so he may have something of his brother William near him.

In the novels, Sawny the snake turned up in the book An Ehco in the Bone at Lallybroch in 1980, along with letters from Jamie and Claire to Brianna MacKenzie (Sophie Skelton) and the rest of the family.

Sawny could make a comeback to Outlander at some point, particularly with the story going back and forth from America to Scotland.

Additionally, season seven is going to be partly based on An Echo in the Bone with the snake perhaps turning up again.

Season seven is in production with the first block now finished on the 18-episode run.

Actor and producer Heughan recently shared an update on the progress of filming, revealing episode six was now in the can.

Heughan said: “This season is going to take a while, it’s an 18-episode bumper mega season, so we probably won’t be finished until March or February of next year.”

He added to Esquire: “It’s a big one this year as last year we had to reduce it by six episodes because of Covid and my co-star [Caitríona Balfe] was pregnant, so we moved it.”

Outlander season 7 is in production