During tonight’s Our Yorkshire Farm, seven of Amanda’s nine children returned to school after being home for the past six months due to the national lockdown. While some of the children were excited at the thought of seeing their friends again, five-year-old Clemmy didn’t seem too pleased about it, especially as it was her first day of school. After speaking to her young child about the occasion, Channel 5’s Amanda also opened up about her mixed feelings.

Raven, 18, also drove back to university which only left four-year-old Nancy on the farm to help Amanda and her husband Clive.

“Are you excited to put on your school uniform?” Amanda asked her daughter Clemmy.

Clemmy agreed and said yes before she gave her mum a thumbs down indicating she wasn’t keen on going to school. 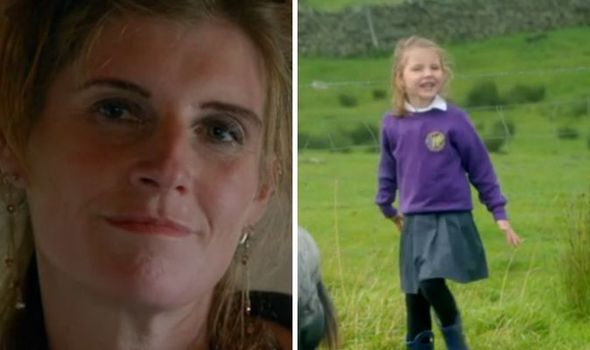 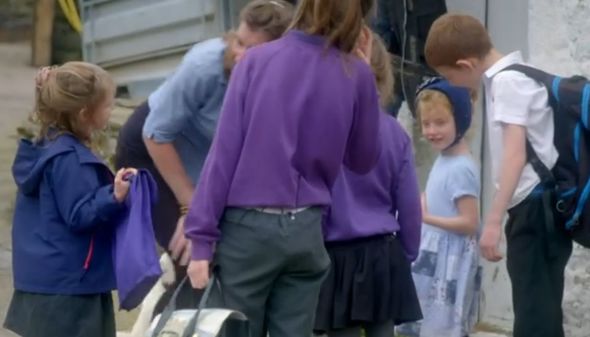 Amanda asked: “What does that mean?”

Clemmy replied: “That I don’t want to go.”

Amanda continued: “You don’t want to go? But it’ll be alright, it’ll be exciting.

“You’ve been at home all summer. You’ve had all this time with Tony [her miniature pony]. I know, but Nancy has said she will help look after your pony.” 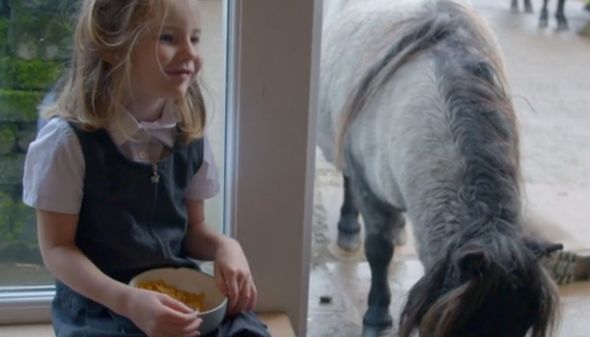 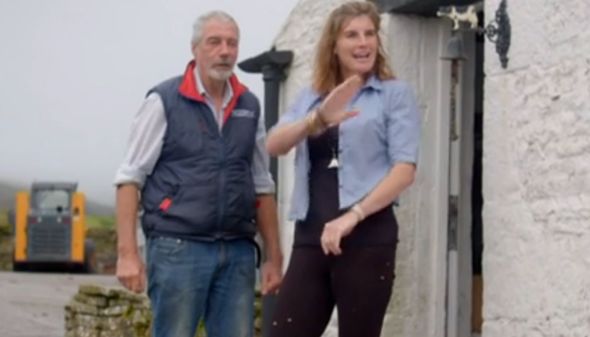 Speaking to the camera afterwards, Amanda appeared to get emotional at the thought of her children going back to school.

“Clemmy is bound to be nervous,” she began. “It’s a big thing, it’s her first day at school.

“I’m just playing it down because I’m going to miss them. Obviously, they need to go back to school I’m not denying it.”

Opening up on her own mixed emotions, Amanda added: “But it’ll be a bit funny without them.”

The morning after it was time for the children to go to school and as per usual it was chaos in the Owen household.

Amanda added to Clive: “I think they need to see their friends now. Clemmy has kept saying she doesn’t want to go but I’m not engaging.

“She will have her siblings at school, they will show her what’s what.”

As she helped Clemmy to get on her school jumper, her daughter seemed to think the collar on her shirt was a dog collar, as she quizzed: “Are they dog collars? They look like dog collars.”

Despite Amanda’s concerns about her children going back to school, when Clemmy and the rest of the Owen clan returned home, they explained they had a great time on their first day back.

“Do you feel tired?” Amanda asked her daughter, to which Clemmy simply replied: “Yes.”

Clemmy told her parents she made lots of friends and she was excited to go back, but at the same time, she was also pleased to see her miniature pony, Tony.

Amanda said: “Clemmy has come back quite happy, she doesn’t seem too tired, so what more can you ask for really?”

Taking to social media after the segment, viewers couldn’t help but shed a tear at Clemmy’s first day of school.

“Aww Clemmy off to school,” one tweeted with a crying face emoji.

Another said: “Clemmy is going to school, bless her heart.”

A third added: “Good on Amanda for giving Clemmy that extra time at home, it’s obvious she’s learnt so much, she absorbs everything.”

Our Yorkshire Farm returns on Tuesday at 9pm on Channel 5.