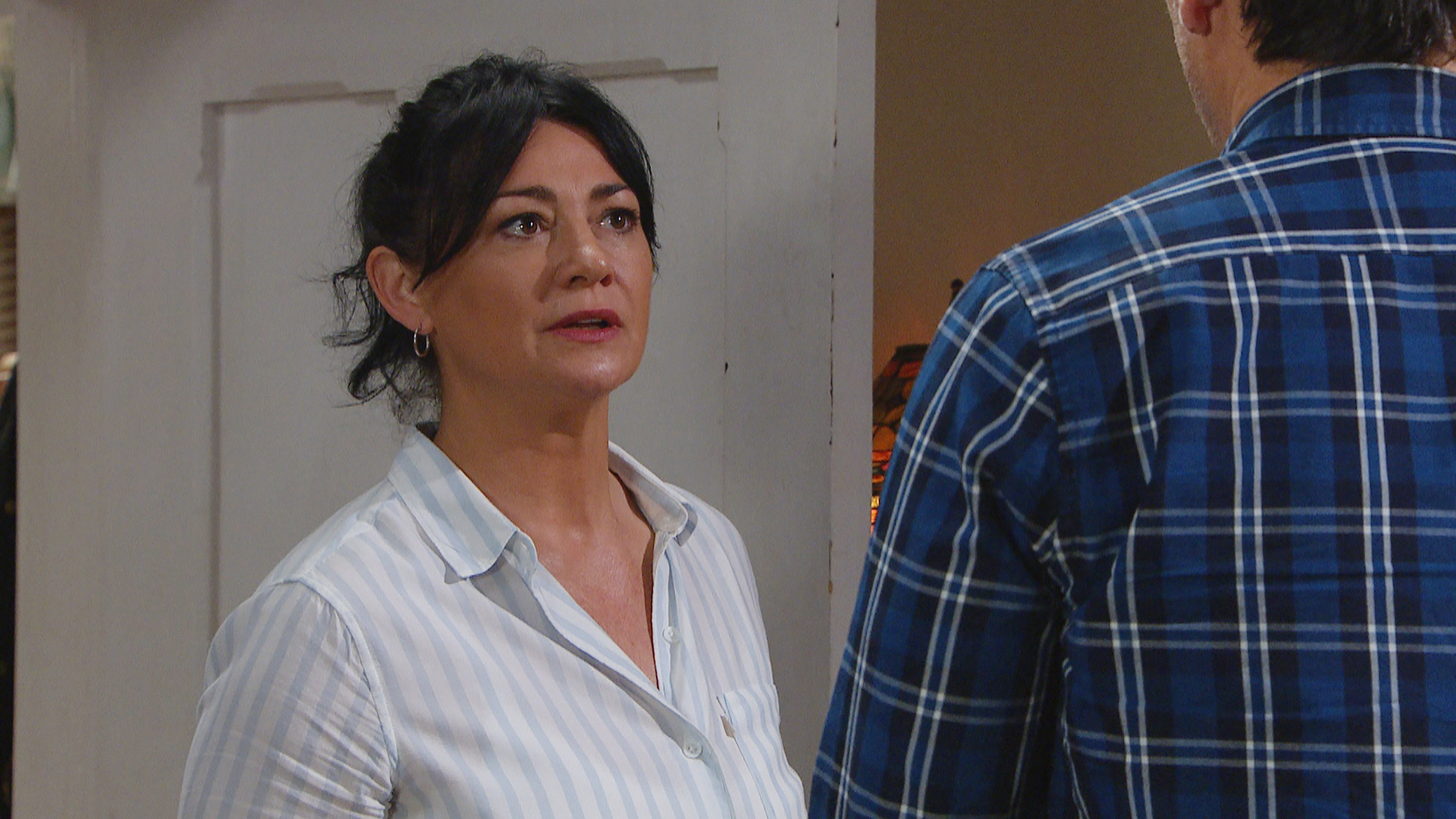 Moira Dingle is in an impossible situation in Emmerdale, having discovered that Cain’s (Jeff Hordley) 10-year-old son Kyle killed Al Chapman, not him.

As Moira can’t stay in the village anymore and pledges to take Kyle (Huey Quinn) away, Natalie J Robb has opened up about what is going on in her mind during this crisis.

‘As far as she’s concerned she’s just lost her husband, in a different way,’ the actress explained.

‘It’s something she didn’t see coming, and I think it’s just the shock of it all, really, and she runs off to be with Kyle and to keep Kyle and Isaac together.’

While Moira tells Cain that she is taking the kids to Scotland, she ends up heading to belfast.

And Cain fears he may have lost his wife forever.

However, Natalie has offered some reassurance at least – this isn’t the last that fans will see of Moira.

‘She gets her head round it, she comes back from Belfast and says “it was a blip,” she’s okay now and she says “we can make it work, we will make it work.”‘

‘She doesn’t really know deep down whether that is something she can do,’ Natalie sighed.

‘But at this stage she thinks “I’ve got to give it everything,” because it’s the love of her life and she’s got a family to him.

‘We had a scene together where she says, “I’ll do everything I possibly can to keep this family together.”

‘That’s always been Moira’s thing, she’s fierce about her family.’

But how on earth will they get out of this conundrum? Cain won’t sit back and let Kyle take the fall.

And Natalie is thrilled to see young actor Huey get the limelight.

‘Seeing little Huey being able to come out into his own a little bit, he’s only ten years old, and in story terms, that’s the true age as well.

‘It’s quite a good thing to watch him grow as an actor and have more lines and dialogue and see him have his first big storyline.

‘It’s the first proper storyline for Huey, so for me on a personal note for Huey I think it’s a really wonderful thing. He’s enjoying it, he’s embracing it.’

But as for Kyle, it might get worse before it gets better.