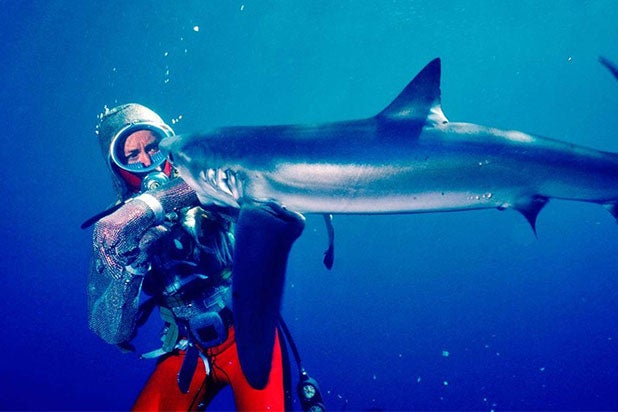 National Geographic Documentary Films has acquired the worldwide rights to Sally Aitken’s documentary “Playing with Sharks,” an individual with knowledge of the deal told TheWrap.

The documentary follows the life of Australian icon, conservationist and filmmaker Valerie Taylor, who is the reason why we know so much about sharks — she was the one who obtained first-ever footage of a great white under water.

“We couldn’t be happier to partner with Nat Geo Doc Films. It is the perfect home for ‘Playing with Sharks’ and we know Nat Geo will embrace and promote its important themes of shark conservation and trailblazing women,” Dalton of WildBear Entertainment said.

Nat Geo’s Carolyn Bernstein added: “I can’t think of a more perfect film premiering at Sundance this year for our Nat Geo Docs Film banner than ‘Playing with Sharks.’ We see it as a coming home of sorts for Valerie, after she first appeared on the cover of National Geographic magazine in June 1973. Valerie’s thirst for adventure and love for marine life jumps off the screen — hers is a truly unique and aspirational story and one we can’t wait to share with audiences worldwide.”

Anna Godas, CEO of Dogwoof, negotiated the deal on behalf of the filmmakers.